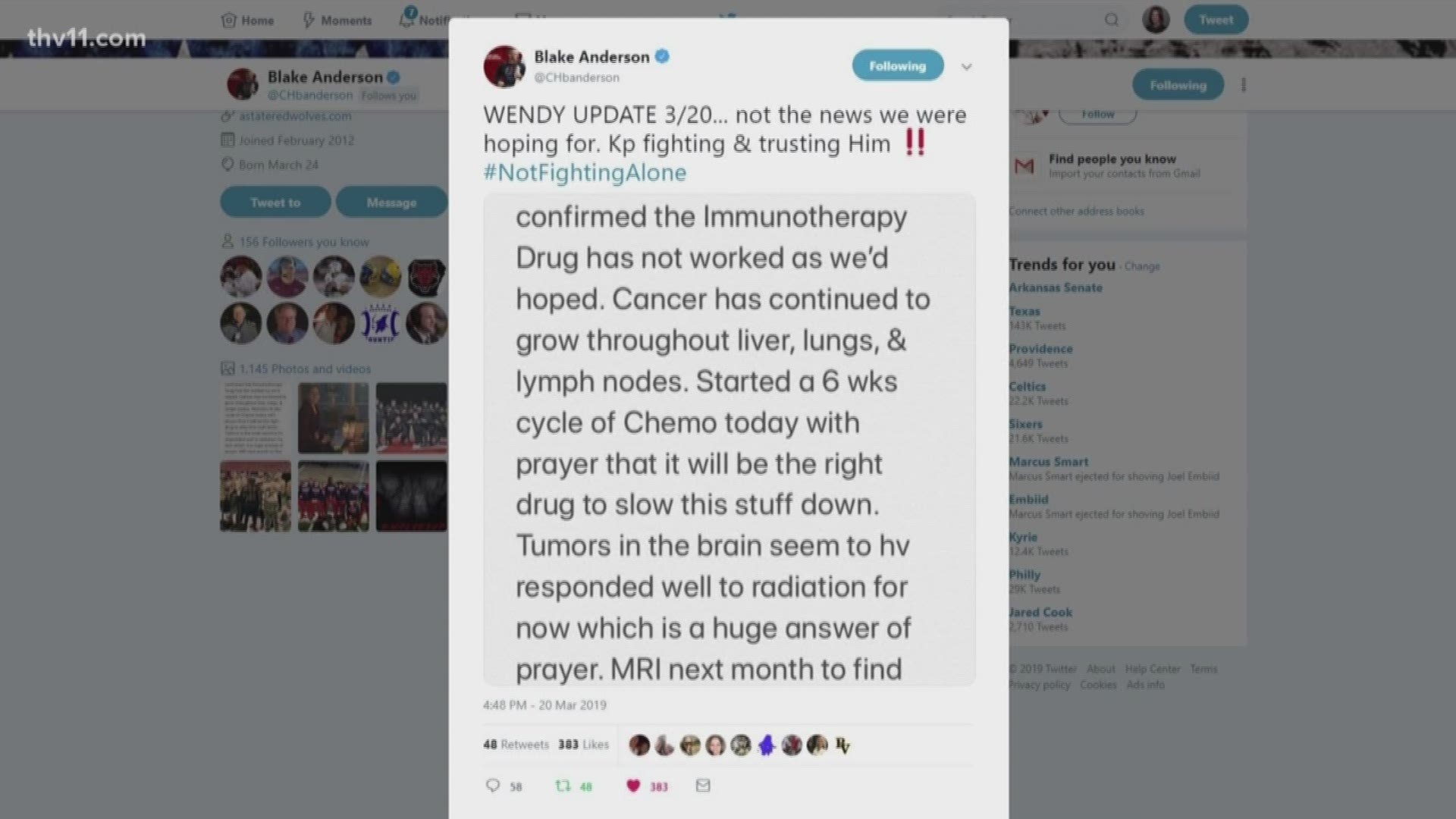 Anderson said Wendy's CT Scans confirmed the Immunotherapy drug did not work. The cancer has continued to grow throughout her liver, lungs and lymph nodes.

Wendy started a six week cycle of chemo on Wednesday, March 20. They are hoping that it will be the right drug to slow everything down.

Anderson also said the tumors in Wendy's brain seemed to have responded well to the radiation. Wendy will undergo an MRI next month to find out where she stands.

Anderson thanks everyone for their thoughts and prayers.