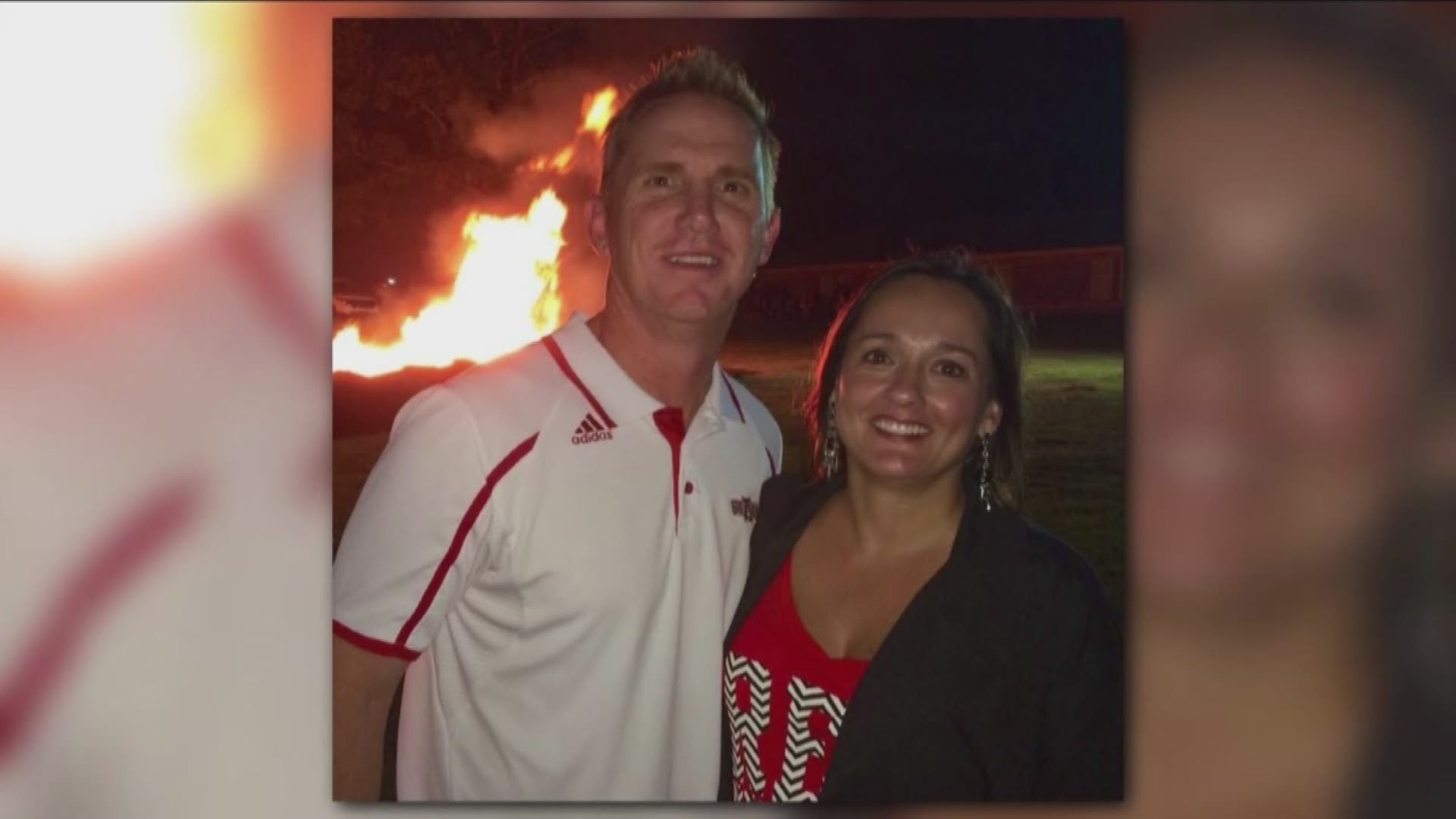 JONESBORO, Ark — Wendy Anderson is still on the road to recovery but the Anderson family is breathing a sigh of relief as they have received some wonderful news.

He says, "Praise the Lord, after months on months of bad news and cancer continuing to grow... today we got great news and huge answer of prayer. Decreases in tumors from 25 percent to as much as 75 percent in some areas of the lungs, liver, and lymph-nodes."

He goes on to say that more work is ahead, but thanks everyone for all the praying and fighting with them every step of the way. "God is so big and God is so good!" said Coach Anderson.

If you'll recall, Wendy was diagnosed last year with Stage 4 – Triple Negative Breast cancer. In December 2018, Coach Anderson said on Twitter that the cancer had “metastasized in the lymph nodes, liver, and most significantly in the lungs.” Wendy was rushed to the emergency room on Monday, Jan. 21, 2019 with severe head pain and nausea.

After tests and scans, Wendy was admitted to the intensive care unit. She underwent surgery on Jan. 24 to remove some of the pressure that the tumors were causing. And to remove two of the five tumors. She headed home just days later to recover and figure out their next course of action to fight.

The Anderson's later learned that immunotherapy wasn't working so Wendy started a six-week cycle of chemotherapy along with radiation. They were hoping that it would be the right drug to slow everything down. And it seems to be working.

Our hearts and prayers continue to be with the Anderson family during this fight. All Red Wolves nation is behind you, Wendy.