#1 LSU coming back to Atlanta for the Peach Bowl

The Tigers will play #4 Oklahoma; #2 Ohio State plays #3 Clemson in the Fiesta Bowl 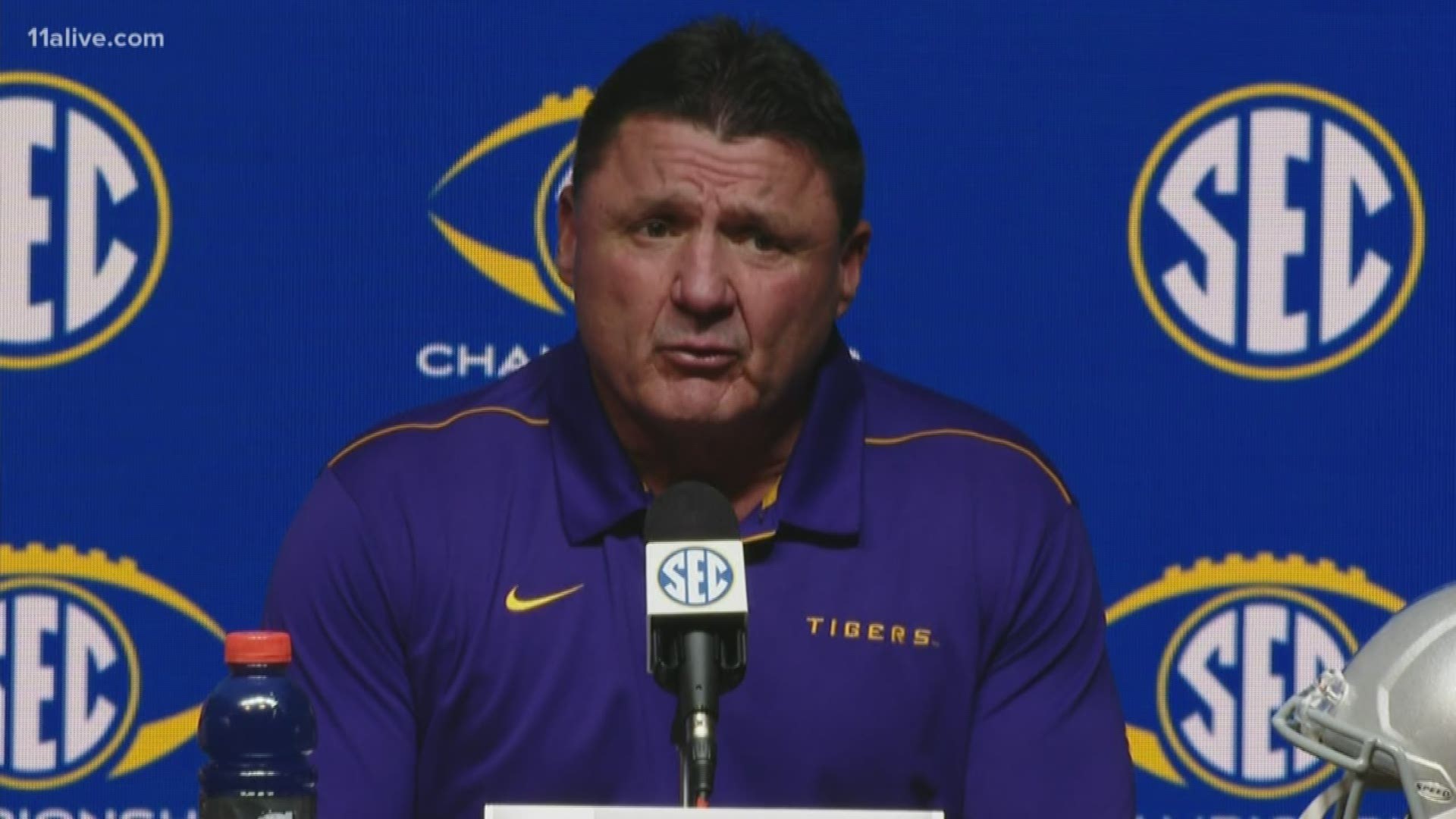 LSU has finished the regular season ranked No. 1 in The Associated Press Top 25. The Tigers are followed by Ohio State, Clemson and Oklahoma.

LSU will head into postseason having been atop the AP poll for the last seven weeks. The Sooners moved up two spots after winning the Big 12 championship.

The Peach Bowl and Fiesta Bowl will both be played on December 28, 2019, with the winners facing off on Monday, January 13, 2020 for the College Football Playoff National Championship in New Orleans.

LSU will be making its first-ever College Football Playoff Semifinal appearance, while Oklahoma will play in its third consecutive Semifinal and fourth overall.

Georgia falls to number 5 and will face the #7 Baylor Bears in the Sugar Bowl on Jan. 1.

The remaining bowl game invitations will go out over the next few hours, based on teams' records and the hierarchy of the bowl games themselves.

The remainder of the traditional "New Year's Six" bowls: The Sugar Bowl, Cotton Bowl, Rose Bowl and Orange Bowls will get first pick of the remaining top tier schools, with the Rose Bowl taking its traditional Pac12-Big10 leading matchup.

Other schools will fall into place based upon their ranking.

Announcements will come throughout the remainder of the afternoon.

Getting ready for the SEC Championship