Georgia Bulldogs still No. 3 in AP Top 25 after Notre Dame win, but get a first-place vote

Fighting Irish fell three spots to No. 10 with the loss to UGA. 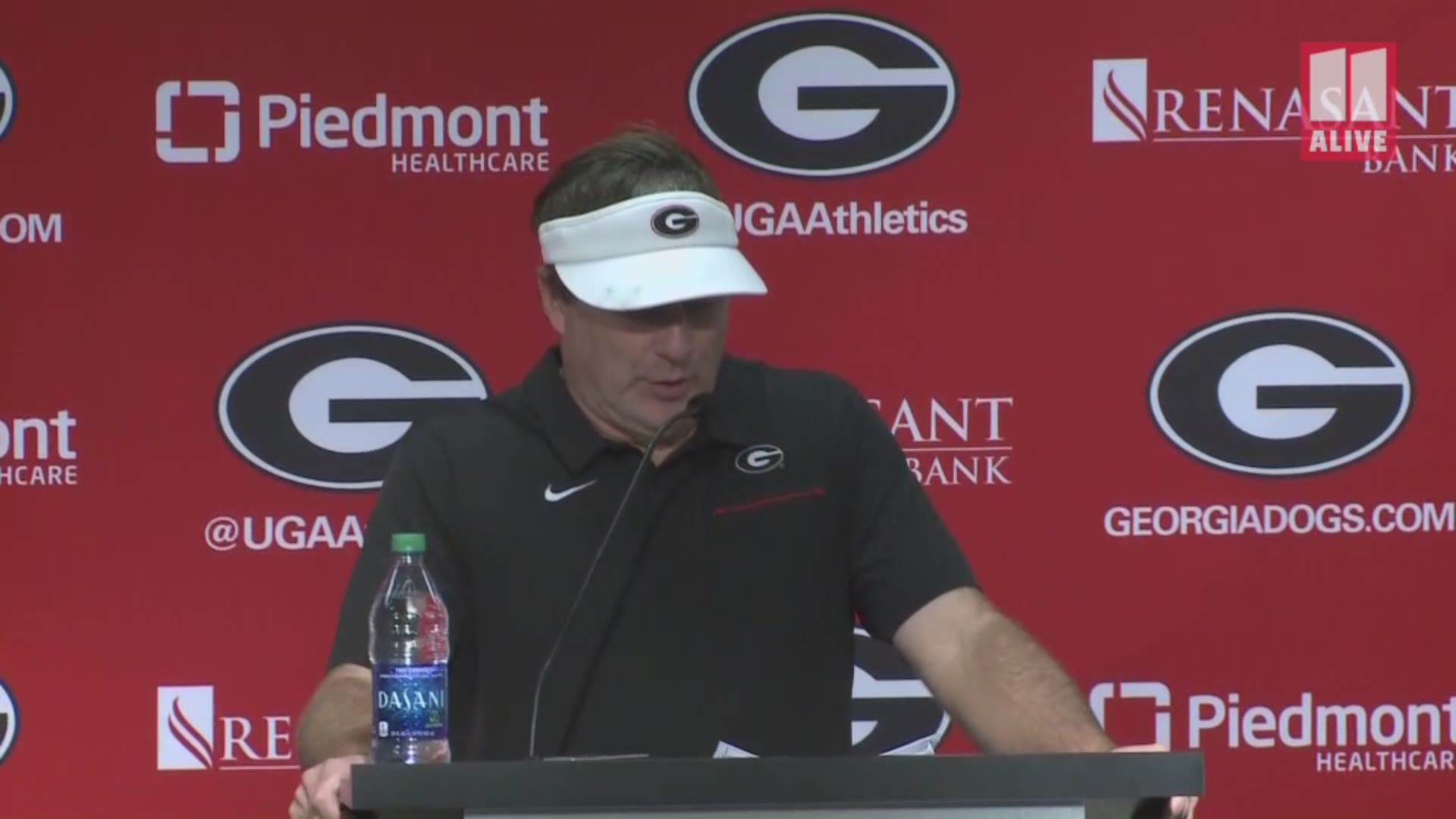 The Georgia Bulldogs got their first first-place vote of the season in the latest AP Top 25 poll after their big win over Notre Dame.

UGA's overall ranking remained unchanged, at No. 3, but the gap between them and No. 2 Alabama - 85 points - shrunk by 17 points, suggesting at least a few voters were left impressed by the victory over the Fighting Irish.

Notre Dame, for their part, fell three spots to No. 10.

Elsewhere, Wisconsin moved into the top-10 for the first time this season, landing at No. 8 in the poll after a weekend during which seven ranked teams lost.

The Badgers jumped five spots after defeating Michigan 35-14. The Wolverines plummeted to No. 20.

THIS WEEK IN BAMA

Alabama has been ranked for 200 straight weeks, the fourth longest streak since the AP poll started in 1936.

The middle of the rankings got a big makeover after five teams ranked from Nos. 10-19 lost. California was the big mover, jumping eight spots to No. 15. The Golden Bears have their best ranking since they were No. 6 on Sept. 27, 2009.

Several ranked losers managed to stay in the rankings.

— No. 19 Utah fell nine spots after losing at USC.

— No. 24 Texas A&M slipped six spots but stayed ranked with a 2-2 record. The Aggies have losses to Clemson and Auburn.

One-and-done teams are common early in the season. Arizona State and TCU both had short stays after debuting in the rankings last week. The Sun Devils and Horned Frogs fell out after losing home games.

Washington State dropped out of the rankings for the first time this season after blowing a 32-point lead at home to previously winless UCLA.

Three teams moved into the rankings but only one for the first time this season.

— No. 25 Michigan State jumped back in after a week out.