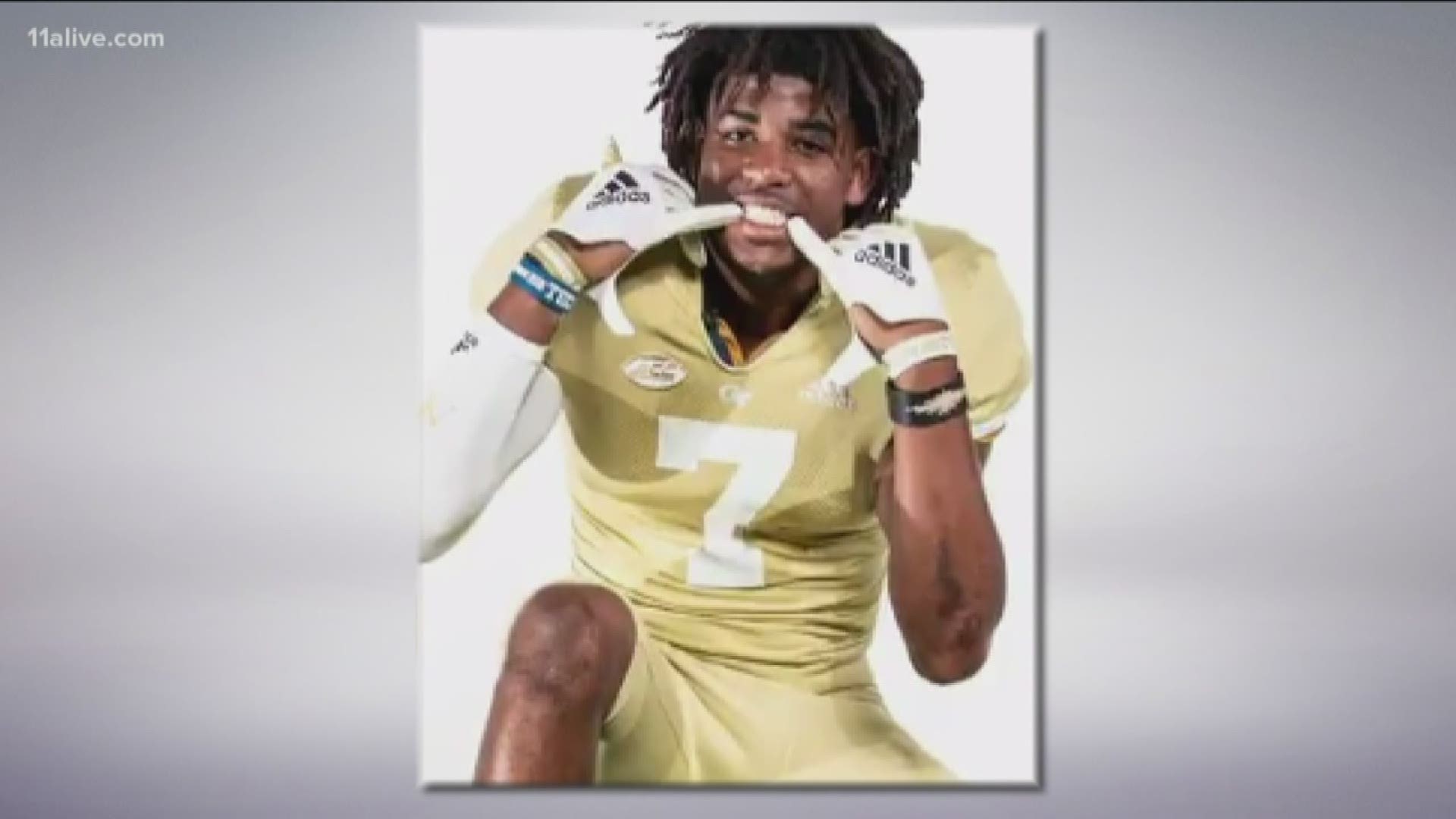 Days after a Georgia Tech signee - said to be the head of his household - died of an apparent suicide, a player on the team is speaking out about the unspoken needs and pressures on some college players.

Georgia Tech defensive back Juanyeh Thomas took to Twitter to make his thoughts known on hidden struggles among college athletes - and the need for them to be paid.

"I wasn't going to rant about anything on this New Years Day, but I just hate the fact about how people got negative input on whether student-athletes get paid or not," he wrote. "Don't get me wrong I am very appreciative to be on scholarship and get a free education, but the fact that there is parents and families of these student-athletes that need help back home, but they can't get money for the families because it's a violation to give the families money."

While Thomas never names Bryce Gowdy directly, his comments come days after the high school football standout died after being hit by a train.  It also follows details from family members that revealed the immense responsibility Gowdy had in his home life.

In a now-deleted video posted, according to NBC6, by Gowdy's mom, she spoke about how her family was now homeless and living out of a car.

“He had a lot of questions about spirituality and life,” Shibbon Mitchell reportedly said, fighting through tears while saying her family was currently homeless and living out of a car. “He kept asking if I was going to be OK; if his brothers were going to be OK.”

Gowdy's uncle spoke with NBC News saying that the rising football star was also the head of his household. Gowdy was a wide receiver at Deerfield Beach High School. Georgia Tech said he finished his high school coursework a semester early and was expected to move to metro Atlanta this weekend and start classes on Monday, Jan. 6.

And behind-the-scenes struggles are what Thomas says are a major reason for why college players should be able to financially benefit from their on-field performance.

"Just because a student-athlete is getting a free education and all this free stuff doesn't mean that this family isn't back home hurting because they are in need of things," he wrote. "You never know what people are going through, so just because we get free education, that doesn't help the fact that a family is hurting and in pain and need of stuff to provide for [their] families."

Thomas didn't elaborate on his own reasons for pushing for athlete pay but said that he has broad reasons that involve his own family.

"I just wish people would understand it's traumatizing to see your family struggling back at home and you're living your life in college," he said.