Carley McCord was honored with a memorial seat in the press box at Monday's National Championship Game. 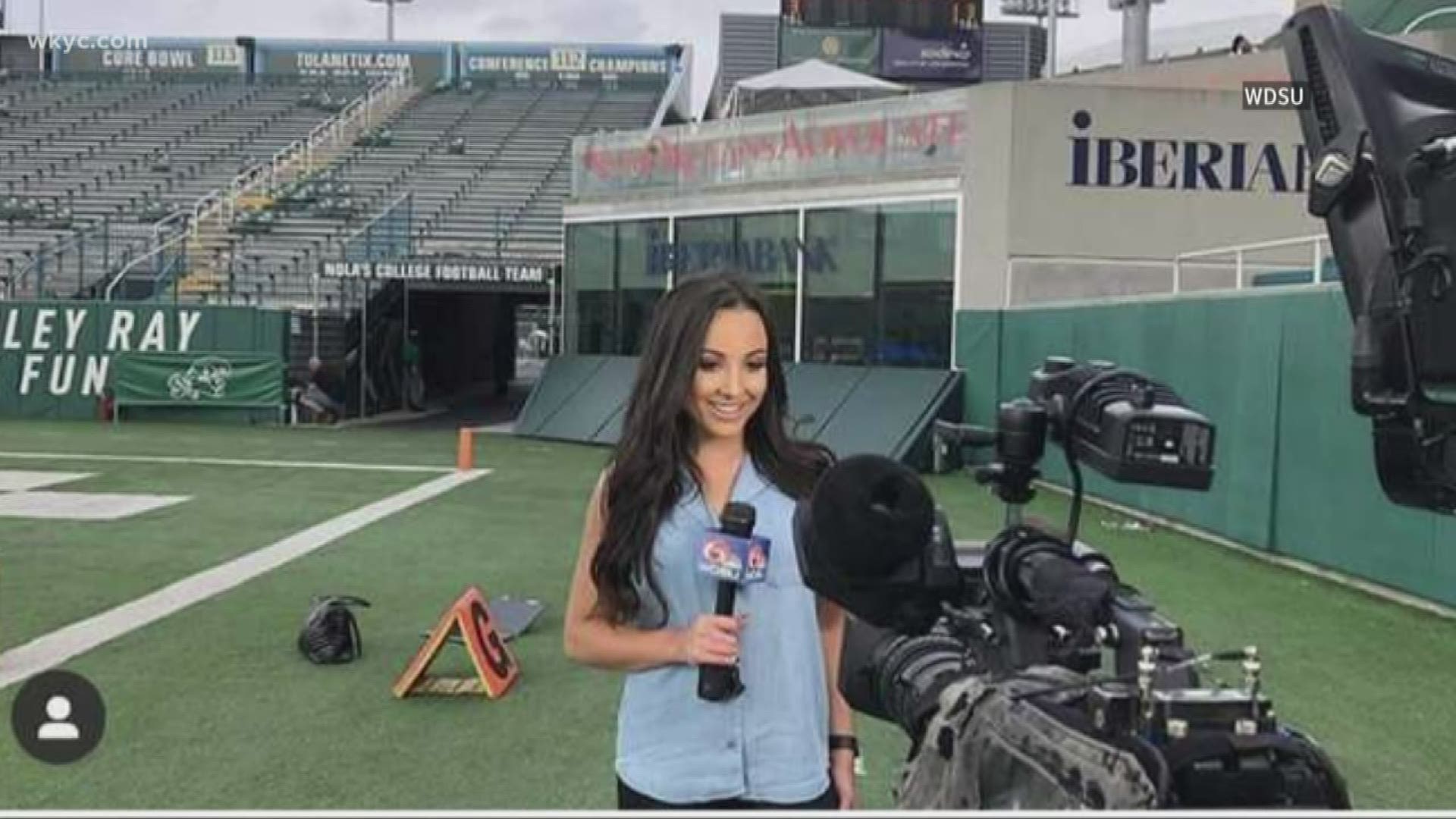 CLEVELAND — The LSU Tigers had plenty of reasons to celebrate during the 2019 season, but their College Football Playoff National Championship Game victory came with a heavy heart after a tragic loss in the program’s family.

Carley McCord, the daughter-in-law of LSU offensive coordinator Steve Ensminger, passed away in a plane crash when a private jet carrying her and five others to Atlanta for the Tigers’ College Football Playoff semifinal against Oklahoma on December 28 crashed shortly after takeoff in Lafayette, Louisiana, but she was not forgotten, not in the least Monday night.

In a touching tribute, a seat in the press box at Mercedes-Benz Superdome in New Orleans was reserved in memory of McCord and three yellow roses adorned the workspace along with a game program and reporter’s notebook featuring the College Football Playoff logo.

The tribute to McCord, 30, was reminiscent of the one the New Orleans Saints gave to the Louisiana native and former Cleveland Browns sports reporter.

Prior to their playoff game against the Minnesota Vikings at the Mercedes-Benz Superdome, the Saints gave McCord seat No. 171. In addition to reserving the spot for the late reporter, a bouquet of white roses with a white ribbon wrapped around the flowers’ stems was placed in her honor.

Despite coaching with a heavy heart in the wake of McCord’s passing, Ensminger led Heisman Trophy-winning quarterback Joe Burrow to another record-setting performance for the Tigers.

The former Ohio State Buckeyes quarterback completed 31 of his 49 attempts for 463 yards and five touchdowns, while running for another 58 yards and one score on 14 carries on the way to LSU’s 42-25 win over Clemson, which secured the school’s fourth National Championship.

Following the game, Ensminger and his son, Steven Jr., shared an emotional embrace on the field.

Ensminger Jr. remained on the field for the celebration and captured a photo of the confetti-filled turf, which he posted to Facebook with an emotional caption.

Steven Ensminger Jr.
This ones for you baby! I love you! Carley Ann

As Ensminger Jr. walked on the field after the win, he was not only embraced by his father, but also, several LSU fans, who, according to NBC News correspondent Sam Brock, expressed their support for him and his family during this difficult time.

“You don’t know me, but we’re standing with you,” one fan told him.