Berry College player was told 14 months ago he would likely never be able to walk again. 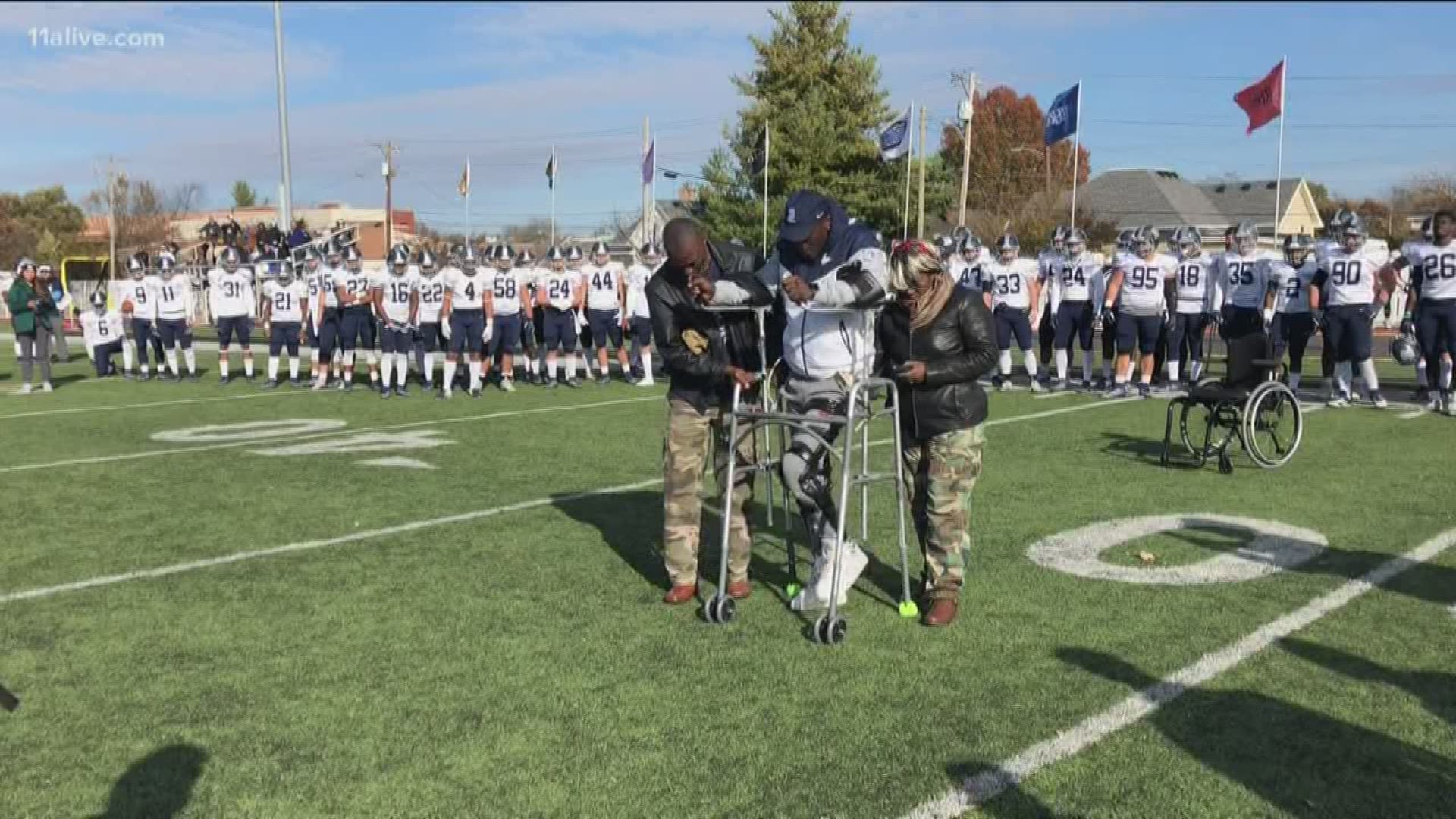 DANVILLE, Ky. — Most of the time, we hear about the big games and the road to the College Football Playoff and everything surrounding it.

But sometimes, we have to be reminded that there are things bigger than football. Bigger than us all, even though they are in our back yard.

Berry College is in Floyd County, just outside of Rome, Ga. The Berry Vikings compete in Division III football, and while their games are not played in gigantic football coloseums like Sanford Stadium or Mercedes-Benz Stadium, the games themselves are contested with just as much vigor and aggression as the games we see with the Yellow Jackets or the Bulldogs.

The Berry campus newspaper said that the Centre team asked the Vikings to join them on the field in prayer immediately following Edwards' injury in the football game.

Edwards, a pre-med student from Helena, Ala., was told at the time that he probably wouldn't be able to walk again.

On Saturday, 14 months after his injury, Edwards returned to Danville, and aided by a special walker along with his parents, he walked back onto the Centre College football field -- to the very spot where his injury occurred.

As he walked, he was accompanied by the cheers of his Berry College teammates, as well as those of the opposing players from Centre College.

When he got to the spot on the field, Edwards was handed a microphone and he thanked everyone for the support and prayers he has received. He told them he has always had faith that God would bring him through.

"The doctors told me I was paralyzed; I told them I wasn't. They told me I had a 20 percent chance to walk again," he said. "I kept that faith. I kept believing. Every day was tough."

The players from both schools were gathered around Edwards, side-by-side, without regard for which team they played for as Edwards continued, quoting the Bible.

"'Faith is the substance of things hoped for, the evidence of things not seen.' Trials and tribulations will always come in this life," he said. "But have faith. You can do all things through Christ who strengthens you. Keep the faith and trust in God -- and watch Him work miracles."

Berry College defeated Centre on Saturday, 45-22 and plays the final game of their regular season next week, at home against Austin College.