The Bulldogs won their 20th opener in 23 seasons and stayed perfect to kick off coach Kirby Smart's fourth season. 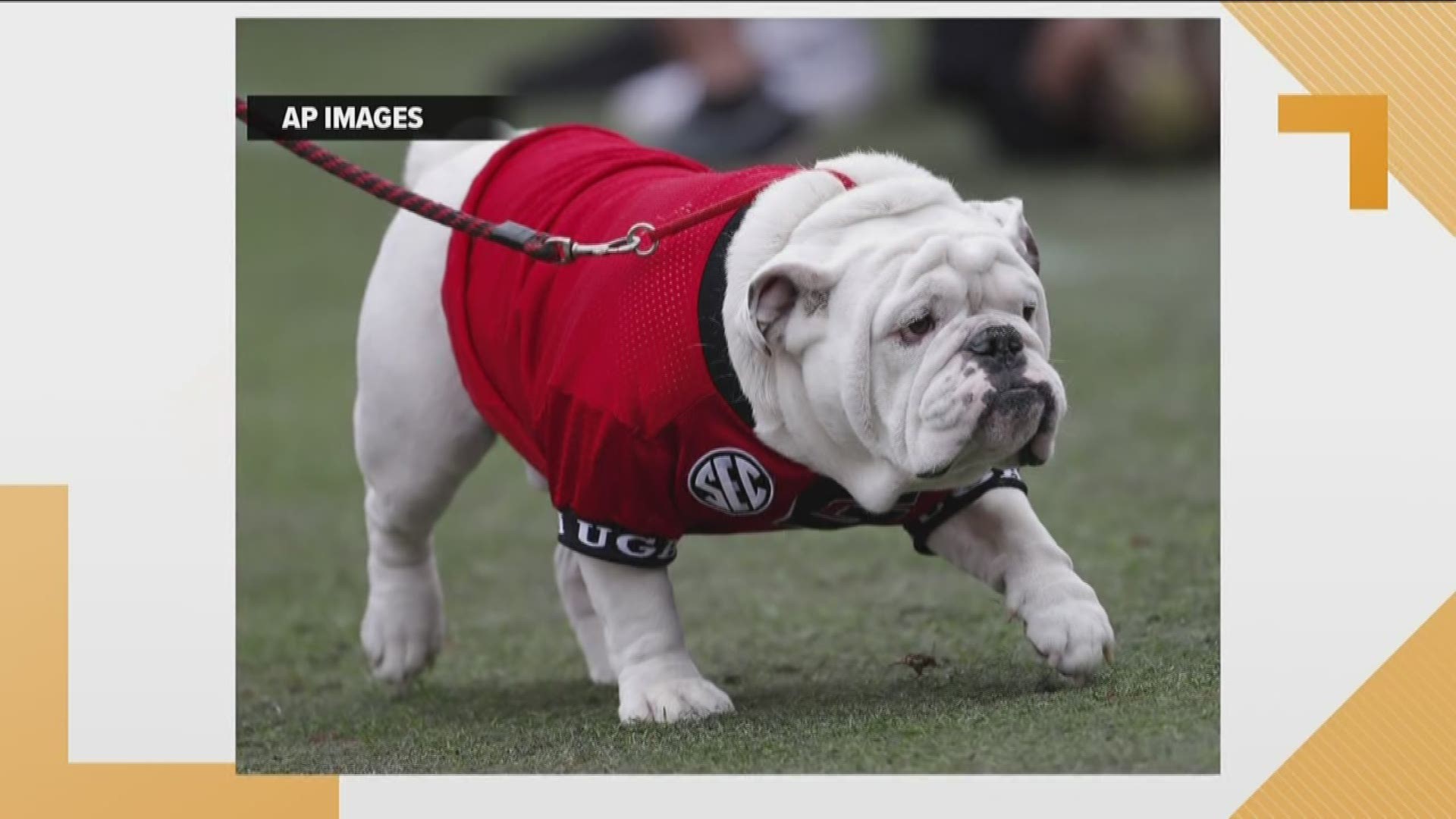 NASHVILLE, Tenn. — Coach Kirby Smart thinks his third-ranked Georgia Bulldogs showed him a glimpse of just how good they might be this season in a rare season opener inside the Southeastern Conference on the road.

The Bulldogs won their 20th opener in 23 seasons and stayed perfect to kick off coach Kirby Smart's fourth season. They also easily won their 14th straight against the SEC's Eastern Division in their first league game to open a season since 1995.

It sure didn't feel like a road trip with fans taking advantage of a holiday weekend to paint the stadium Georgia red. The Bulldogs rewarded them by scoring a touchdown on their first three possessions, giving the fans plenty to start celebrating early.

RELATED: Georgia State to get $950,000 from the SEC team they just beat

"I think it's pretty obvious, it seemed like they took over a majority of that stadium," Smart said. "It sure felt like a home game with the people there, the fourth-quarter lights. Pretty special. I think they travel well, and I think Nashville's a great place to go and our fans all came to be a part of it."

D'Andre Swift ran 16 times for 149 yards, and Brian Herrien added 65 and a TD run as the Bulldogs rolled up 326 yards rushing. Georgia finished with a 481-225 edge in total offense, and the Bulldogs also had two sacks and recovered a fumble.

"We have a chance to be explosive offensively, and we're going to try to be aggressive defensively," Smart said. "The backs I kind of knew about. The wide-outs got some chances to make some plays, a couple balls."

RELATED: Matt Bryant to try out with Falcons, he says

But the Commodores were without three starters, including two on the offensive line with both left tackle Devin Cochran and left guard Saige Young out with injuries. That left Neal with little time to throw against a Georgia defense that returned seven starters on a unit that was 15th nationally giving up just 19.2 points a game last season.

Neal finished 15 of 25 for 85 yards before being replaced by Deuce Wallace for the final possession. Vaughn was held to 74 yards on 15 carries.

"We were never able to really get the pass game started and going," Vanderbilt coach Derek Mason said. "Don't know what that is. We'll get back and look at it and figure out where we need to go. I thought at times we ran the ball effectively. We've got to have more balance to what we do."

Vanderbilt managed only a pair of field goals by Ryley Guay of 26 and 46 yards.

Playing a league opponent, on the road no loss, to open the season should be more than enough to keep Georgia at No. 3.

Georgia: The Bulldogs came into this season needing to replace their top six pass-catchers from 2018 with four of those going to the NFL. Fromm showed he had no issues finding someone else to throw to, going 7 of 8 for 97 yards to open the game. Fromm completed passes to eight different receivers. But they struggled to pad their lead in the second half, settling for a trio of field goals by Rodrigo Blankenship. Kearis Jackson also fumbled at the Vandy 5 in the fourth quarter after a 32-yard reception.

Vanderbilt: The Commodores now have lost three straight to Georgia since pulling off a 17-16 win in Athens in 2016. They also gave up more yards rushing than in any game last season.