Fields is thriving in Ohio State's offense but shared his thoughts on his time at UGA - and why he decided to leave the program - while in Atlanta on Wednesday. 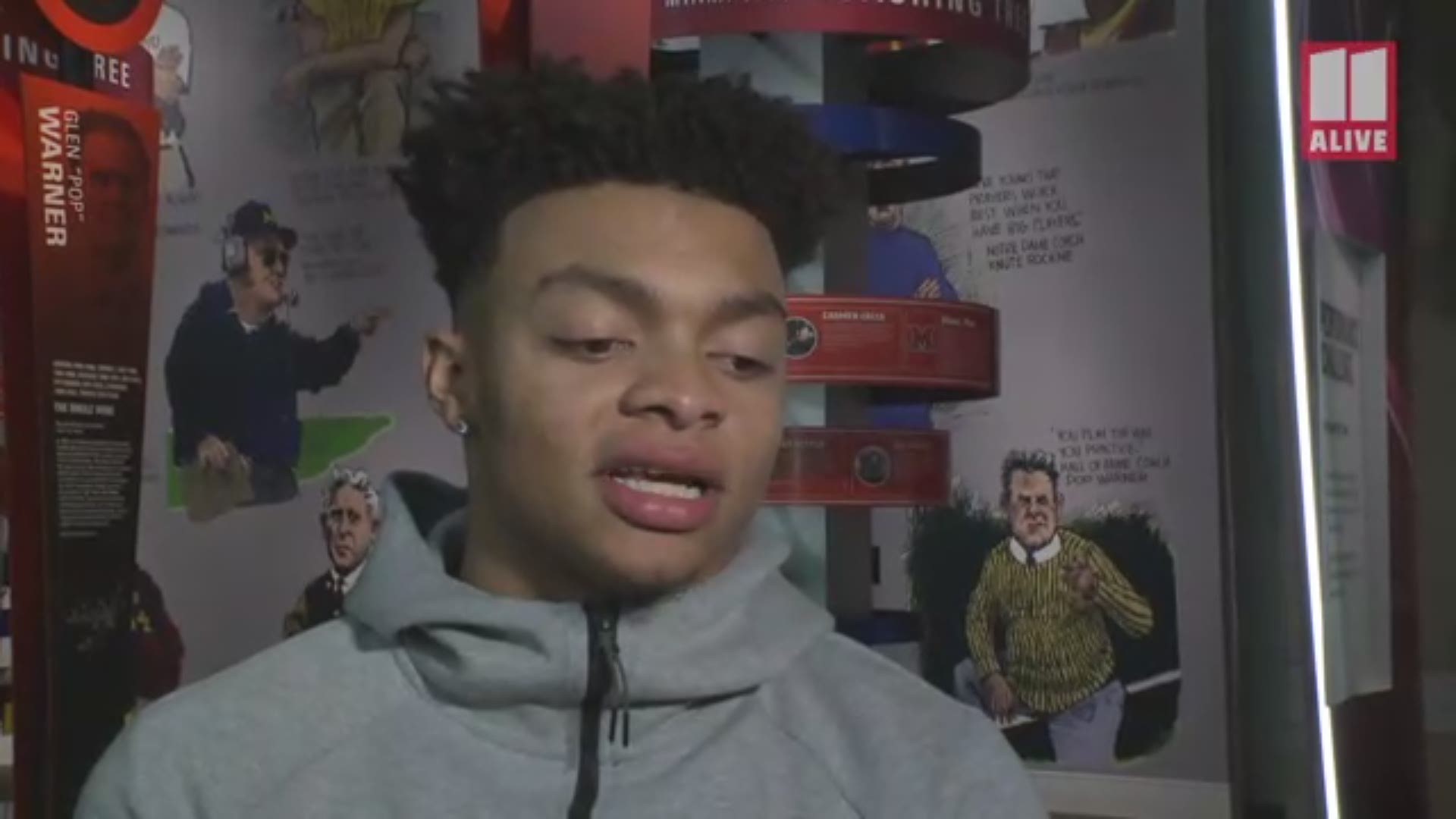 ATLANTA — Downtown Atlanta hosted college football's finest athletes at The College Football Hall of Fame Wednesday night, and Justin Fields starred as the main attraction. He is considered to be a favorite for the Heisman Trophy Award

But he wasn't bombarded with questions about winning the Heisman, nor his highly anticipated match-up with Trevor Lawrence.

Instead, Fields was forced to reminisce on his time spent at Georgia before he announced his transfer to The Ohio State University.

Reporters didn't hesitate to flood him with questions about his past, despite his promising career as a future NFL quarterback.

Fields has lived up to expectations he faced coming out of Harrison High School, but he wouldn't be where he is today if he didn't overcome his hardships at Georgia.

Now, the sophomore quarterback is thriving at Ohio State with a chance to win a National Championship. But, at one point, Fields wanted to hit the restart button.

Ohio State is 543 miles from Fields' hometown of Kennesaw, Ga. The distance from his family - not the backlash he received from UGA fans on Twitter - was what made him question his decision to leave Athens.

"I called my dad and I was like two weeks into it or a week and a half into it and I was like 'Dad, I think I want to go back to Georgia'," Fields said. "I was comfortable there [UGA], so I think when people do uncomfortable things, that makes them stronger at the end, so I'm glad I stayed."

"Credit to my dad for just helping me out and just keeping God at the center of my life and really just kind of helping me through it," he added.

The decision to leave Georgia wasn't easy for Fields, but sitting on the bench was much harder for the dual-threat quarterback.

"I think every football [player] out there in college football wants to play every play on the field," Fields said. "So, we do it because we love the game, so if they don't like it, that's that, really."

Fields said he still keeps in touch with "too many" Georgia players to name, but he is ultimately focused on his team's match with Clemson.

Both teams will play in the Fiesta Bowl on Dec. 28 and kickoff is set for 8 p.m.