Just weeks ahead of a Rose Bowl shootout with Georgia, and with a national championship on the line, Oklahoma's star running back and leading rusher Rodney Anderson has been accused of sexual assault. 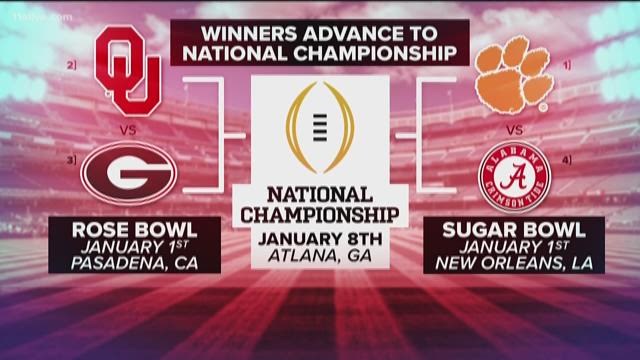 A woman accused Oklahoma running back Rodney Anderson of sexual assault in a petition for a protective order, a claim Anderson’s attorney called “patently false” in a statement Tuesday.

The woman sought a protective order in Cleveland County (Okla.) district court on Monday, and the contents of the filing were made public on Tuesday. She said that Anderson attempted to digitally penetrate her and bit her, according to the order. The alleged incident took place Nov. 16 at the woman's apartment after meeting Anderson at a bar, although in the filing, she said she only recalled what allegedly took place after a conversation with a friend this past weekend.

“Mr. Anderson is shocked and disturbed by (the alleged victim’s) claims,” Derek Chance, Anderson’s attorney, said in a statement. “The allegations are patently false. Mr. Anderson did not, nor would he ever, force himself on any woman."

► RELATED | UGA to play Oklahoma in the College Football Playoff

USA TODAY Sports does not disclose the names of alleged victims of sexual assault.

Anderson is the Sooners' top rusher this season. The school faces Georgia in a national semifinal, the Rose Bowl, on Jan. 1.

Reached Tuesday, the Oklahoma athletic department reiterated the statement to USA TODAY Sports that it had released Monday night — saying the school was still gathering information.