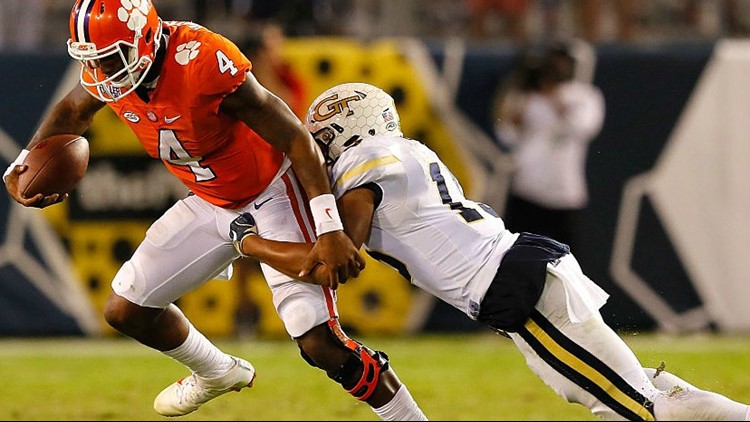 The school announced that defensive back A.J. Gray will no longer suit up for the Yellow Jackets, citing a heart condition.

“I’m extremely saddened for A.J., Jake and our team but, in the big picture, health always trumps football,” head coach Paul Johnson said in a statement.

A two-year starter at free safety, Gray had appeared in 33 games over three seasons with Georgia Tech (2015-17). His career stats include: 147 tackles (113 solo), six tackles for loss, three interceptions, two fumble recoveries and one sack. In last year's 33-7 home rout of North Carolina, Gray captured ACC Defensive Back Of The Week honors thanks to a pair of interceptions.

Gray missed spring practices this year because of an injury. It's likely it was related to the heart condition.

In other news, offensive lineman Jake Stickler won't be playing football for Georgia Tech this fall because of an undisclosed medical issue.

"I'm grateful that A.J. and Jake will be able to continue to attend Georgia Tech and earn their degrees."