This is the third UGA player to be arrested since the SEC Championship. 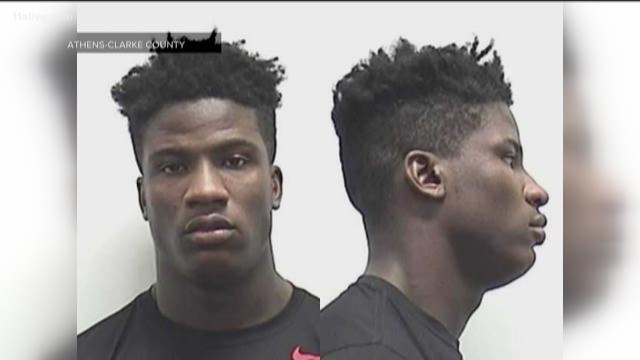 Brini was arrested at about 6 p.m. by Athens-Clarke County Police on Tuesday. He posted bond of $5,700 and was released after 9 p.m.

Brini is a freshman and redshirted this season. He was a 3-star defensive back and the 77th ranked player coming out of Florida in the Class of 2017.

Brini is the third player to be arrested since the SEC Championship.

Linebacker Natrez Patrick was arrested with teammate Jayson Stanley hours after the game for possession of marijuana less than one ounce. Stanley was also charged with DUI-drugs and speeding.