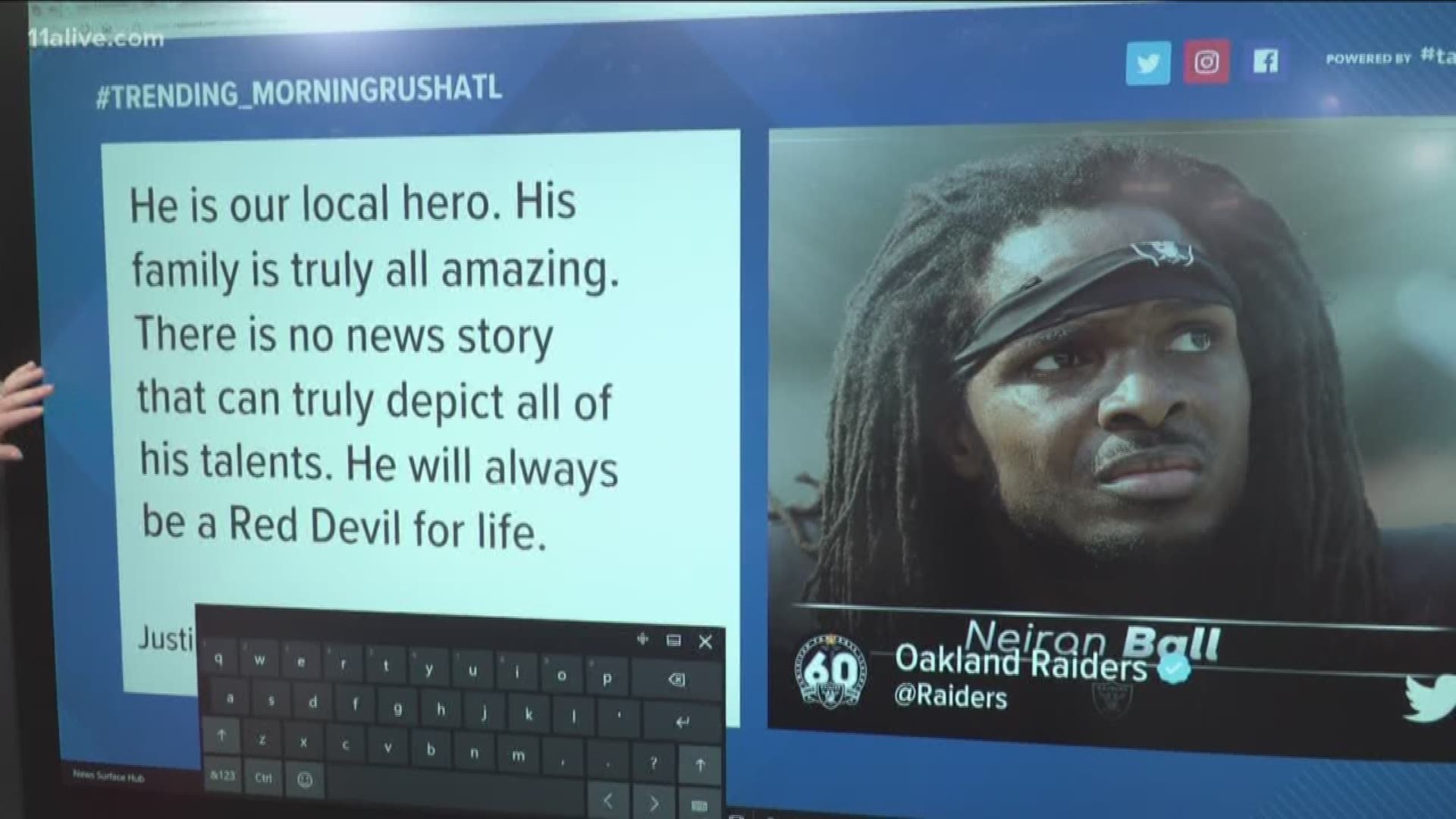 Ball's death came nearly a year after he suffered a brain aneurysm and was placed in a medically induced coma at Emory University Hospital in Atlanta. In late July, the Ball family announced that the Georgia native was out of the coma but was a quadriplegic.

"The Ball family is grateful for the prayers, donations and immense support of Neiron and his recovery," Myricks said in her statement. "Neiron was a very special and loving father, brother and teammate. Neiron has transitioned to a place of peace."

Added the Sports & Entertainment Group: "Neiron was a rare and special spirit with the ability to touch anyone he met. His talent was met with relentless drive, no matter the obstacle. ... Neiron was a loving and cherished father, brother, and teammate. He will be missed dearly."

After attending Jackson High School, Ball - a former 11Alive #Team11 star - went to the University of Florida to play for the Gators.

Ball sat out his sophomore season at Florida in 2011 because of a congenital condition called arteriovenous malformation, which causes the brain's blood vessels to get tangled and rupture. He recovered after a year away and played in 33 games — with 16 starts — during his final three seasons in Gainesville.

The Raiders selected Ball in the fifth round of the 2015 NFL draft. He played in six games as a rookie before landing on injured reserve. He was on IR again in 2016 and then waived with a non-football injury designation in July 2017.

"Anybody that came in contact with Neiron Ball liked him," former Florida coach and current South Carolina coach Will Muschamp told the Orlando Sentinel last month. "I don't know if I could find anybody on earth that did not like Neiron Ball. He's just one of those people that just has that certain personality that is just electric with people.