It took the artist six days to complete the mural using spray paint. 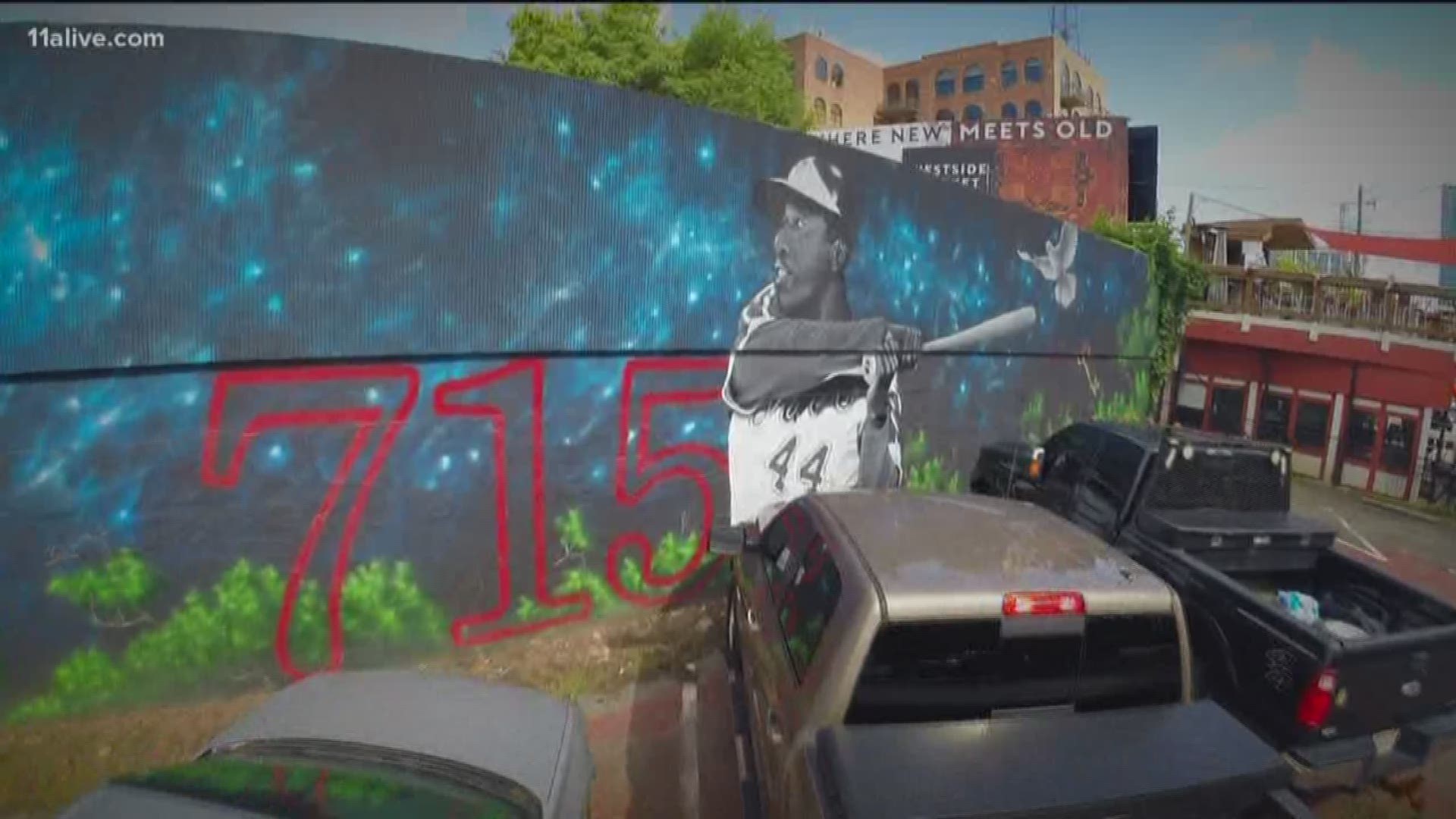 The MLB Hall of Famer was honored in front of thousands at Tuesday night’s Braves game against New York Mets.

Suntrust Park isn’t the only place in metro Atlanta that is recognizing the home run king. There’s a beautiful new mural honoring the baseball legend in Buckhead on Roswell Road.

The mural was commissioned by the Braves and created by muralist Thomas Turner who works closely with the ABV Agency which represents artists around Atlanta. Turner said it started with him presenting his vision to the Braves with a sketch. 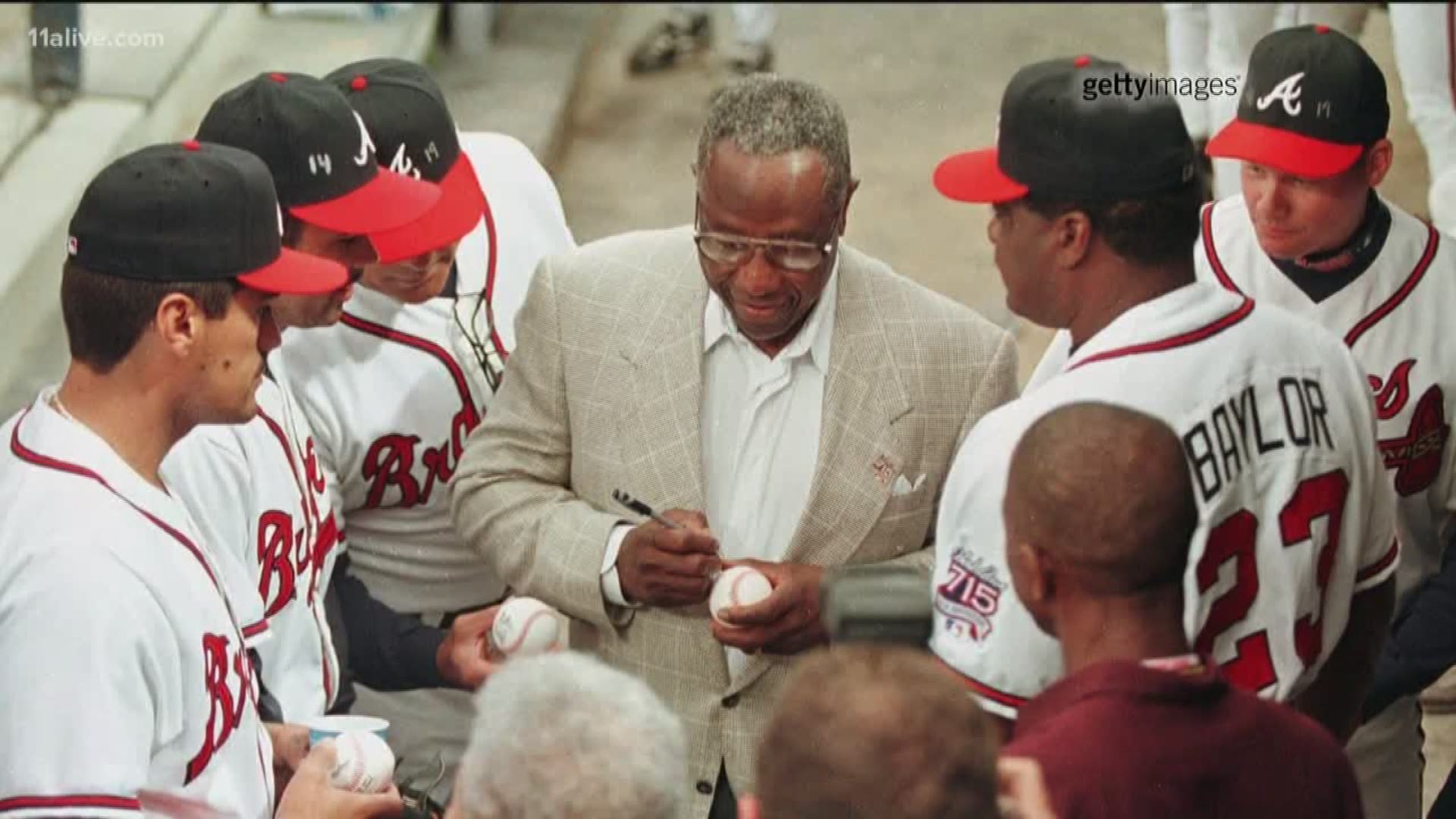 Turner took six days to complete the mural by using spray paint. He painted a dove to represent Aaron’s peaceful nature and the bird is holding a key which represents Aaron unlocking locked doors in life.

Aaron was also painted as a larger than life figure with the picture showing him hitting the 715th home run, breaking the record against Hall of Famer Babe Ruth.