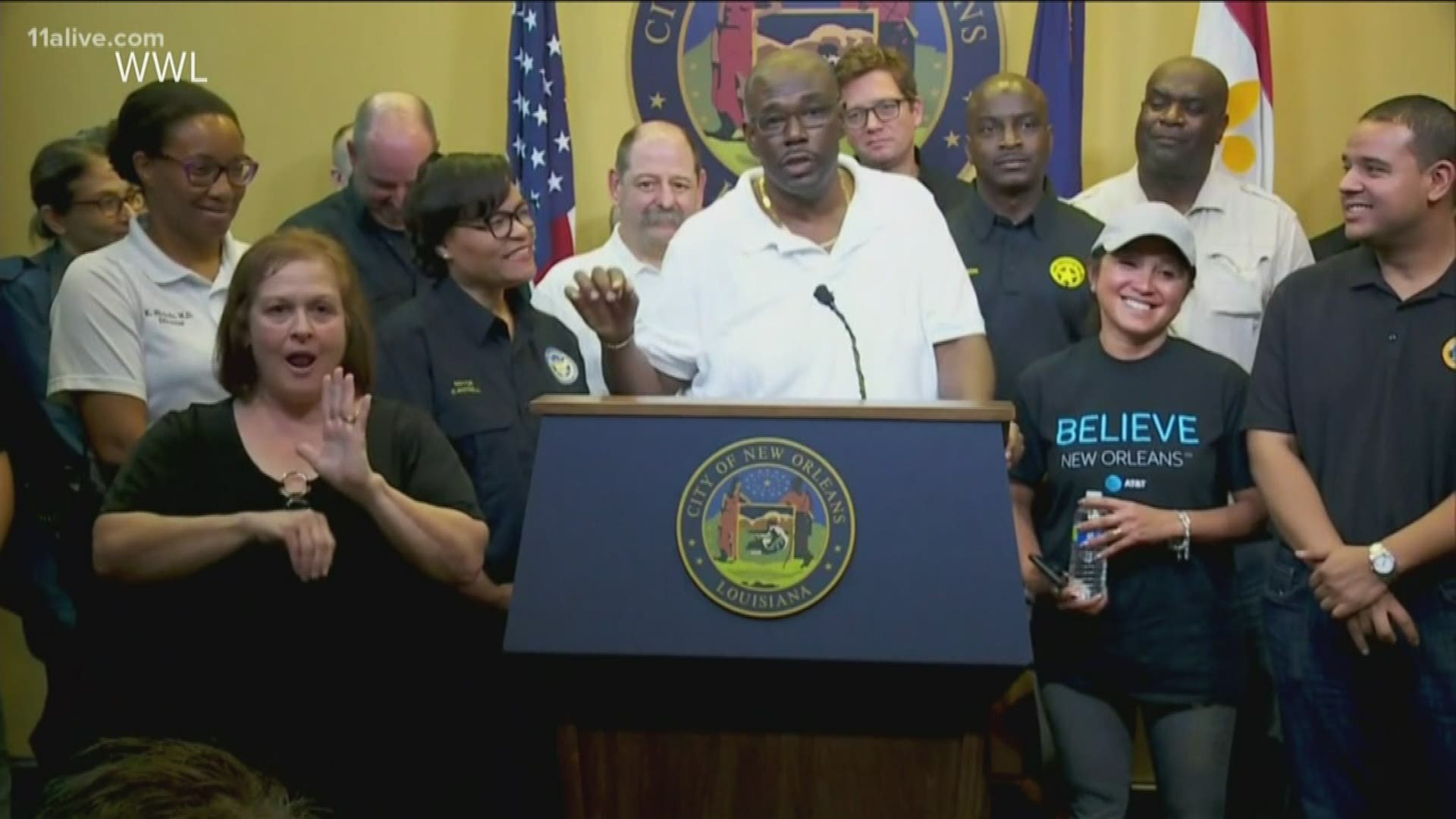 To make sure everyone received the message, New Orleans city councilman Jay Banks appealed to the Saints fans listening by using a sports metaphor.

"My various esteemed colleagues have spoken in Spanish and Vietnamese. I don't know neither one of them. I do know some 'Who Dat' though," Banks said. "New Orleans don't choke. Do not be like that team in the Super Bowl and thought the game was over, and went home and did not win. We have to remain focused on this thing until it is done, and it is not done yet."

Banks was evidently referring to the Saints' bitter rivals, the Atlanta Falcons, who blew a 28-3 lead in Super Bowl LI to the New England Patriots. The point he was trying to make was pretty clear.

Hurricane Barry made landfall Saturday. It weakened to a tropical storm soon after landfall but has still caused power outages and flooding. This was Banks' way of telling residents that they weren't out in the clear yet.

This isn't the first time Banks has taken shots at the Falcons. Banks fired back at Atlanta Mayor Keisha Lance Bottoms in January after she said she didn't want the Saints in Super Bowl LIII in Atlanta.

“I’m sorry she feels that way. We would welcome them here,” Banks said. “At the end of the day, they shouldn’t be mad at us that they suck.

“It’s not our fault that they choked."

Lance Bottoms got the last laugh thanks to the referees.

Rivalries aside, Banks got the message across to ensure people continue to stay safe.