The decision comes just hours after the Falcons' 23-16 loss to the Panthers ringing the team to an 0-5 record for the season for the first time since 1997. 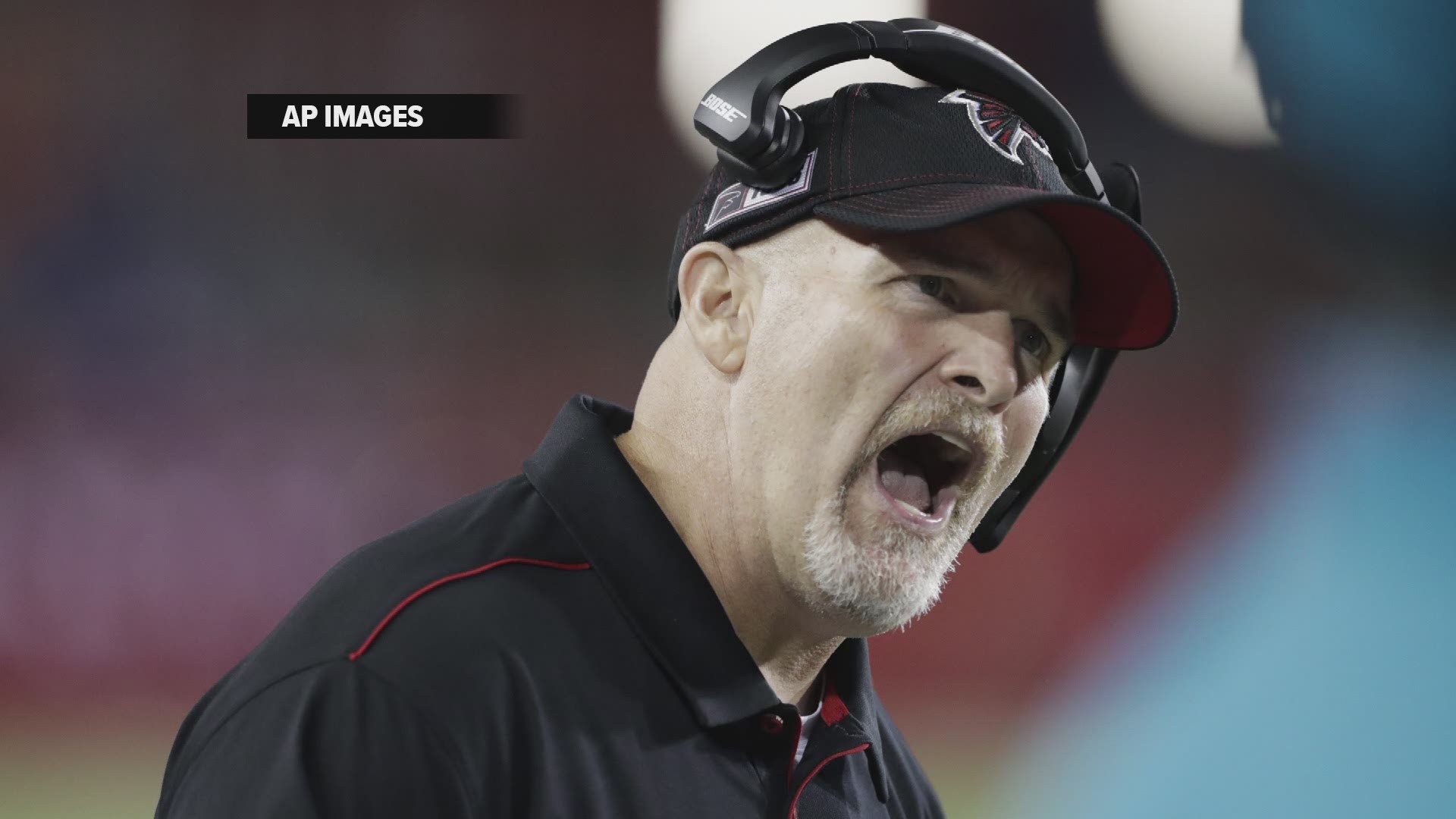 ATLANTA — Two of the most recognizable names tied to the Atlanta Falcons have been fired following a dismal start to the 2020 football season.

Head Coach Dan Quinn and General Manager Thomas Dimitroff were "relieved of their duties, effective immediately," the organization announced by tweet just before 10 p.m. on Sunday.

Quinn had led the Falcons since the start of the 2015 season and leaves the program with a 43-42 record.

The Falcons also shared a message from team owner Arthur Blank about the two men.

"For many years, they have represented me, our team, organization and Atlanta with class, commitment and all the passion you would want in the leaders of the team," Blank said.

The decision comes just hours after the Falcons' 23-16 loss to the Panthers bringing the team to an 0-5 record for the season for the first time since 1997.

"Our finish in 2019 earned an opportunity to show that momentum could be continued and built upon, but that has clearly not happened," Blank said. "And overall, the last 3-plus seasons have fallen short of my commitment to Atlanta and to our fans everywhere."

The Falcons will travel to Minnesota next Sunday to face the Vikings.