A tweet from the team, along with a letter to fans from team owner Arthur Blank promises the change. 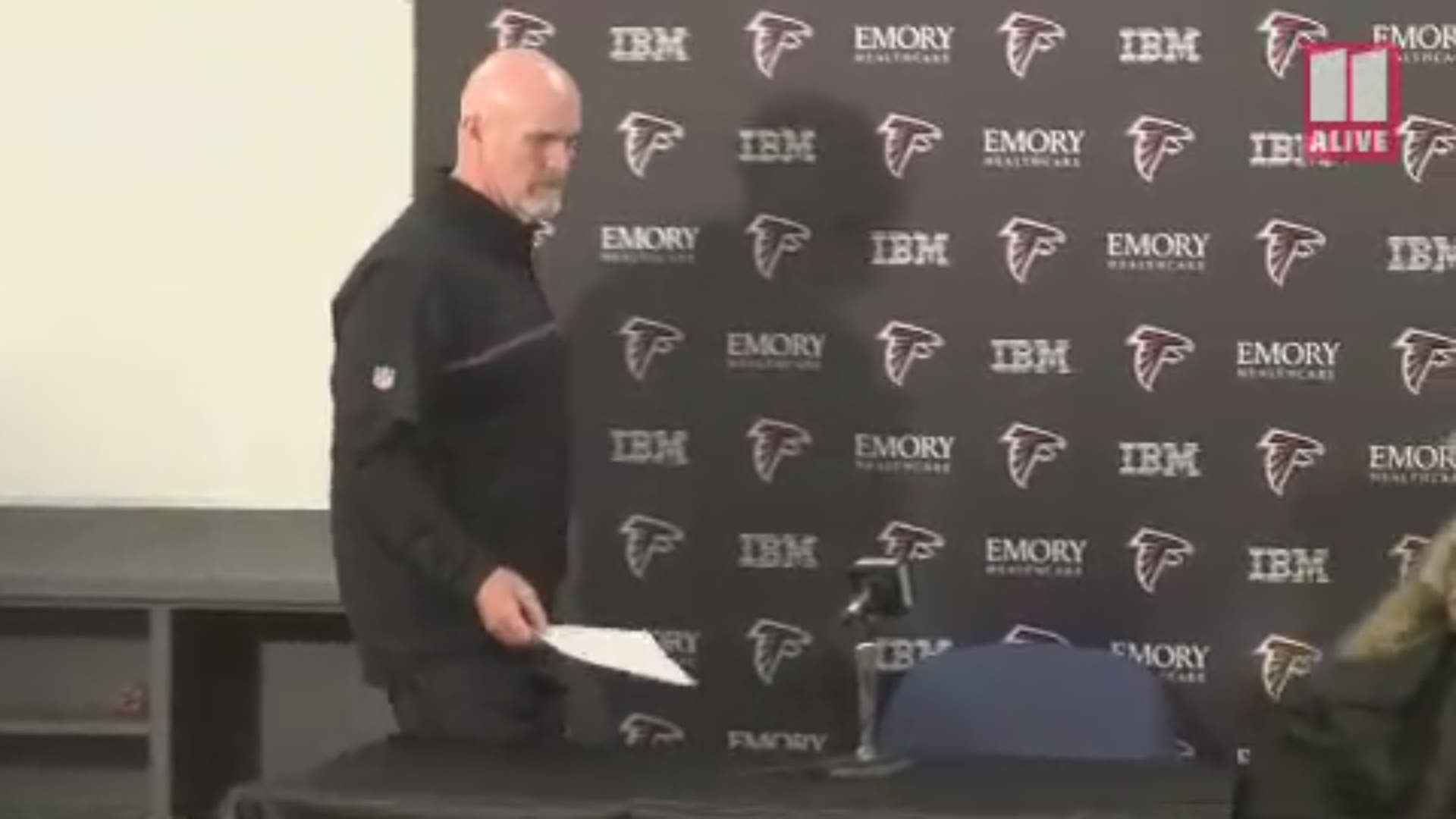 ATLANTA — The Atlanta Falcons are changing their uniforms for the first time in nearly 20 years, according to a letter to fans from team owner Arthur Blank on Tuesday.

"The Falcons have a proud tradition of bringing people and communities together from all walks of life, and our shared passion for winning football helps fuel this team," Blank said in the letter. "As I stated when I purchased the Falcons in 2002, my promise remains the same: to bring a championship team to both our city and our community -- on and off the field."

In 2003, the Falcons dramatically changed their uniforms, logo and helmets from its classic all-black scheme, with a black helmet and classic black-and-white Falcon logo.

The logo made the most dramatic change -- with the standing Falcon "F" shifting to one that leans forward, with talons outstretched, bold strokes of red mixed with the classic black in the logo.

"In the true spirit of our core values, we continue to listen and respond to you, our most loyal fans. Everything we do, whether it's upgrading season ticket member benefits or enhancing the gameday experience, is about demonstrating our commitment to you," Blank said. "We are thrilled to let you know for the first time since 2003, we will unveil a new Falcons uniform design in April 2020."

Many fans asked for new uniform designs for the Falcons, especially after other teams have redesigned their uniforms across the league.

"Time and again, we've heard you ask for new uniforms over the years," Blank said. "We've listened to your feedback and worked closely with Nike and the NFL over the past two years to create a look that represents you and reflects Atlanta's culture, pride and unity."

Most NFL teams unveil their new uniforms and new team looks each year in just in advance of the NFL Draft. The 2020 NFL Draft is scheduled for Thursday night, April 23, in Las Vegas.

5 commercials you thought were Super Bowl ads, but weren't