With the franchise QB signed, sealed and delivered, the Falcons are in a perfect-storm mode of having top-five talent across the board, without the immediate obligations of fielding an exorbitant payroll. 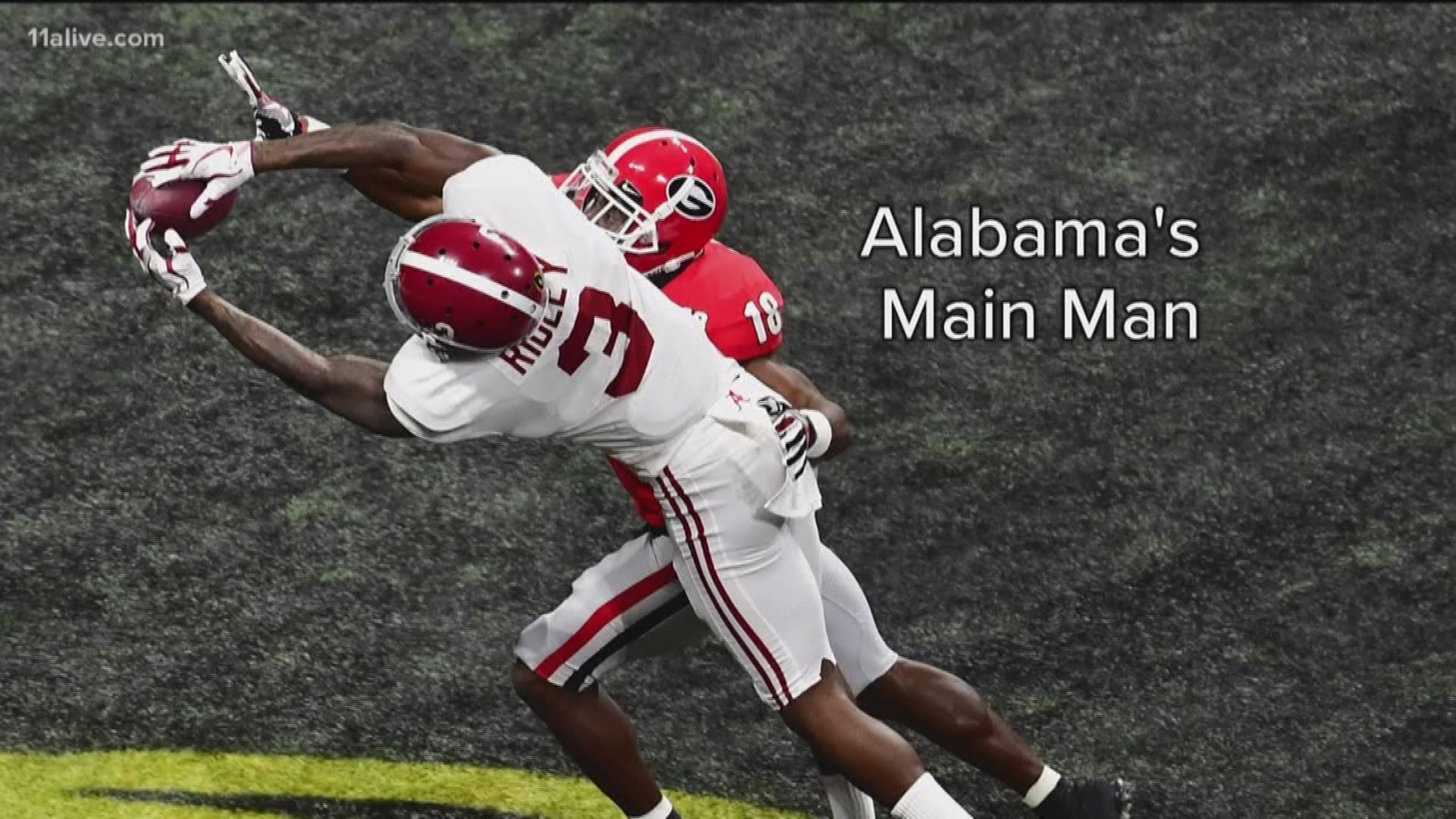 FLOWERY BRANCH, GA—There wasn't much doubt about quarterback Matt Ryan and the Atlanta Falcons coming to terms on a contract extension, outside of pinpointing the precise date over the spring and summer months.

For starters, Ryan has been a model face of the franchise over the last 10 years, racking up 41,796 yards passing, 260 touchdown passes, six NFC South titles, one NFC championship and one NFL MVP award during that span, while bringing much-needed stability to the club straight out of college—just one year after the Michael Vick/dogfighting debacle from 2007.

Ryan also represents the Falcons' greatest hope for a championship down the road, perhaps by default.

In the Ryan era, which began in 2008 (No. 3 overall pick), the Falcons have fielded an underwhelming lot of primary backups, including Matt Schaub (at the tail end of his career), Luke McCown, T.J. Yates, Sean Renfree, John Parker Wilson, Chris Redman, D.J. Shockley and Dominique Davis.

You wouldn't feel comfortable with that listing on a Canadian Football League roster, let alone an NFL team that's quite public about their relentless pursuit of a championship. And yet, the Falcons were seemingly OK with putting their proverbial quarterbacking eggs in Ryan's basket for a full decade. 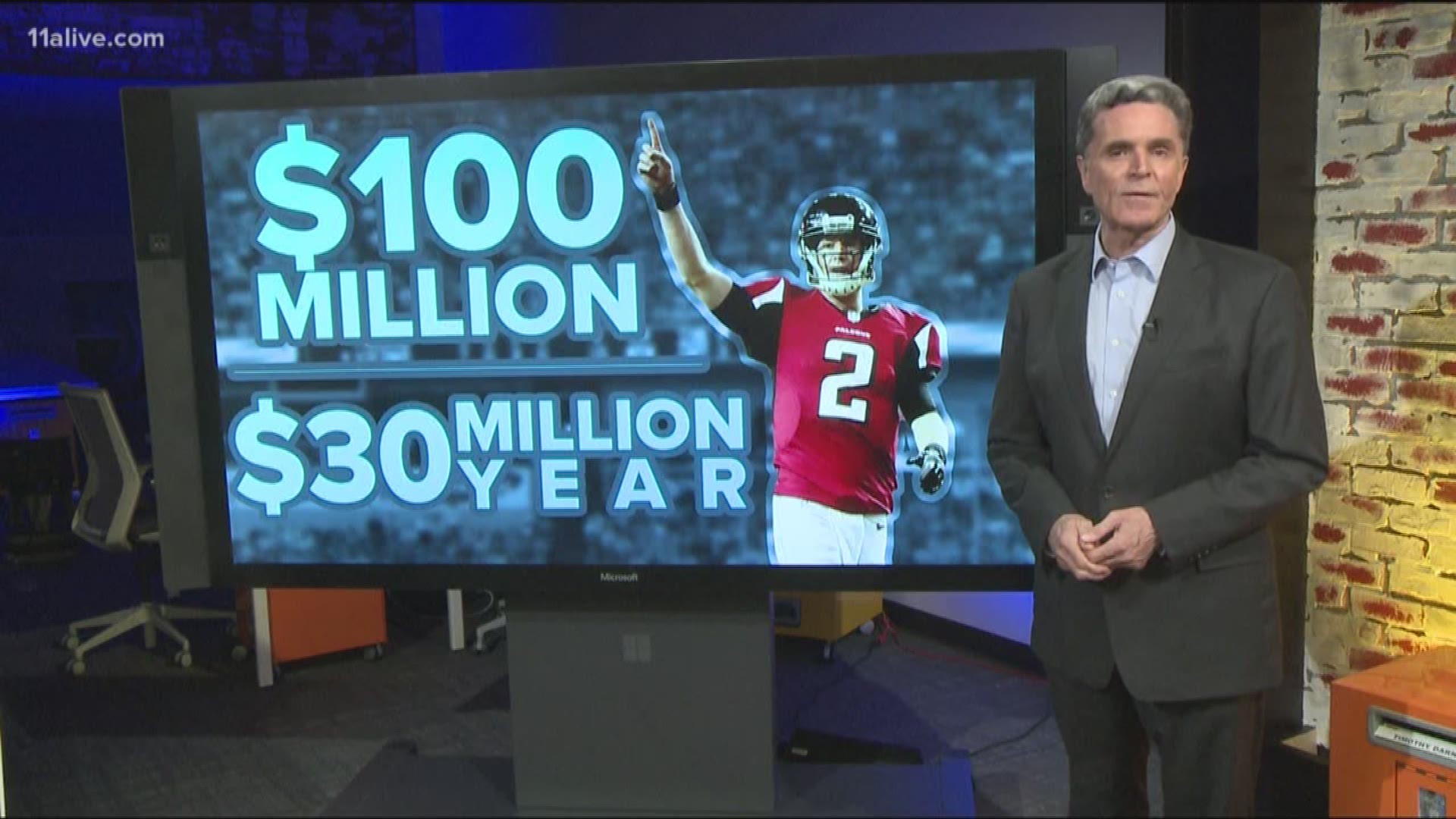 On paper, it reeked of a shaky move. Citing NFL history, though, it was the ideal play, since Ryan has started the Falcons' last 131 regular-season outings, dating back to 2009; and for his entire career, Ryan has missed just two starts to injury.

"For both sides, (the contract extension) was about wanting to get it done and focus on football for training camp," said Ryan, who currently owns the NFL-market lead in guaranteed money (a reported $100 million), average annual value ($30 million from 2019-23) and total payout ($150 million of new money through 2023). "I'm happy with the timing of it. Certainly, when we get to (training) camp, it's 100 percent about football. ... I was confident it would get done" in a timely manner.

So, if Monday's press conference commemorating the biggest extension in league history had zero drama in terms of Ryan becoming a Falcon For Life, then what was the biggest long-term takeaway of the day?

In other words, the Falcons shouldn't have any excuses when it comes to legitimate Super Bowl talk for the foreseeable future, outside of pointing to the NFC's incredible depth advantage over the AFC. For at least two years, they'll be in a perfect-storm mode of having top-five talent on both sides of the ball, minus the obligation to have a top-five payroll in league circles.

"Obviously, I'm very excited and thankful to the Falcons organization," beamed Ryan, who signed his third professional contract with the Falcons over the weekend. "You know, for having been here 10 years and feeling great about my experience here, I think we've done a lot of great things; and I'm excited about what's in front of us for the next six.

"(Our) best is in front of us; we have a lot of really good pieces in place, and I'm going to do all I can to help this city, this organization" win a championship. 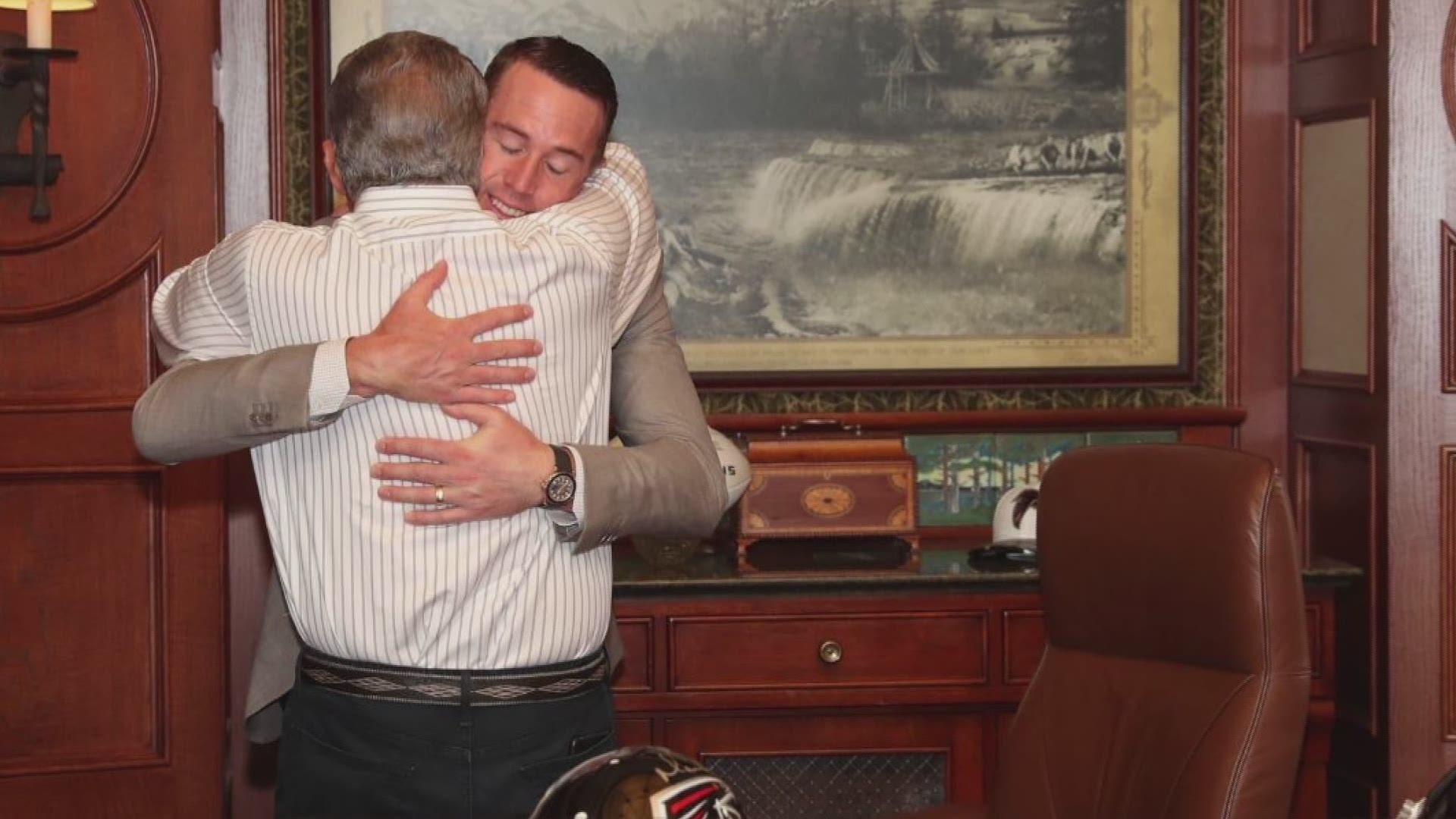 By avoiding a sticky contract negotiation with Ryan next summer, the club can shift their focus on a new contract for offensive tackle Jake Matthews (prospective free agent next winter), while preparing for the upcoming onslaught of high-upside defenders who'll be seeking extensions sometime in 2019 (Beasley, Jarrett, Campbell) and 2020 (Neal, Jones).

There's also the matter of tailback Tevin Coleman's expiring contract after next season; but Coleman's leverage could be tough to define, given the Falcons' demonstrated love for their No. 1 tailback (Devonta Freeman—the NFC's highest-paid rusher) and rookie Ito Smith, whose highlight reel at Southern Miss compares favorably to Coleman, during his college days at Indiana.

In the end, it's still a good problem to have. When devoting thousands of hours to the draft, every general manager aspires to find players that are good or great enough to warrant a second professional contract. It's one of the hallmarks for grading out NFL executives.

During Monday's presser, Ryan acknowledged a large group of people who made his first 10 years with the Falcons a successful venture. He was also quick to praise certain front office pillars, namely owner Arthur Blank and general manager Thomas Dimitroff, for their ability to seamlessly work with various groups of personnel (all good clubs experience high turnover) and maintain a "clear picture of what they want on both sides" of the ball.

"For me, I've always thought it was important to put down roots and be with an organization for a long time, kind of be that quarterback that a franchise could lean for 15 to 20 years; and that's kind of still where my head is at."

Ryan's tunnel vision for what lies ahead doesn't end with training camp. He's cognizant of the Falcons' advantage of starting the season with five home games in the first seven weeks ... just like he's blissfully aware of Atlanta's season-opening rematch with Philadelphia in Week 1 (Sept. 6).

In last year's NFC playoffs (divisional round), the Falcons had the Eagles on the ropes early on, before squandering a late lead to the eventual Super Bowl champions.

"Obviously, that's a game that everyone sees. It should be a fun experience, difficult place to play, we know that," says Ryan, a Philadelphia-area native. "Every year is different, every year presents its own challenges."

Every season may present unique hurdles, but that doesn't mean the upcoming summer months will be nerve-racking or treacherous in Flowery Branch. In fact, with Ryan's contract already signed, sealed and delivered, the front office can exhale for a bit, knowing their next big search for a franchise quarterback likely won't kick in for another five years. 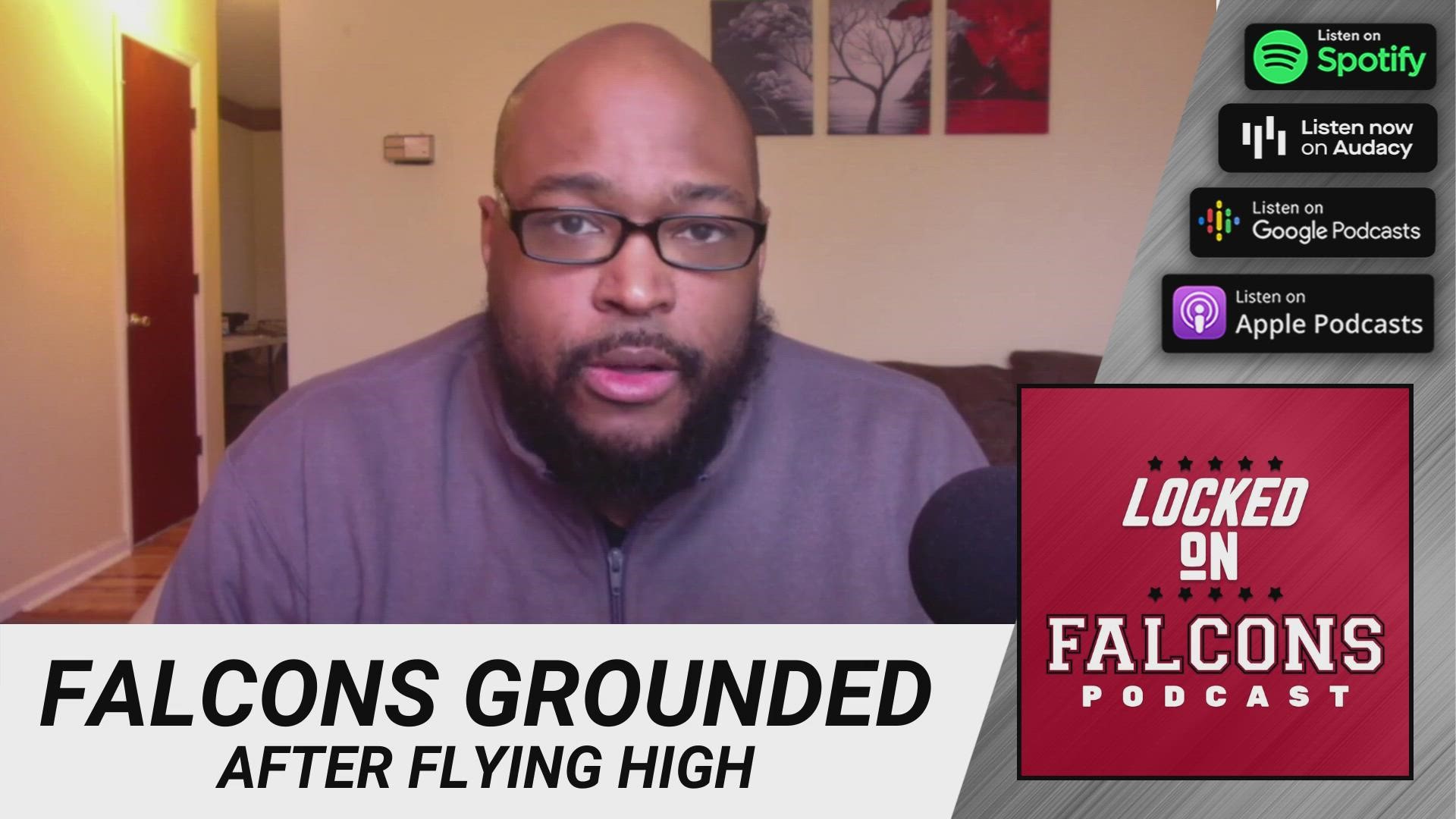