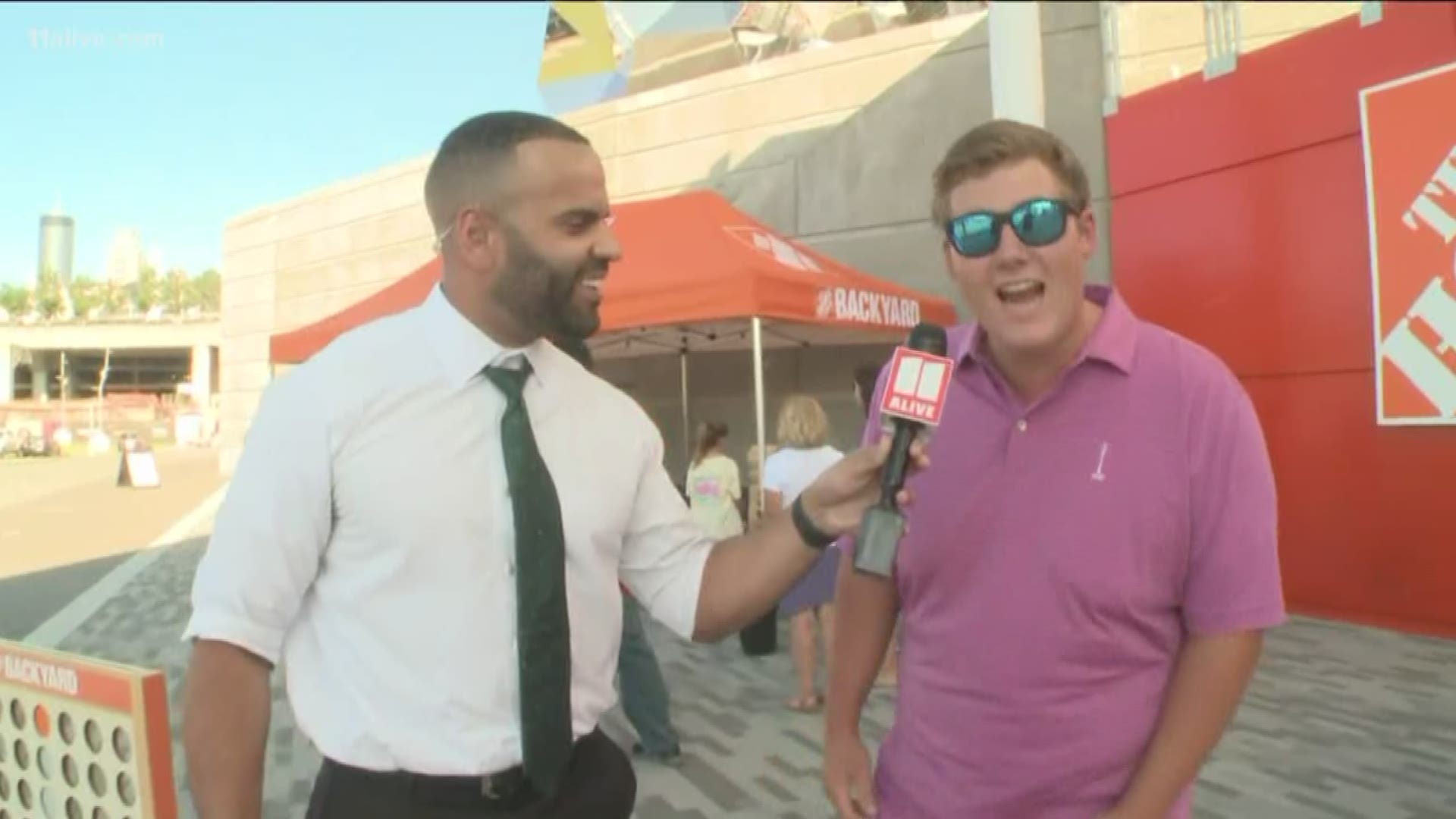 ATLANTA — In an article on their website on Wednesday, the Atlanta Falcons talked about many changes fans will notice around Mercedes-Benz Stadium in order to bring back home field advantage.

The team will host the Philadelphia Eagles in prime time this Sunday night for the first home game of the season.

One of the many changes they noted, caught our eye: The Dirty Bird is back.

The history of the Dirty Bird stems from the 1998-99 season when the team went 14-2 and won the NFC. Much of the success from that team came from running back Jamal Anderson and the their offensive line.

While Anderson's numbers were off the charts, it was his touchdown dance that so many people will remember during that season. It became known as the Dirty Bird.

“We want to be known throughout the NFL as the toughest place for an opponent to come and play," said Harry Hynekamp, vice president, fan experience of AMB Sports and Entertainment Group.

"To do that we must deliver the very best fan experience. We’ve listened to our fans and we are doing all we can to support them throughout the game. We know our fans can turn Mercedes-Benz Stadium into a home-field advantage unlike any other," he added. "I know they will bring it!”

The Falcons said they "plan to re-ignite this beloved tradition and ritual – both in games and across the city."

In 2012, Julio Jones brought it back during a preseason game against the Baltimore Ravens.

How will we see it play out in 2019? Hopefully after many touchdowns and another run at the Lombardi Trophy.

Other notable changes the team announced Wednesday in order to create a vibrant atmosphere at the stadium include: