Cleveland player Myles Garrett has been indefintely suspended by the NFL after he yanked Pittsburgh QB Mason Rudolph's helmet off and hit him in the head with it. 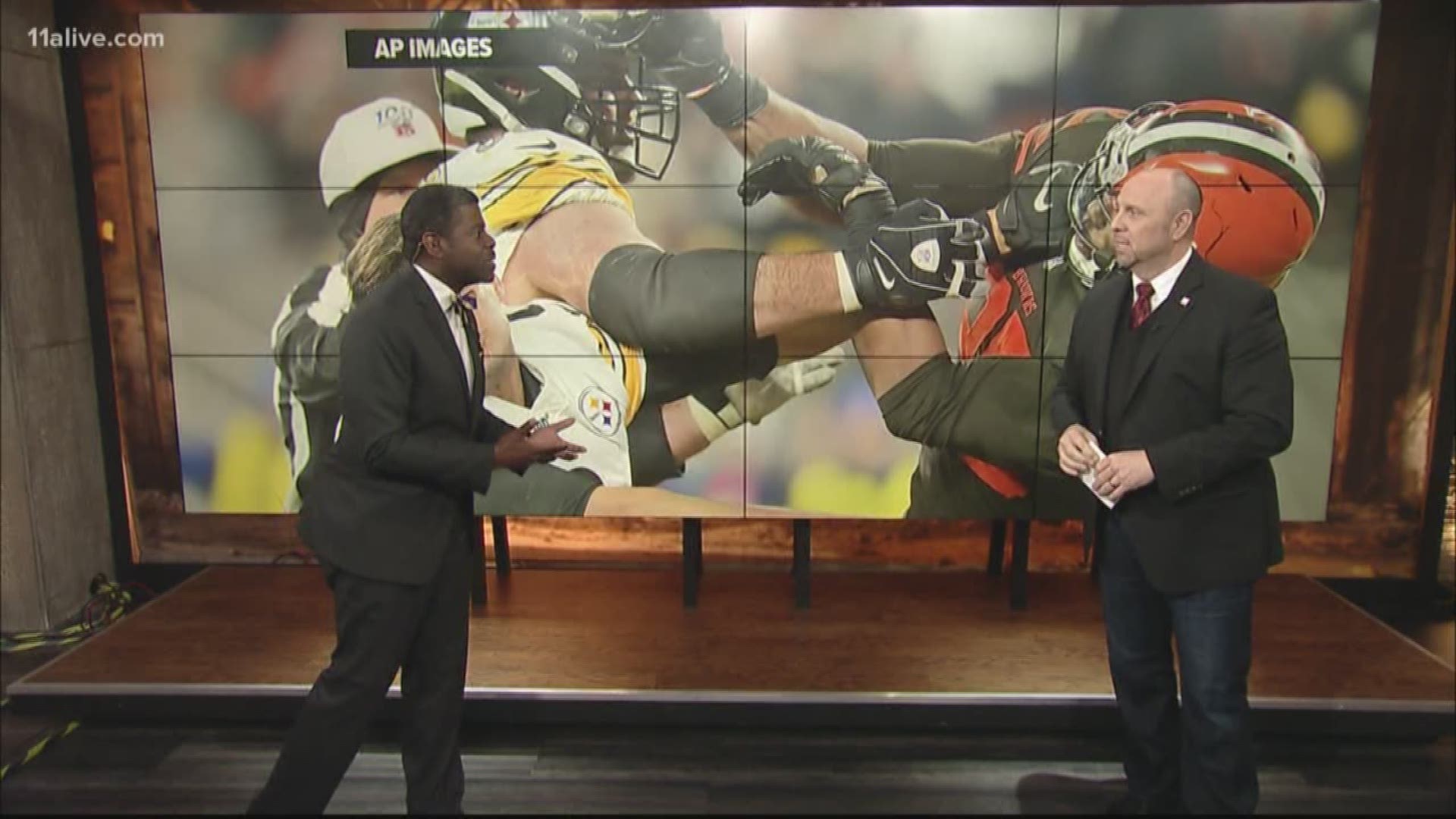 In the closing seconds of Thursday night's NFL game between the Browns and Steelers, Garrett ripped Rudolph's helmet off and hit him upside the head with it, launching a melee between the two teams.

There were only eight seconds on the clock and Cleveland led Pittsburgh by a score of 21-7, so the game's outcome was already decided, but that didn't stop players from both sides from flooding onto the field as a brawl ensued.

Once officials got control of things, it was clear that League officials would eventually weigh in on what the final outcome would be in terms of punishment for the players involved.

Late Friday morning, the league said that each of the teams -- the Steelers and the Browns -- will be fined $250,000.

In addition to Garrett's indefinite suspension, two other players, Cleveland's Larry Ogunjobi and Pittsburgh's Maurkice Pouncey, will receive shorter suspensions. All three suspensions would be without pay. Each will receive fines also.

"Sitting here watching everyone defend that QB like he ain't start it is sickening. If somebody is holding you to the point where you can't move and somebody is running up on you you're going to defend yourself and that's exactly what Garrett did I would've done the same thing," Campbell tweeted.

Many fans immediately took Campbell to task for what he said.

"Wow, very disappointing to read this. As an @AtlantaFalcons fan I'd have hoped for the players not to think it was ok to do something like that. To use a weapon to try and seriously injure someone in the context of a Game. Shame," said Liam Cotterill.

"Disappointing to hear that from you. Your comparison of yanking a helmet off vs. swinging it with mass aggression is ridiculous. Ripping a helmet off will mess up your hair...connection with that helmet to a head can result in DEATH. Stay off Twitter and focus on your family," said Brent Baker.

A few others supported his statement.

"Never said it was ok to use your helmet as a weapon please don't put words in my mouth but what I did say was I would've defended myself I did say that," he tweeted.

Several fans, insisted that they never put words into his mouth, citing the words of his first post, "I would've done the same thing."

Atlanta Falcons head coach Dan Quinn said Friday that he was using the Thursday night melee as a "teaching moment" when discussing the incident with Falcons players at Flowery Branch.

"We talked about division games, and they're more heated for sure," Quinn said in an article on AtlantaFalcons.com. "Both teams know each other so well. The term we times use is you've got to stare right into the face of temptation, and have that poise to do that at the end, even when it's really hard."

The Browns and Steelers are long-time rivals in the AFC North division.

The Falcons play one of their NFC South division rivals in the Carolina Panthers this Sunday, in Charlotte.