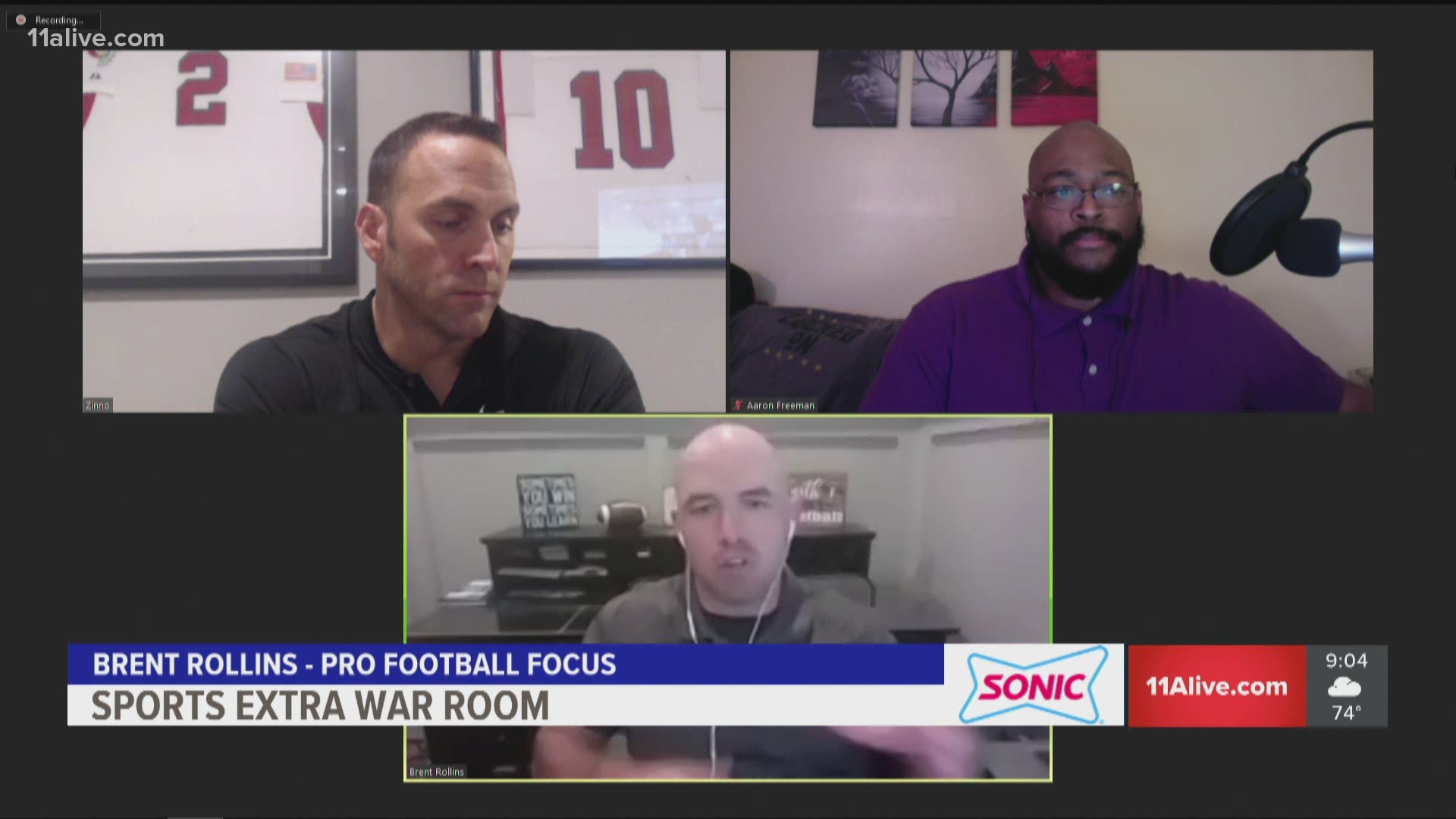 ATLANTA — The Falcons didn't draft a quarterback in the first round. Instead, they signed one afterwards.

The Atlanta Falcons announced on Friday they signed former Alabama quarterback A.J. McCarron to a one-year deal. The terms of the deal were not disclosed.

Atlanta desperately needed to add a quarterback to the roster with Matt Ryan being the only one on the team. While there has been speculation about the Falcons drafting the "successor" to Ryan, the Falcons selected Florida tight end Kyle Pitts with the No. 4 selection on Thursday night.

"There are still quarterbacks in this draft and even outside of the draft," Falcons General Manager Terry Fontenot said after the first round early Friday morning. "There's still a chance we could definitely draft a quarterback."

When asked if they could be looking to add a "successor" to Matt Ryan, Fontenot said yes.

McCarron won three BCS National Championships with Alabama. He was drafted by the Cincinnati Bengals in the fifth round of the 2014 NFL Draft. He's since been with the Buffalo Bills, now-Las Vegas Raiders, and Houston Texans.

He threw six touchdowns in his rookie season, but has not thrown one since in his following seasons.

By no means does this signify that the Falcons have found a quarterback for the future. McCarron is likely a backup to help fill the quarterback room. Backup quarterback Matt Schaub retired after last season.