Fans won't be able to enter Mercedes-Benz Stadium, so local bars are preparing for more people to show up to watch the game. 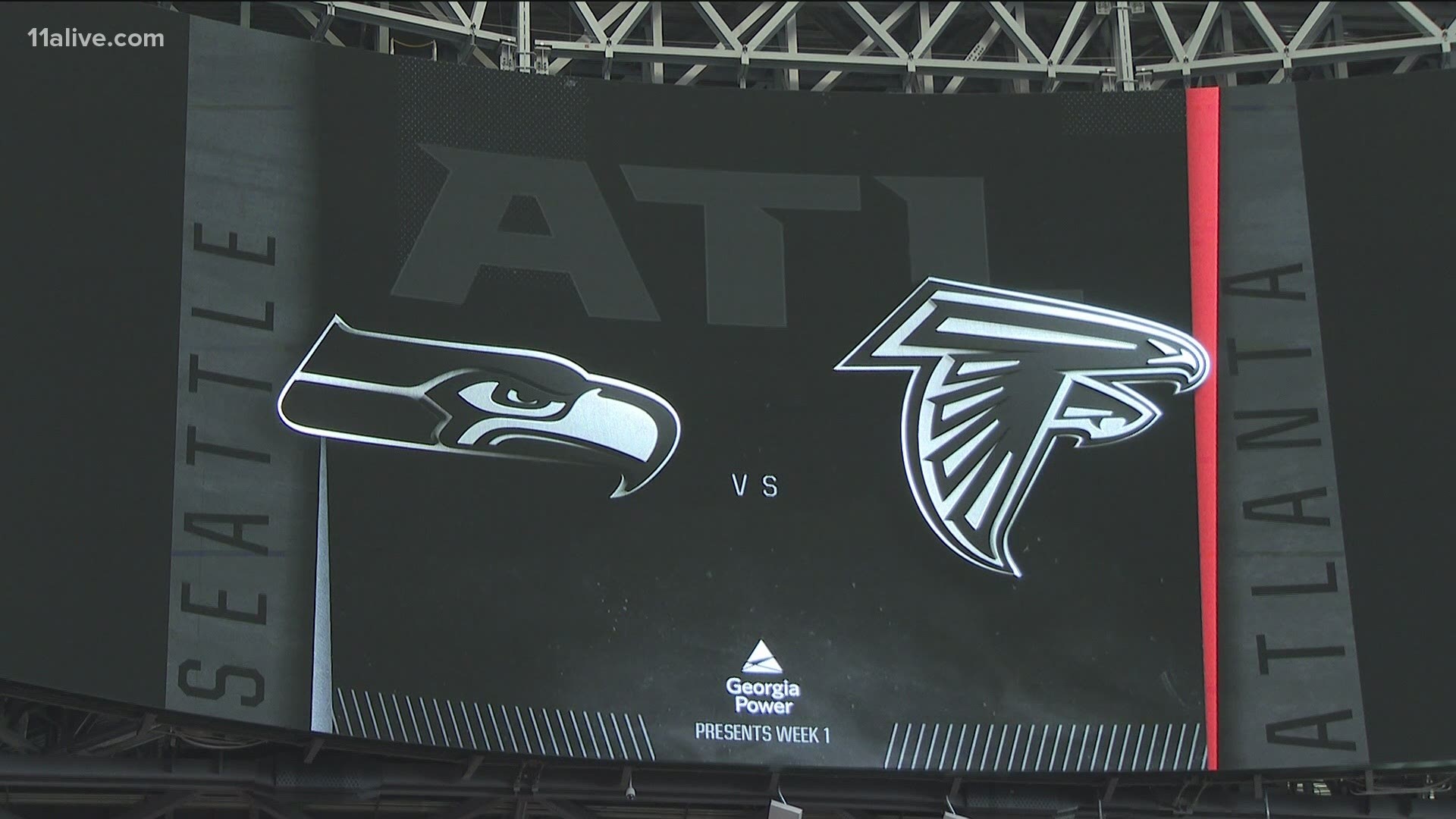 ATLANTA — The Falcons will return to Mercedes-Benz Stadium to take on the Seattle Seahawks on Sunday, but no fans will be allowed inside because of COVID-19.

Now, sports bars are safely preparing for an NFL crowd as Atlanta moves to phase two of reopening and the home team hosts its season opener.

No doubt football Sunday will look very different with an empty stadium - and officials say fans won't be allowed to even tailgate at the Benz.

A manager of 656 Sports Bar and Grill near Downtown Atlanta said not to worry, though. Fans can come there to watch the game.

"Welcome, please come down and see us," Rena Smith said. "Tomorrow, we will be open."

The phase recommends gatherings of no more than 10 people. Smith said she's just happy to reopen 656 after a tough summer.

"So many people were kind of, like, irritated because they couldn't dine in," she said. "And it's a local - it's a local sports bar in the middle of a neighborhood, so people always want to come by and sit down."

At Stats Brewpub just outside the 'Benz, the staff is also ready to welcome football fans back into the building after months of being closed. The restaurant just reopened its doors on Thursday.

"We started to get confident that we were actually going to have an NFL season about two Saturdays ago," Brian Bullock, the chief operations manager at Stats, said.

At both bars, certain tables are blocked off to allow for social distancing and you'll need a mask to get in.

And while there's nothing stopping from gathering in parking lots around the stadium, city leaders are still urging people to use caution.

In a statement, Mayor Bottoms said, "We must all remain vigilant, wear a mask, practice social distancing and take the measures needed to ensure the safety and wellbeing of our communities."