Morten Andersen is now a U.S. citizen after years of playing in the NFL and becoming one of the most famous kickers in the game. 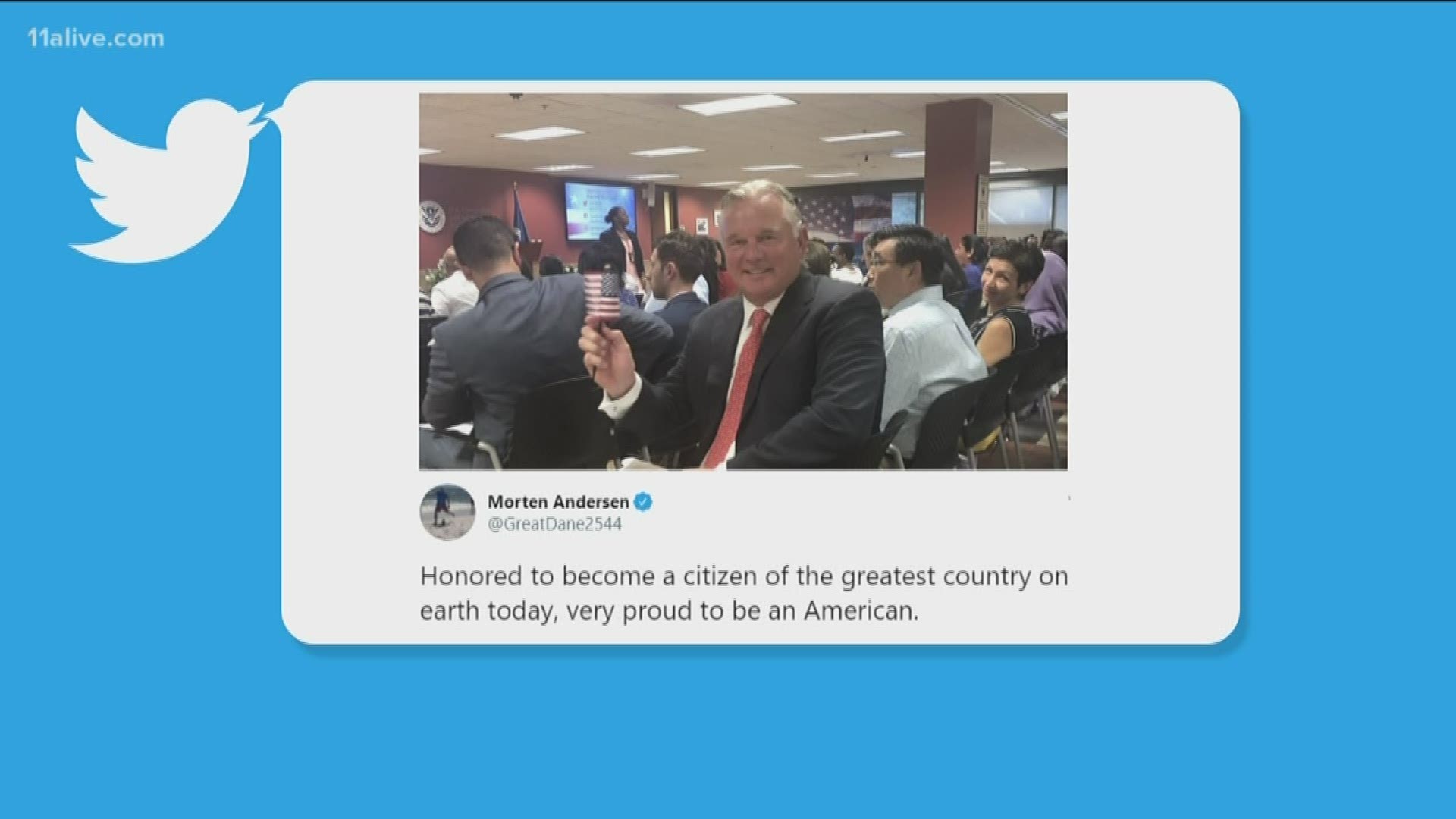 ATLANTA — An Atlanta Falcons great has officially become an American citizen after several years of spending his professional career and beyond in the states.

Morten Andersen posted a picture of himself on Twitter, Friday, waving an American flag and smiling while sitting with a crowd of other people.

"Honored to become a citizen of the greatest country on earth today," he wrote. "Very proud to be an American."

The Denmark native played for the New Orleans Saints for several years before defecting to the Atlanta Falcons in 1995. He played 25 seasons across the 80s and 90s and was a familiar face in seven Pro Bowls.

He currently holds the record for second-most points scored by a player in the NFL and has played in more games than any other player in the NFL. He was named to the Pro Football Hall of Fame in 2017 - the same year the Falcons went to the Super Bowl.