He developed Chronic Traumatic Encephalopathy in 2018, which is a disease of the brain found in people with a history of brain trauma, often athletes. 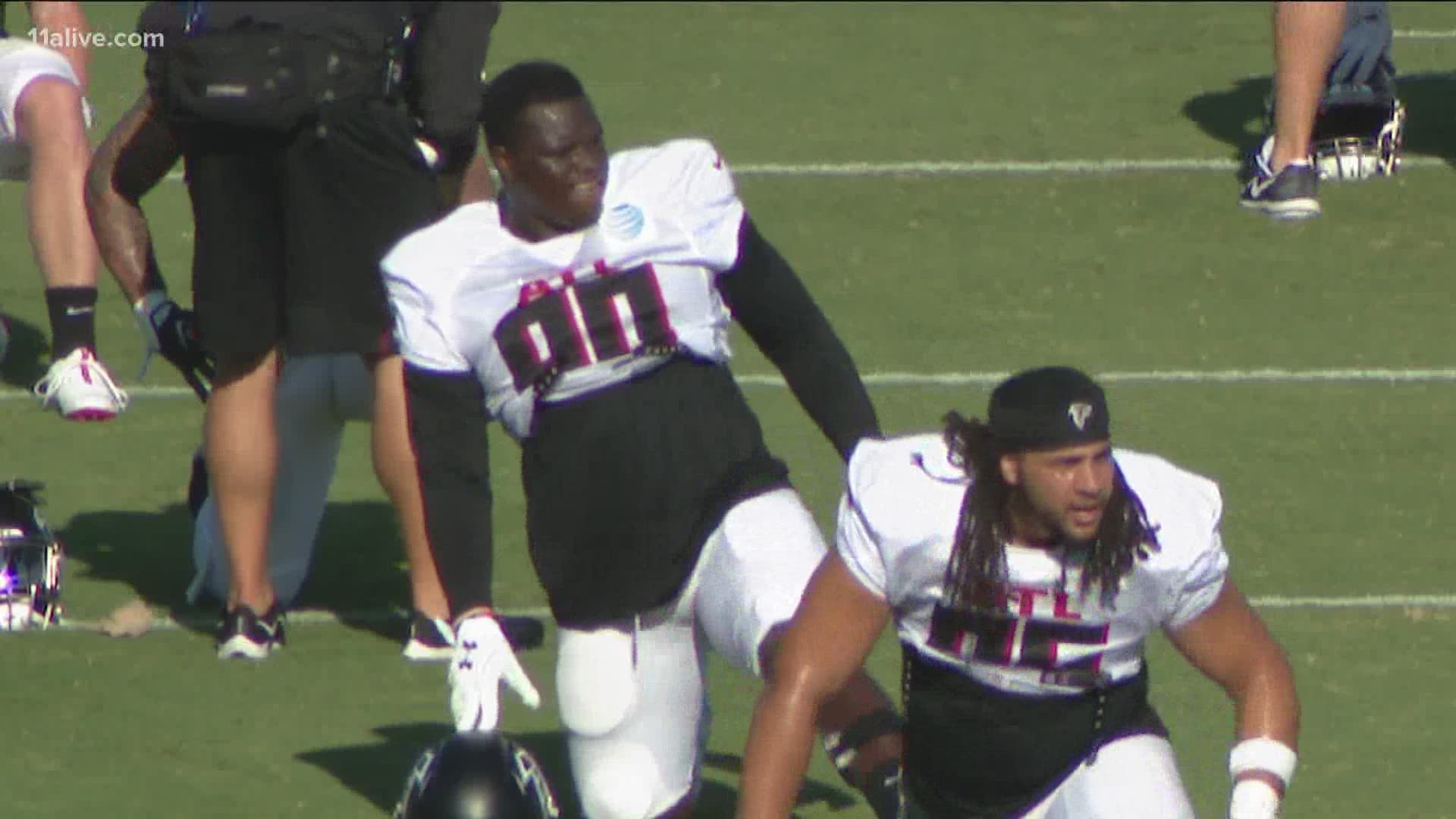 ATLANTA — His mother said despite the fact that her son's life was cut short, he lived out his dreams. A LaGrange native and former Atlanta Falcons wide receiver passed away last week. He was 42.

Quentin McCord played for the Falcons from 2001 to 2003 and had 23 receptions for 427 yards and one touchdown, according to the team.

He went on to play a short time with the Detroit Lions, Baltimore Ravens and then with the Canadian Football League. He finished his playing career with the Lexington Horsemen of the Arena Football League.

"He always dreamed of playing in the NFL," his mother Gail told 11Alive. She joked and said he promised her that when he made it he would buy her a house.

The Georgia native played college football at the University of Kentucky before the Falcons drafted him in the seventh round of the 2001 NFL Draft.

The Wildcats called McCord a "legend" in a statement on Twitter.

McCord developed Chronic Traumatic Encephalopathy (CTE) in 2018, which is a disease of the brain found in people with a history of brain trauma, often athletes, according to the Boston University CTE Research Center. His family said he regularly had seizures and suffered brain damage.

When he stopped playing, he started coaching at the middle school level at a private school in Kentucky.

"He loved children," his mom said. "He wanted to help the community."

McCord leaves behind two daughters and a son. His mom said his son, who is already playing football "is going to be the next Quentin McCord."