Julio Jones on whether he will play Sunday: 'I don’t know. What I’m trying to do right now is be ready.'

Talks about his contract extension continue. 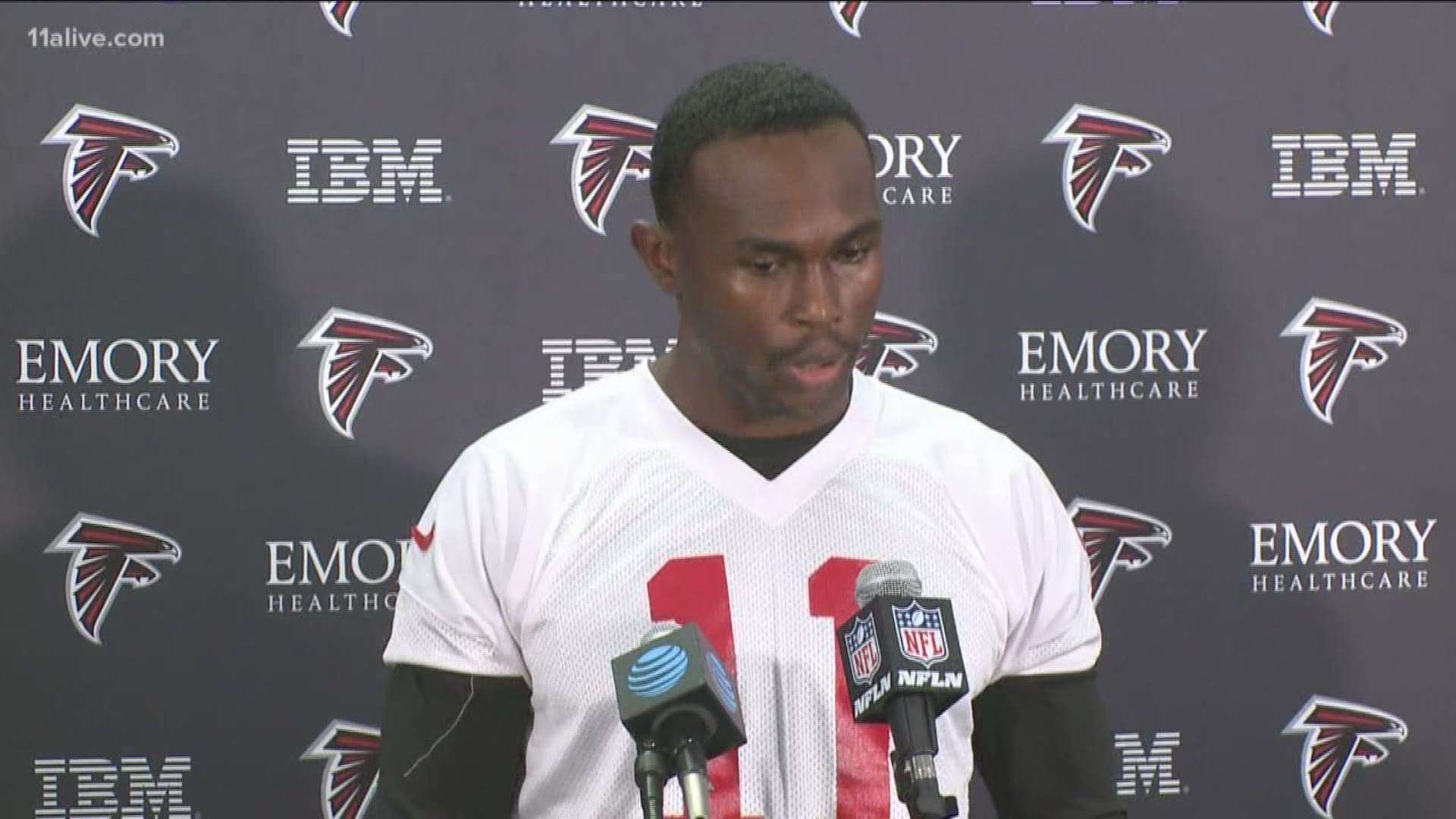 ATLANTA — Falcons wide receiver Julio Jones was non-committal about playing in Sunday’s season-opening game at Minnesota, as his agent and the team work on finalizing a contract extension.

In a brief media session with reporters Thursday, Jones was asked about playing Sunday if a deal wasn’t done by then.

“I don’t know. What I’m trying to do right now is be ready. I’m trying to be out there," he said. "I’m coming back from injury, things like that.  But the ultimate thing is just being ready when my number’s called.  Simple.”

Later, a reporter asked if it would be correct to say he was “planning” on playing Sunday.

“You can go with that,” was his reply.

Jones signed a new contract with the Falcons in 2015. He’s scheduled to be an unrestricted free agent in 2021, but the Falcons hope to lock him up long-term well before that.

He’s currently the 13th highest-paid receiver in the league, according to Overthecap.com.

OTHER NEWS IN SPORTS: