Julio Jones on staying with the Falcons: 'I'm out of there'

Jones was apparently spotted wearing a Dallas Cowboys tshirt, but he said he doesn't want to play for the Cowboys. 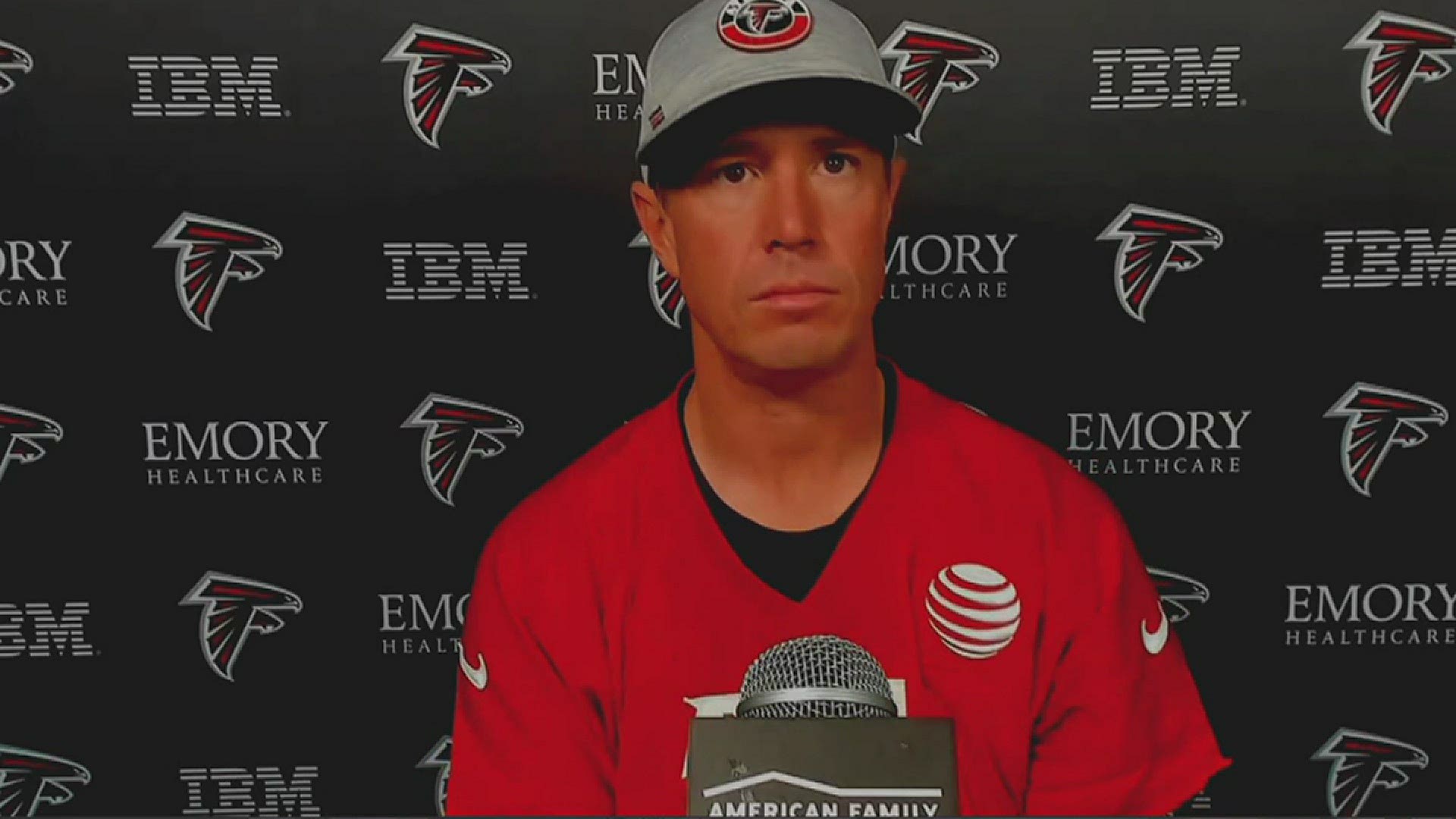 ATLANTA — During a nationally televised phone conversation on Monday morning, Atlanta Falcons star wide receiver Julio Jones gave a hint as to where his future stands.

When asked if he's going back to the Falcons during the "Skip and Shannon: Undisputed" show on FS1, he said: "I'm out of there."

Jones was apparently spotted wearing a Dallas Cowboys T-shirt, but he said he doesn't want to play for the Cowboys.

It is not clear if Jones knew he was on live television when host Shannon Sharpe called him on speaker phone.

Jones made it clear that he wants to play for a winning team.

Julio Jones hasn’t talked to any media since during the 2020 season. Not sure if he knew this was on National television but he just said “I’m outta there” when asked if he’s staying in #Atlanta. pic.twitter.com/rkKvRakH2Q

According to NBC Sports, Jones is guaranteed a $15.3 million salary this season, which could make it difficult to shop him. The Falcons may end up having to pay some of Jones' salary to get teams interested in a trade.

The 32-year-old signed a three-year contract extension with the Falcons in 2019 worth a reported $66 million.

Credit: AP
Atlanta Falcons wide receiver Julio Jones stretches before the first half of an NFL football game between the Atlanta Falcons and the Carolina Panthers, Sunday, Oct. 11, 2020, in Atlanta. Jones is not playing due to injury. (AP Photo/Brynn Anderson)