Jones bailed out Atlanta — and became Atlanta's career leader in receiving yards with his winning score. 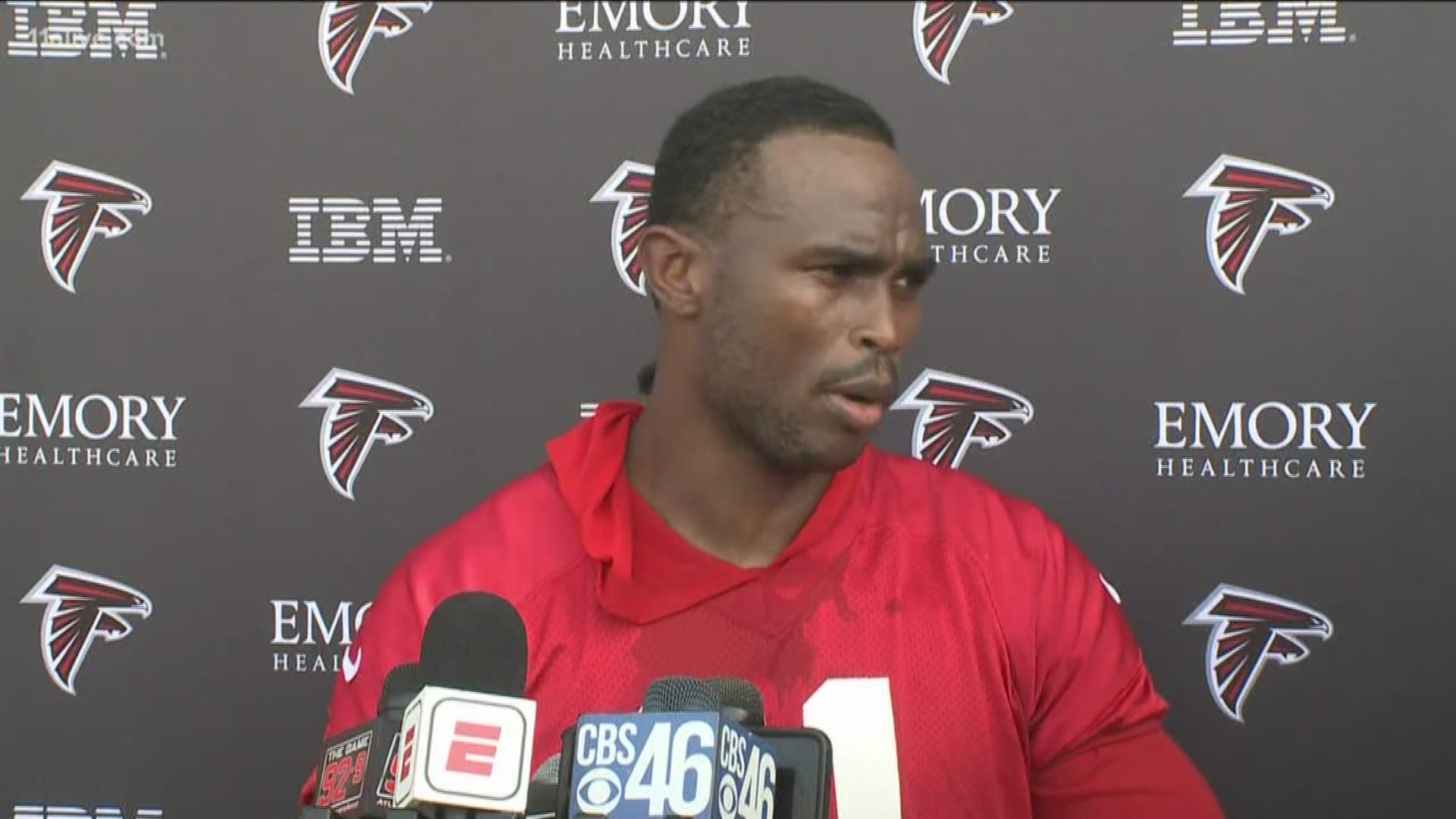 ATLANTA — Julio Jones hauled in a short pass on fourth down and took it 54 yards to the end zone with 2:10 remaining, giving the Atlanta Falcons a wild 24-20 victory over the Philadelphia Eagles on Sunday night.

The Falcons (1-1) squandered a 17-6 lead against an injury-plagued team that lost two of its top receivers, falling behind for the first time when Carson Wentz dove over from the 1 with 3:13 left to give the Eagles a 20-17 edge.

Philadelphia (1-1) had a chance at the end when Wentz converted on fourth-and-14, somehow getting off a pass with a rusher in his chest that Nelson Agholor hauled in between two defenders for a 43-yard completion to the 18.

But Atlanta held on, stopping Zach Ertz about a yard short of the marker on another fourth-down play inside the 10 to preserve a much-needed victory.

Jones bailed out Atlanta — and became Atlanta's career leader in receiving yards with his winning score. On fourth-and-3 at the Falcons 46, Jones dropped behind the line to haul in Matt Ryan's short pass, got a crunching block from left tackle Jake Matthews out on the edge and took off down the sideline, easily outrunning Rodney McLeod and Andrew Sendejo without being touched.

Jones crossed into the end zone and kept right on going, disappearing down the tunnel. He finished with five catches for 106 yards and two touchdowns, also hauling in a 4-yard score that gave the Falcons their 11-point lead early in the third quarter.

The Eagles were hampered by injuries that took out receivers DeSean Jackson and Alshon Jeffery, forcing them to go with backups Mack Hollins and J.J. Arcega-Whiteside much of the game.

Wentz and the short-handed offense struggled to get anything going, but three interceptions by Ryan helped keep the Eagles in the game. The Philadelphia quarterback suddenly put it together in the fourth quarter, completing eight straight passes on a drive that culminated with his 1-yard plunge into the end zone with 3:13 remaining. A two-point conversion gave the Eagles a 20-17 lead.

Jones took care of that.

Falcons rookie Kaleb McGary missed a good portion of the game after being helped off the field with a left knee injury.

The offensive tackle went down near the midway point of the second quarter while protecting on a pass play. It was a scary moment for the Falcons, who already lost another of their first-round picks, offensive guard Chris Lindstrom, with a broken foot.

But McGary returned to the game early in the fourth quarter.

Philadelphia returns home next Sunday to host the Detroit Lions in the first meeting between the teams since 2016.

The Falcons hit the road to face Indianapolis, which has 14 of 16 meetings between the teams. They last met in 2015, with the Colts winning 24-21 in Atlanta.