Players aren’t expected to return to team facilities until the start of training camp. But there is still plenty of work to do. 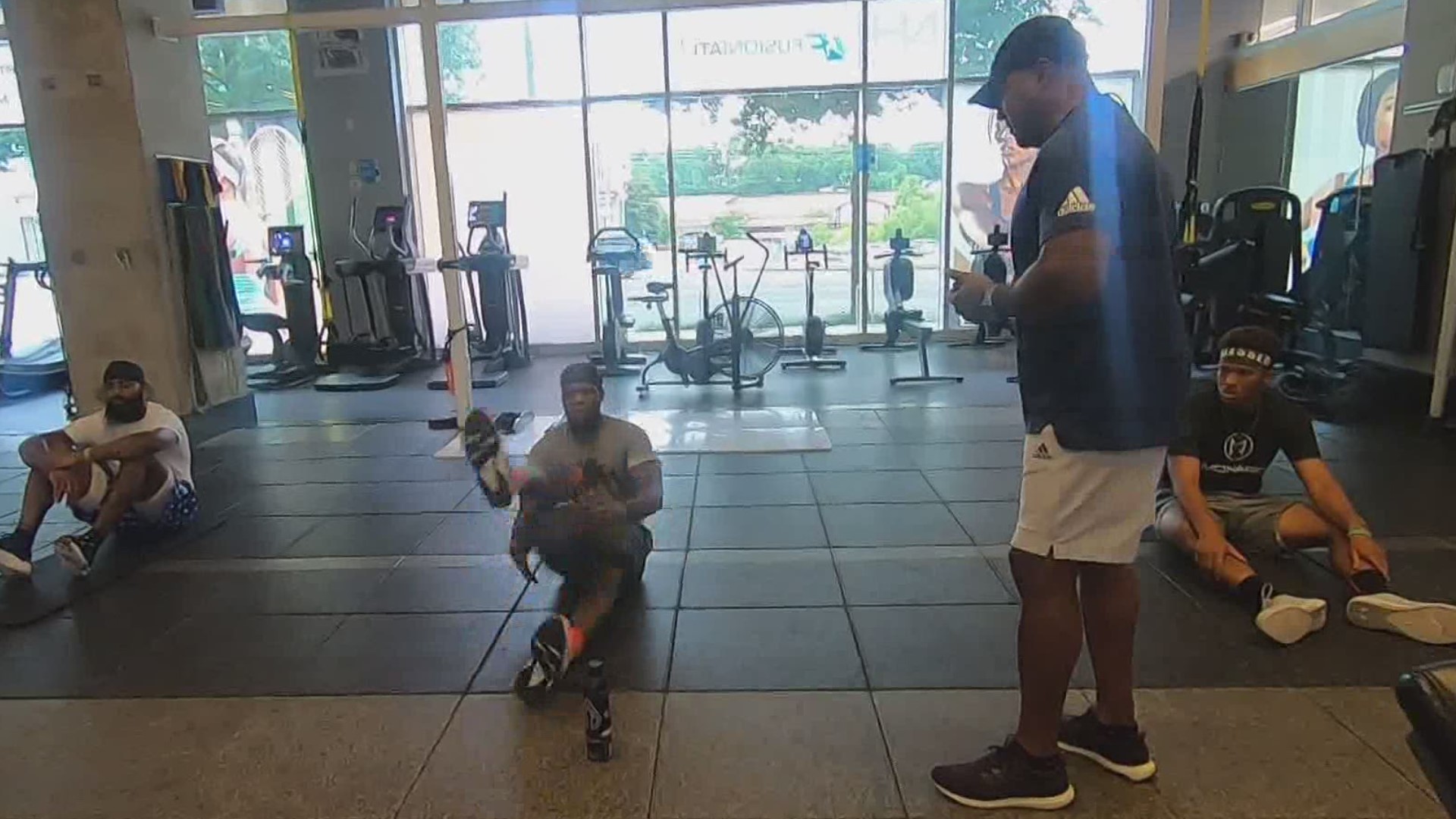 ATLANTA — This off-season has been very different than ones most current NFL players are used to.

No rookie camp. No organized team activities. No minicamp.

Players aren’t expected to return to team facilities until the start of training camp. But there is still plenty of work to do, and the responsibility is not only on the players, but on their personal trainers to stay in shape.

“There is an incredible amount of responsibility I feel,” said Kyle Meadows. “They miss minicamp, they miss [Organized Team Activities]. When they leave me, they’re on.”

Kyle Meadows is a performance coach. He focuses on the neuromuscular aspect - speed, reaction and change of direction. All things NFL players are looking for.

Patriots receiver Mohamed Sanu is one of Meadows’s regulars.

“He’s more in tune to making you a better athlete,” Sanu said. “He focuses on all the areas that he sees you have weaknesses in. You prime everything in here, so when you’re out there you can just be who you are. Last month we dropped four percent body fat in a month, so we’ve been working.”

And Sanu’s body change inspired one of his former teammates to start working with him.

“I seen [Mohamed Sanu] working, and seeing how his body had made a transformation, so I was like, 'shoot I’m going to come in and compete with you and push you and we’re both going to get better',” explained Justin Hardy.

While getting better is the goal, Sanu and Hardy’s trainer thinks that they are ready to go.