The Falcons heard boos as they left the field. 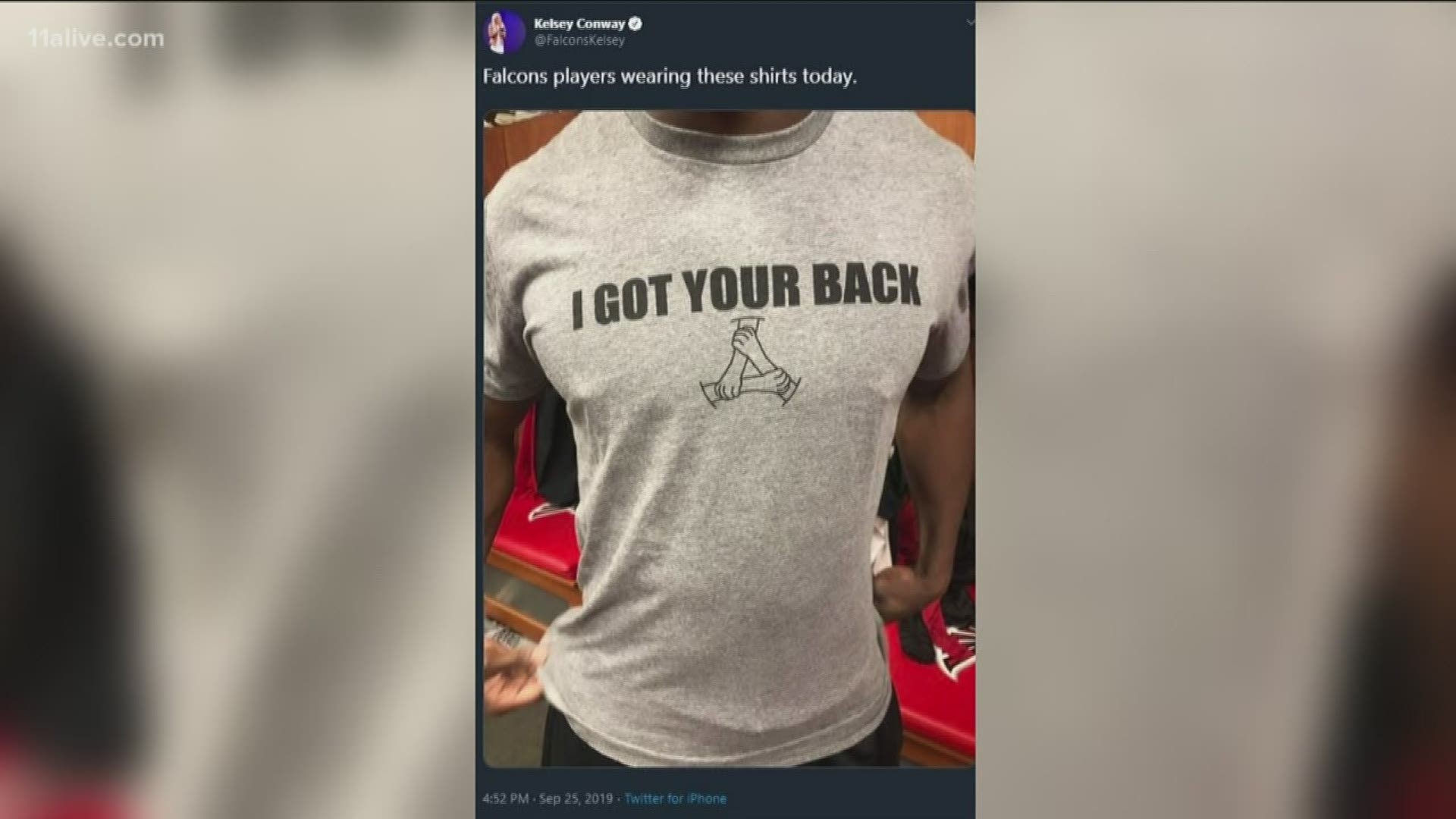 Tennessee (2-2) used Mariota's big first half and strong defense to snap a two-game losing streak. Derrick Henry, who ran for 100 yards, helped the Titans dominate the clock and hold the Falcons to only a field goal in the second half.

Ito Smith's 1-yard touchdown run in the first quarter pulled the Falcons (1-3) even at 7-7. Tennessee outscored Atlanta 17-0 the remainder of the half, and the Falcons heard boos as they left the field.

Matt Ryan passed for 397 yards, but the Falcons were stopped on three fourth-down plays. Julio Jones had only four catches for 52 yards.

RELATED: It's a car, it's a bike, it's Julio Jones! Falcons star ran 20 mph on winning TD

Devonta Freeman, who was held to 28 yards on 12 carries, was stopped by Jurrell Casey on a fourth-and-1 run in the second quarter. Ryan was sacked on two fourth-down plays in the second half.

"Those are like turnovers, especially when they're behind," said Titans coach Mike Vrabel. "They were going to be going for it and they were aggressive. I thought our guys responded really well."

Mariota has not thrown an interception this season, but he faced growing criticism after managing only one touchdown pass in two straight losses.

Mariota enjoyed a resurgence against the Falcons. He connected with Brown for a 55-yard touchdown pass on Tennessee's second possession. Brown beat Desmond Trufant and then outran Kemal Ishmael and Deion Jones.

Brown beat Trufant again for an 11-yard scoring catch in the first quarter. Mariota's 23-yard touchdown pass to Corey Davis late in the half followed the fourth-and-1 stop by Casey on Freeman's run.

"If we can continue to get better and ascend, we'll like where we are at the end of the year," Mariota said after completing 18 of 27 passes for 227 yards and three touchdowns.

Mariota still has not thrown an interception this season.

With the game tied at 7-7, Mariota completed a third-and-15 pass over the middle to Corey Davis for 16 yards. The play kept the drive alive that finished with Brown's second scoring catch, giving the Titans the lead they would never lose.

"It was a huge momentum shift and something that really got us going," Mariota said.

The Falcons continued their trend of facing big early deficits in their losses. Atlanta, which trailed the Titans 24-7 at halftime, has been outscored 65-10 in the first half of its three losses.

"I wish I had a clear answer to that, but the fact is that's the truth," said Falcons coach Dan Quinn. "We went behind again at the half. I addressed that last week, but we obviously still have work to do."

Atlanta's Matt Bryant missed a 32-yard field-goal attempt late in the first half when the kick hit the left upright. Bryant was good from 42 yards to cap the Falcons' opening drive of the second half.