Head coach Dan Quinn may find his seat is warming up again after Sunday's 35-22 loss to Tampa Bay. And New Orleans is hungry for some Thanksgiving revenge. 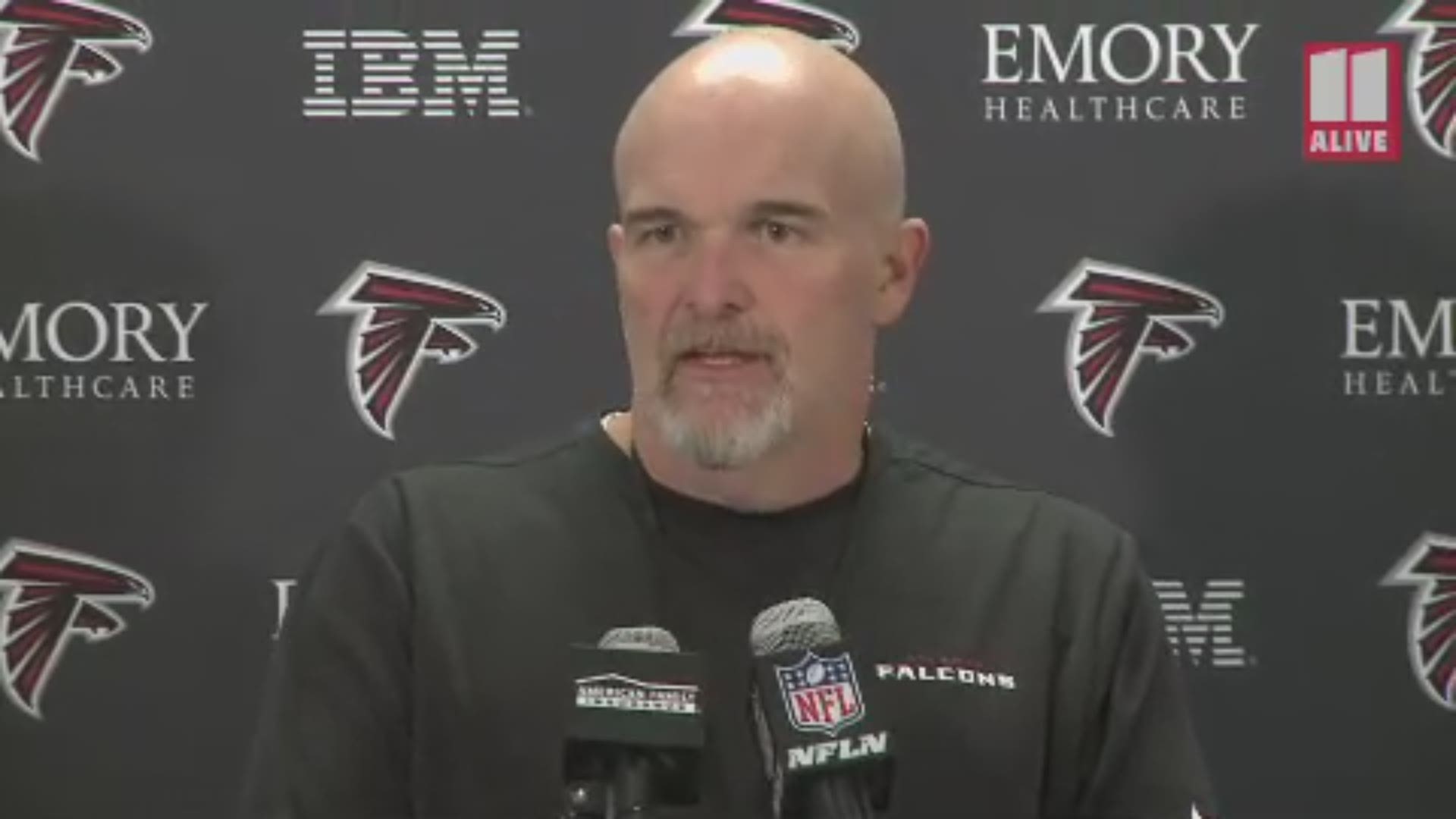 ATLANTA — After a two-game winning streak, the Atlanta Falcons fell Sunday to the Tampa Bay Bucs, bringing those lofty dreams everyone was starting to have back down to earth.

The offensive line looked sloppy -- nothing like the revitalized team that has been on the field for the past two weeks. They withered beneath a strong Tampa Bay defense.

What that also means is that the questions that had quieted down about head coach Dan Quinn's future will start to return to the minds of some.

While this week is a short week for the Falcons -- they play Thursday night against the very hungry NFC South division-leading New Orleans Saints -- the one advantage is that they will play at home.

All that being said, here's what other writers are saying on the heels of Sunday's game:

Despite the gloom and doom in that last article, the season may not be completely over. There is a glimmer of hope. But only a glimmer.

Enjoy your Thanksgiving turkey. Then get some dessert -- but not like this guy in Chicago. He snuck an ENTIRE pumpkin pie into the Giants-Bears game.

Just pull up a spot on the couch and watch the Saints-Falcons game with us right here on 11Alive Thursday night at 8:00.

We'll see you back here on Friday.

Falcons take a step back in loss to Bucs