The Falcons recovered two onside kicks late in the game Thursday night, but it wasn't enough to keep from losing to the Saints, 26-18. 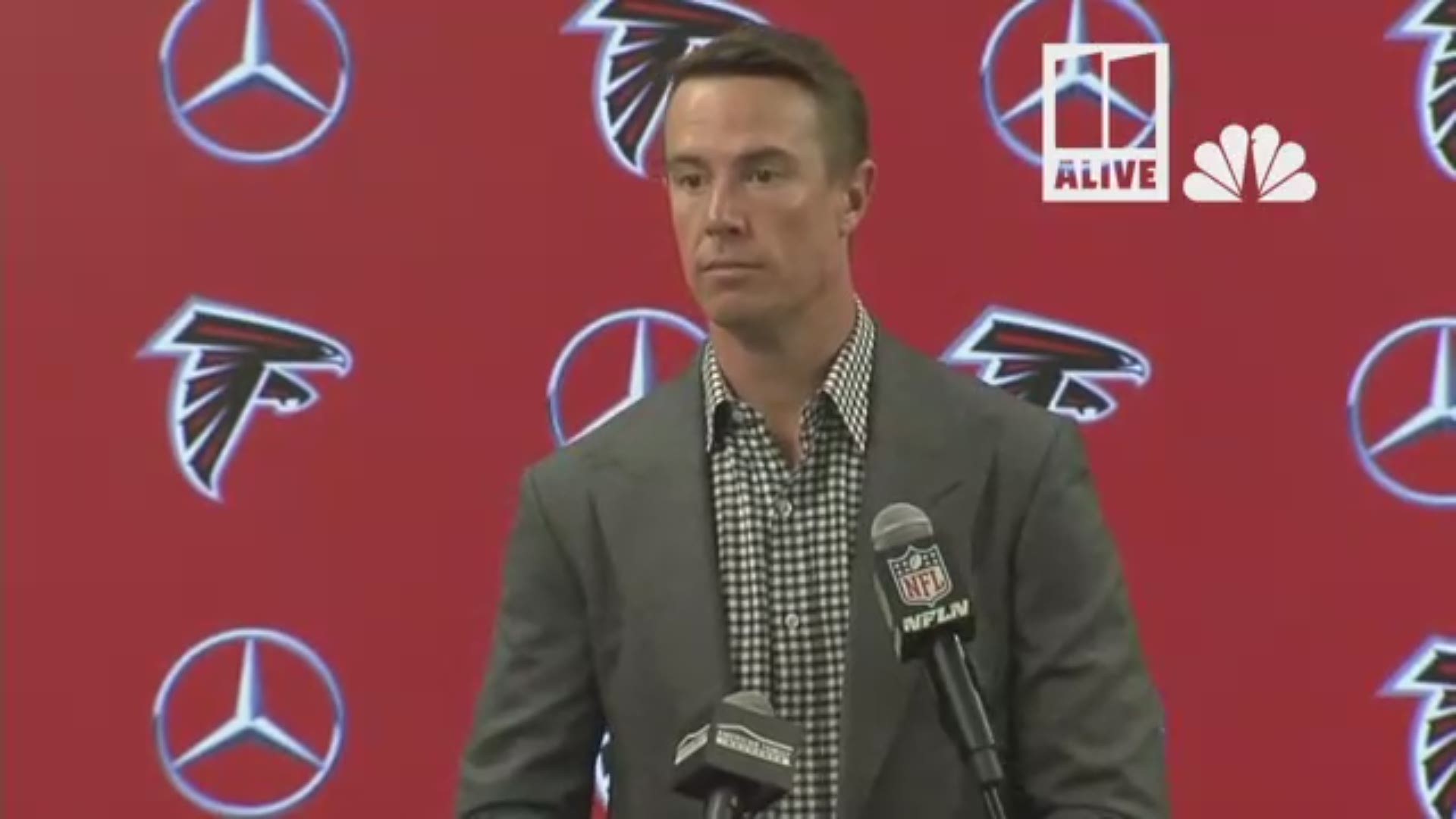 ATLANTA — Rough turkey day loss for the Atlanta Falcons before a home crowd and a national television audience against their long-time rival New Orleans Saints, 26-18.

The defeat came only three weeks after the Falcons crushed the division leading Saints in New Orleans.

The Falcons recovered three onside kicks in the closing minutes of the game in a futile effort to try to try to catch up in the contest, but it was too little, too late.

A berth in the post-season is now out of reach for Atlanta.

A shoulder injury kept playmaker wide receiver Julio Jones out of the game, but Thursday's loss is sure to fuel more speculation about the future of Atlanta head coach Dan Quinn.

All eyes for Falcons fans are now on the future of the franchise.

Here's what other sports writers are saying about the Falcons following Thursday night's game:

The Falcons new get to rest for ten days before taking on the Cam Newton-less Carolina Panthers at Mercedes-Benz Stadium.

Atlanta already knocked off Carolina once this year, blowing them out in Charlotte week-before-last 29-3.

Last year, the Falcons kicked them to the curb in both divisional outings, so there's hope that they can do well next week.

The Panthers (5-6 so far this season) are set to face the 2-9 Washington Redskins in Charlotte on Sunday.

Hopefully, Julio Jones will be healthy enough to rejoin the Falcons by next Sunday.