The QB donned the shoes in tribute to the Erie County native during warm-ups prior to Sunday's home opener against the Houston Texans. 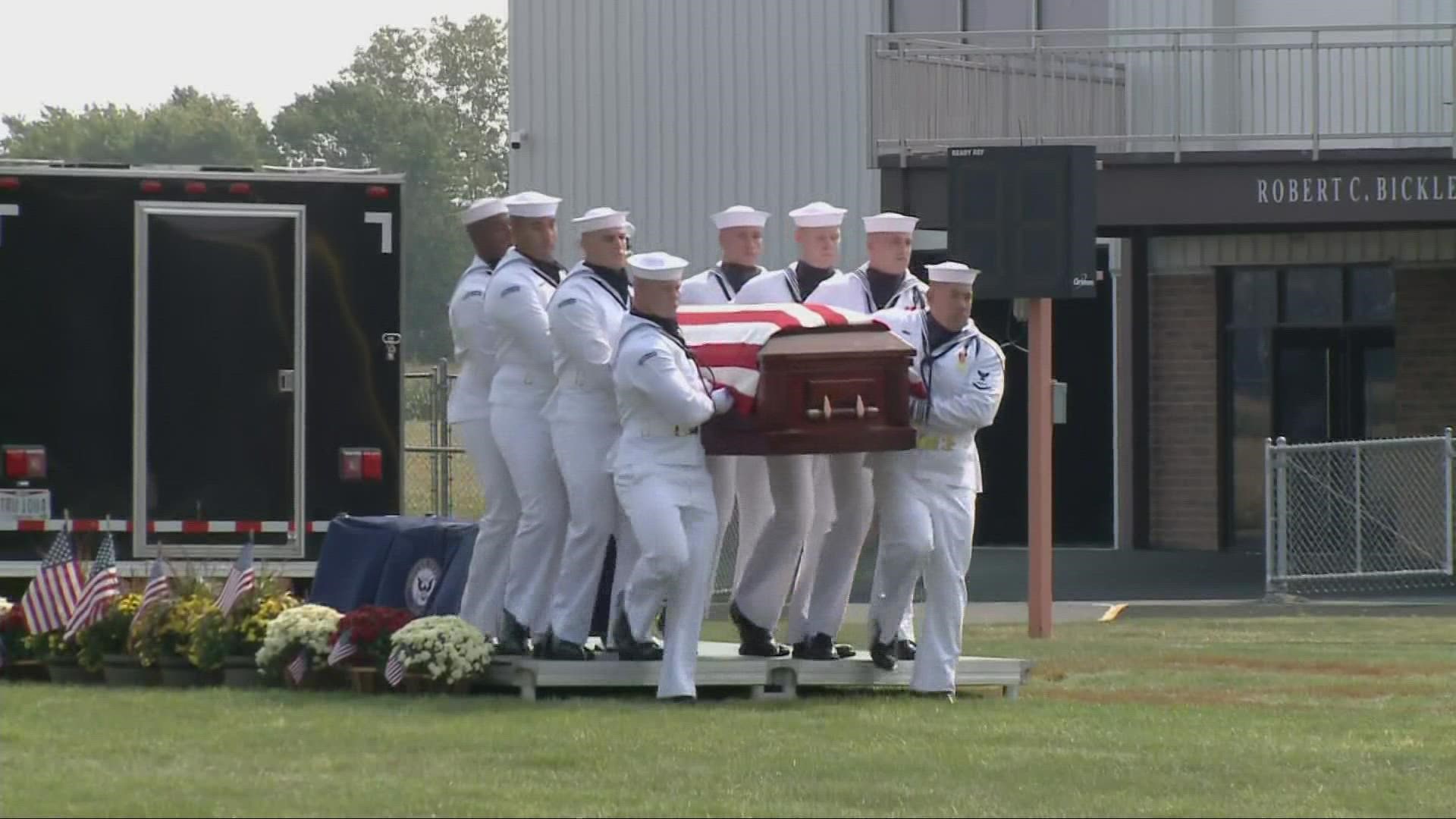 CLEVELAND — During the last few weeks, the Northeast Ohio community has been celebrating the return of Browns football, but it has also been in mourning.

Navy Corpsman Maxton Soviak, a native of Berlin Heights, was one of 13 U.S. service members killed in a terror attack at the airport in Kabul, Afghanistan, during evacuation efforts on Aug. 26. The bombing sent shockwaves across the country and the region, with Erie County grieving the loss of one of their finest sons.

Prior to his career in the Navy, Soviak was a star athlete at Milan Edison High School, winning a team state championship in wrestling while also helping the Chargers to the OHSAA Division V state football semifinals as a senior. Perhaps that is why Browns quarterback Baker Mayfield wanted to find a way to honor the fallen hero.

Mayfield reached out to Soles By Sir, a shoe design company based in Miami, to obtain special cleats paying tribute to Soviak. The finished product features the corpsman's image along with a heartfelt "Rest In Peace" message, and Mayfield wore the shoes during warm-ups prior to Sunday's home opener (due to NFL uniform rules, such shoes cannot be worn during the actual game).

"When Baker Mayfield reached out to have these made for an American hero I knew we had to make it happen," Soles By Sir owner and founder Marcus Rivero wrote on Instagram.

Baker did his best to channel Soviak's athletic courage as well, gutting out an early shoulder injury to throw and run for touchdowns in a 31-21 Cleveland win.