Report: If Cleveland Browns land George Paton as GM, it could be with ‘governor on owner involvement’

NFL reporter Albert Breer gave his thoughts on what it will take for the Cleveland Browns to land George Paton as their next general manager. 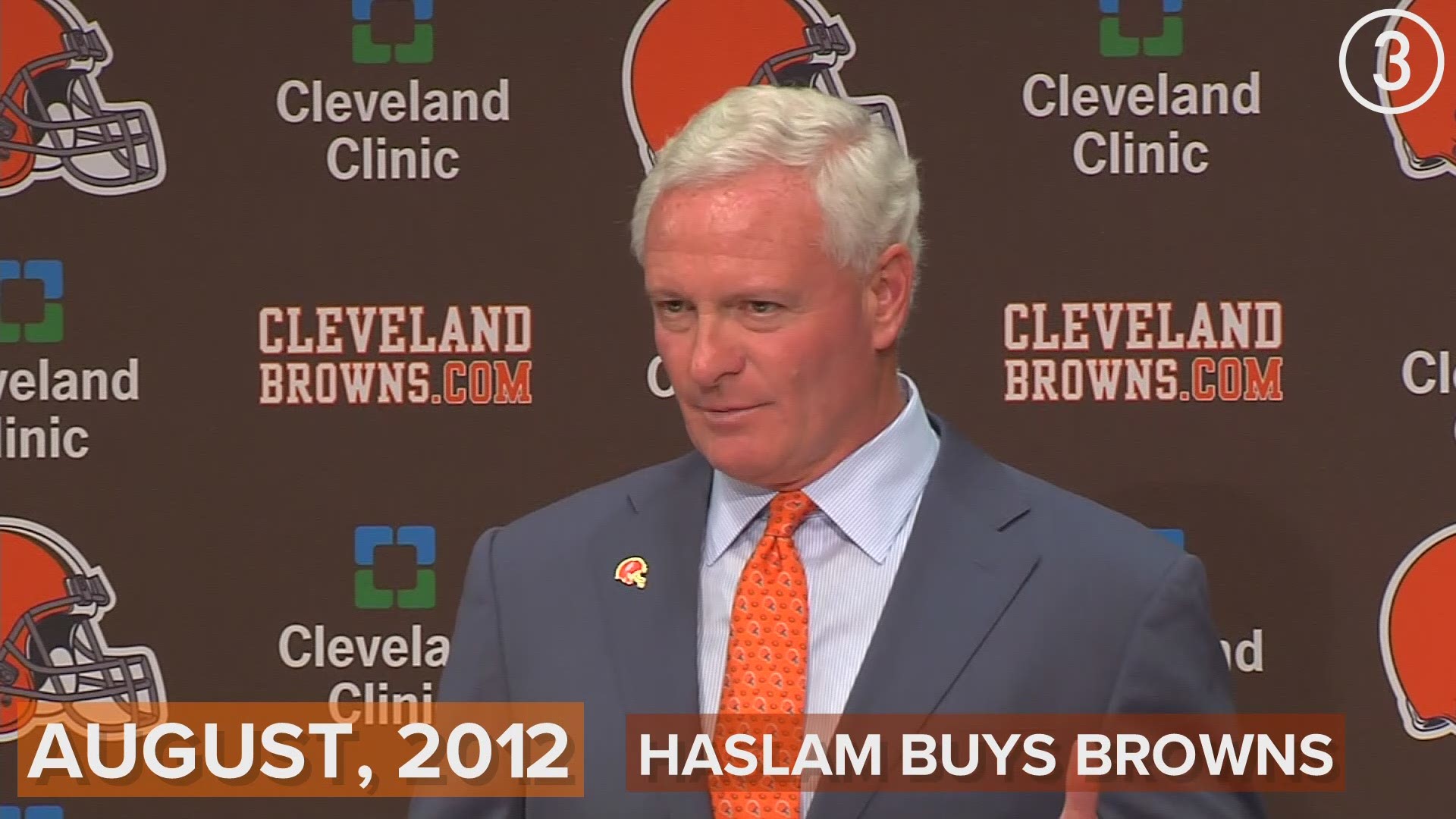 CLEVELAND — When the Cleveland Browns hired Kevin Stefanski to be the team’s next head coach, one search ended and another began as the committee started looking for the next general manager to lead the front office.

Reportedly, longtime Minnesota Vikings executive George Paton is on the team’s short list of candidates and will have a second interview with the committee this week, but according to Albert Breer, senior NFL reporter/lead content strategist for Sports Illustrated’s “MMQB” (Monday Morning Quarterback), it is anything but a done deal.

“If you can get George Paton to come here, that’s one of the reasons I think it would be good news because if George Paton comes, I think he’s coming with conditions and he knows what a successful organization looks like,” Breer said on “The Bull and Fox Show” on Cleveland’s 92.3 The Fan Monday.

“I can tell you for a fact his concerns over Cleveland are a lot like the concerns of a lot of other guys. If you’re able to get a guy with options, he’s either going to come here because they just pull him away financially, which is possible, or they give him the conditions that he asked for. If he’s getting the conditions he’s asked for, I’m assuming there is a governor on owner involvement.”

With owners Jimmy and Dee Haslam involved in front office decisions, the Browns have experienced near constant turnover.

The Browns are on their fifth head coach (Rob Chudzinski, Mike Pettine, Hue Jackson, Freddie Kitchens, and now, Kevin Stefanski) and fifth general manager (Michael Lombardi, Ray Farmer, Sashi Brown, Dorsey and to be decided) in the seven-plus years the Haslam family has owned the team.

“If they wind up getting George Paton, I think that that would be a great end to this,” Breer said. “I think there’s been a lot of trouble signs along the way: the way things went down with Josh (McDaniels), the way the front end of this was handled and some guys not even wanting to interview.

“If you’re able to get George Paton to Cleveland, that’s a huge win because that’s a guy who has options. That’s a guy who’s turned down chances in the past to be a general manager in other places. Very, very well respected, and I would assume, and maybe this is part of them working it out, that he’d be coming there on his terms to some degree.”

Since the Haslams bought the Browns in 2012, no general manager has made it through a third full season.

According to Breer, with Paton having the option to stay in Minnesota and wait for a better opportunity, the Browns might have to do some serious recruiting in order to get him to agree to fill Cleveland’s top front-office vacancy.

“You don’t get a second shot.”