The Pittsburgh Steelers' loss to the Cincinnati Bengals on Monday could have a significant impact on the Cleveland Browns' path to the NFL Playoffs. 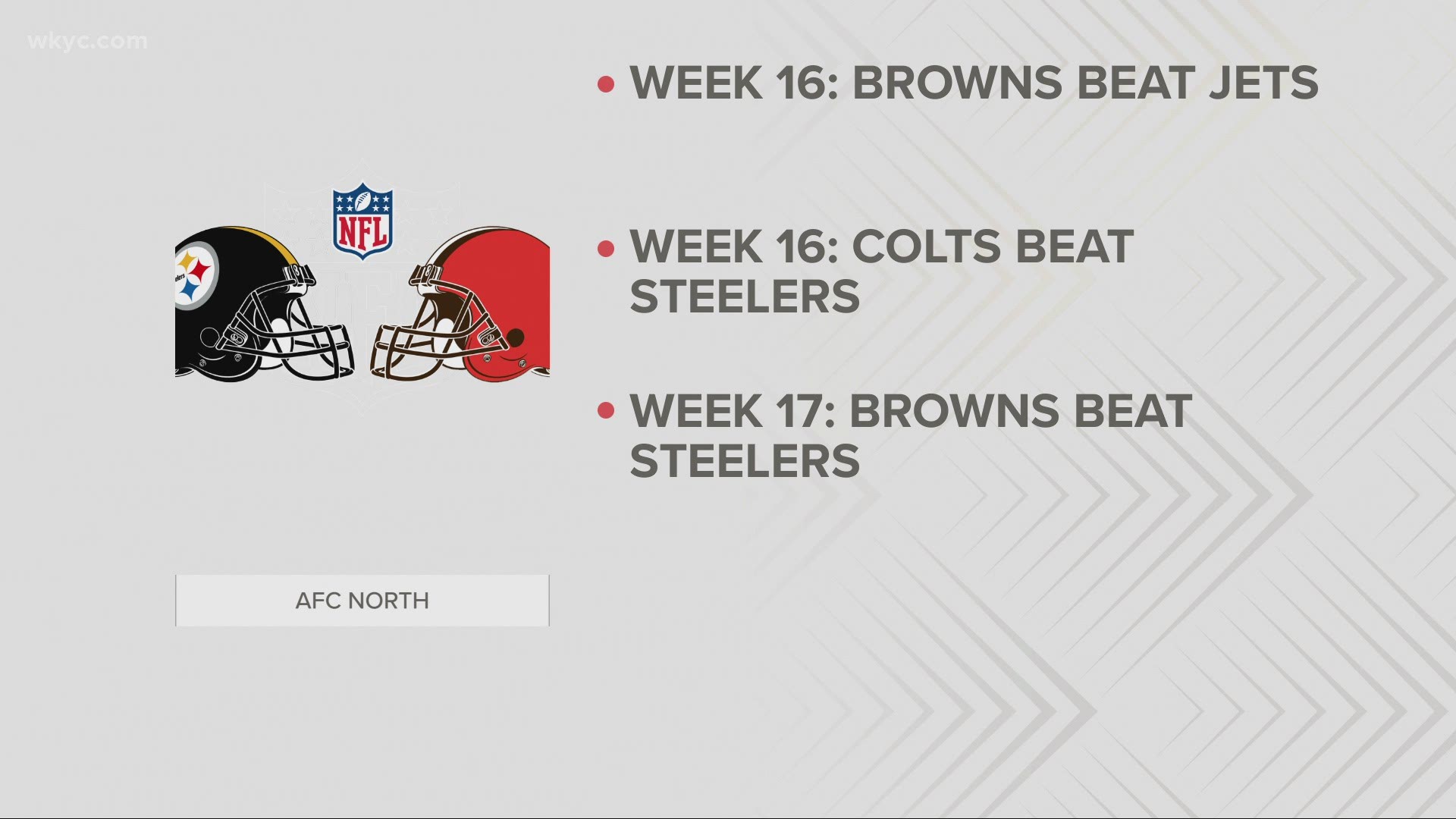 In what marked one of the biggest upsets of the NFL season, the Cincinnati Bengals beat the Pittsburgh Steelers by a score of 27-17 on Monday Night Football. And the Bengals' victory may not have just been a win for Cincinnati, but all of Ohio, as it had a significant impact on the Cleveland Browns' path to the 2020 NFL playoffs.

While the Browns entered Monday with negligible odds of winning the AFC North with just two weeks left in the season, Cleveland's chances of winning its first division title since 1989 now sit at 27 percent according to advanced analytics website Five Thirty Eight. For the Browns, their path to winning the AFC North is pretty simple: if Cleveland beats the New York Jets this weekend and Pittsburgh loses to the Indianapolis Colts, the Browns and Steelers will face off with the division on the line at FirstEnergy Stadium Week 17.

But while the Steelers' loss to the Bengals opened the door for the Browns to win their first division title in 31 years, it's also still possible that Cleveland could be facing Pittsburgh in Week 17 with either the AFC North championship or no playoff appearance at all on the line.

In order for the Browns to clinch at least a Wild Card spot in Week 16, one of the following three scenarios needs to take place:

That means that if the Colts beat the Steelers -- which the Browns need to stay alive in the division race -- they'll need either the Dolphins to lose to the 7-7 Raiders or the Ravens to lose to the 5-10 Giants to enter Week 17 with a Wild Card spot already secured. If neither of those scenarios occurs, assuming the Browns beat the Jets, they would then need one of the following scenarios to occur in order to clinch a Wild Card spot in Week 17:

So while the Steelers' loss to the Bengals opened a new path forward to the playoffs for the Browns, it also created the potential for one of the highest stakes games in franchise history. Or at the very least, it increased the potential for a Week 17 full of not only a game with the division title on the line, but an afternoon full of scoreboard watching across the NFL.