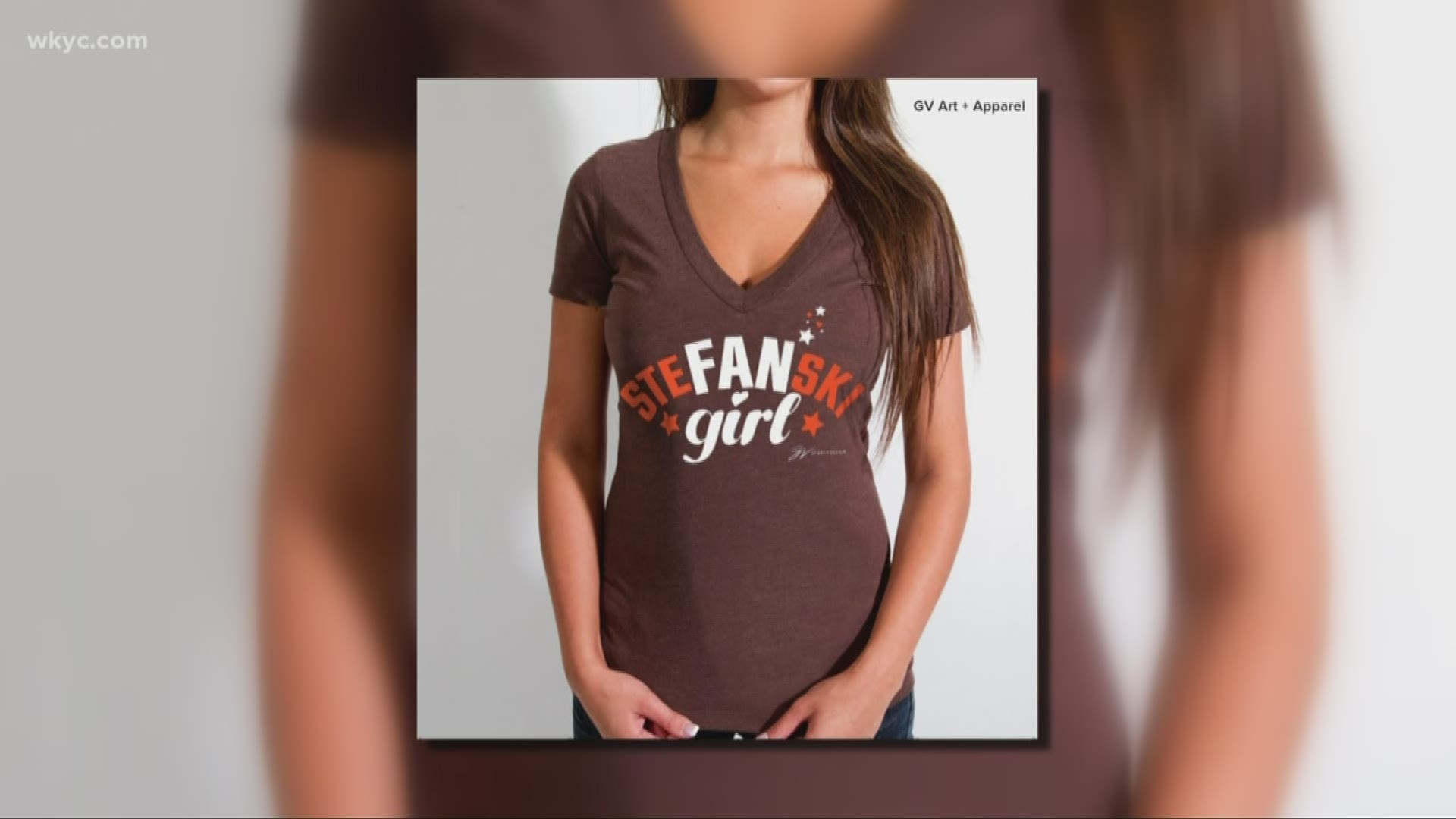 CLEVELAND — New Cleveland Browns coach Kevin Stefanski has yet to hold his first meeting with the players or call a single play, but he has a burgeoning fan base, so much so that Cleveland apparel company, GV Artwork, created a new t-shirt to celebrate his hiring.

GV Artwork capitalized on Stefanski’s popularity, particularly among female fans, with a t-shirt that says “SteFANski girl” on the front of the shirt.

The brown t-shirt features stars and hearts above Stefanski’s name and the “FAN” and “girl” words are printed in bold white letters, while the first and last syllables of his last name are in orange. The “I” in girl is dotted with a heart.

Stefanski may be the toast of the town now, but there is plenty of work to be done between now and September in order to get the Browns where they want to be, which is playing meaningful games late in the season with designs on making a long postseason run.

Currently, the Browns have the NFL’s longest active playoff drought, which now stands at 17 consecutive years dating back to the 2003 season. The Browns last qualified for postseason play in 2002.

The Browns began the 2019 regular season with plenty of hopes and expectations, but all of the hype was unfulfilled as the team struggled to get consistent production and finished with a 6-10 record.

That finish cost first-year coach Freddie Kitchens his job with the organization, and while the Browns have not finished about third place in the AFC North Division in more than a decade, Stefanski is not concerned about what happened in the past.

“I am undeterred and I am undaunted,” Stefanski said in his introductory press conference at FirstEnergy Stadium Tuesday. “I think the challenge is there and I cannot wait to be a part of this change.