For the past 10 years, the former Georgia Tech wide receiver has trained with his dad. 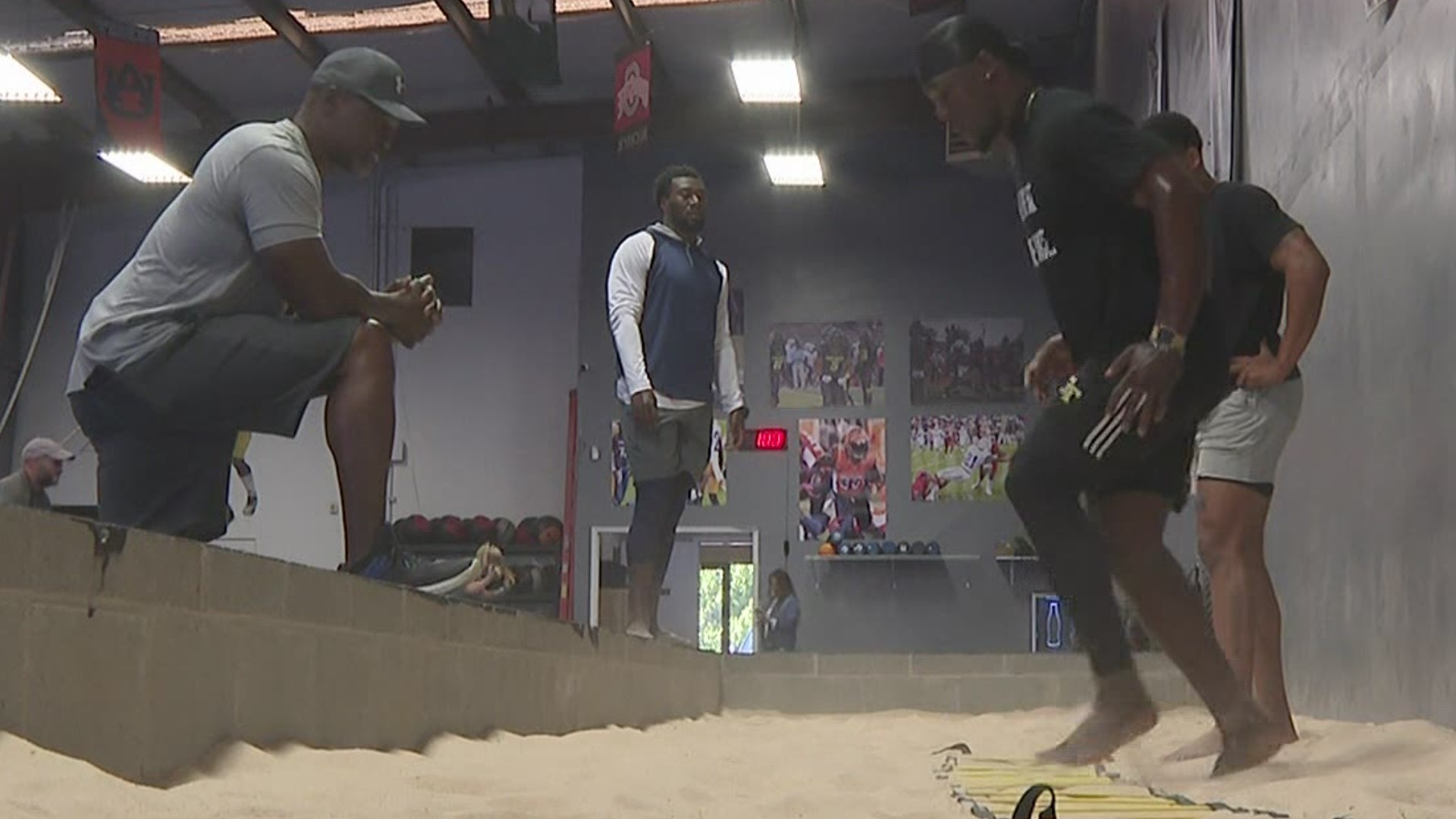 ATLANTA — For aspiring NFL players, finding the right trainer can be a difficult task.

Former Georgia Tech wide receiver Jalen Camp didn’t have any trouble. For the past 10 years, he has trained with his dad.

“I think at the beginning I didn’t have a choice,” Jalen said. “As time went on I started to fall in love with the process, the hard workouts, all that kind of stuff.”

Some guys switch things up when they go through the pre-draft process – they travel to a facility to get specialized training, a nutritionist, and focus on nothing but football. Jalen Camp decided to stay home to train with his dad.

“I don’t think we ever sat down and talked about it, we just kind of knew it,” Jalen said.

Sticking with his routine paid off. Jalen impressed scouts at his Pro Day with a blazing fast 4.43-second 40-yard dash and 30 bench press reps. The combination of size, speed, and athleticism has led to Jalen being compared to Seattle Seahawks receiver D.K. Metcalf.

“D.K. is 100 percent a fantastic athlete,” Richard Camp said. “He is a freak of nature athlete. I am just happy that my son can be in that conversation as a freak athlete.”

But even with a little pre-draft hype, Jalen Camp is staying levelheaded.

“You never know what’s really going to happen on draft day,” Jalen said. “I’m going to try to stay even keel regardless of what I’m hearing and just see what happens.”