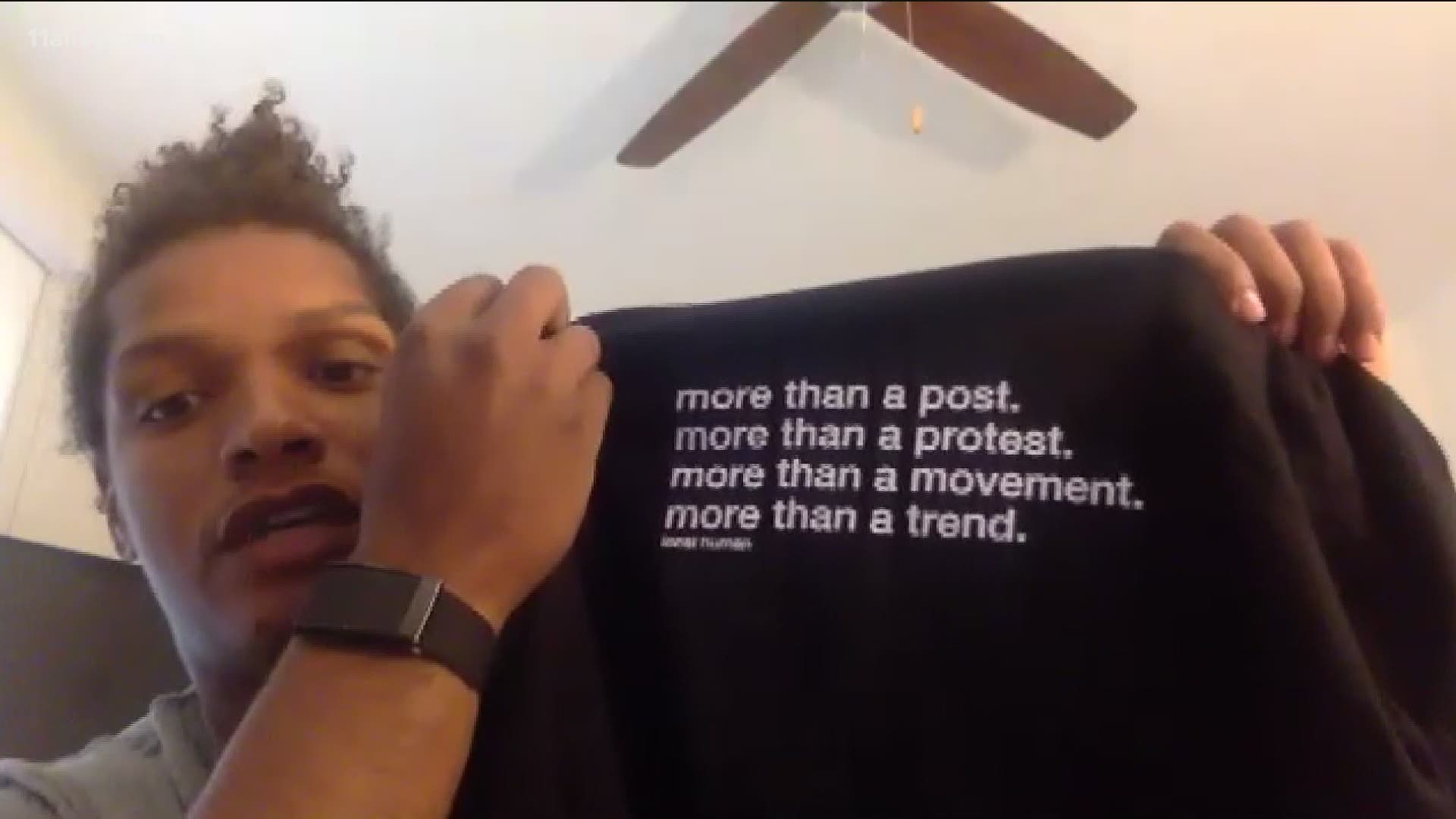 ATLANTA — Athletes across the nation are using their voices and their platforms now more than ever, to jumpstart a change in our country. Eagle’s Landing Christian Academy grad Issac Rochell is one of the athletes leading the charge.

The Atlanta native now calls California home as a defensive end for the Los Angeles Chargers. He started a t-shirt company back in April called Local Human to raise money and awareness within the black community.

“It started off with I think a collective frustration and fear that what’s going on right now could simply be a trendy thing," Rochell said. "This is way more than just a moment in time, or a movement, or a trend. This is about changing the trajectory of humans and how we view each other."

He explained that Local Human believes in action and by buying their t-shirt, you are taking action.

He took the shirts to the protests in Los Angeles. It was an event he said gave him hope and perspective.

“Being from Atlanta and growing up in the South it has been moving to me to go to these protests and see full white families holding up signs that say, 'Black Lives Matter',” he said.

He’s not alone in his efforts. Guys from both the NBA and NFL joined protests all over the country.

“I’m on the radical side where I think it’s our obligation," Rochell said. "If we have this platform and we’re not using it we’re missing out on an unreal window of time and window of opportunity.”

If you want to learn more about his mission and merchandise you can visit the website: www.LocalHuman.co