Starr won the first Super Bowl as QB of the Green Bay Packers. 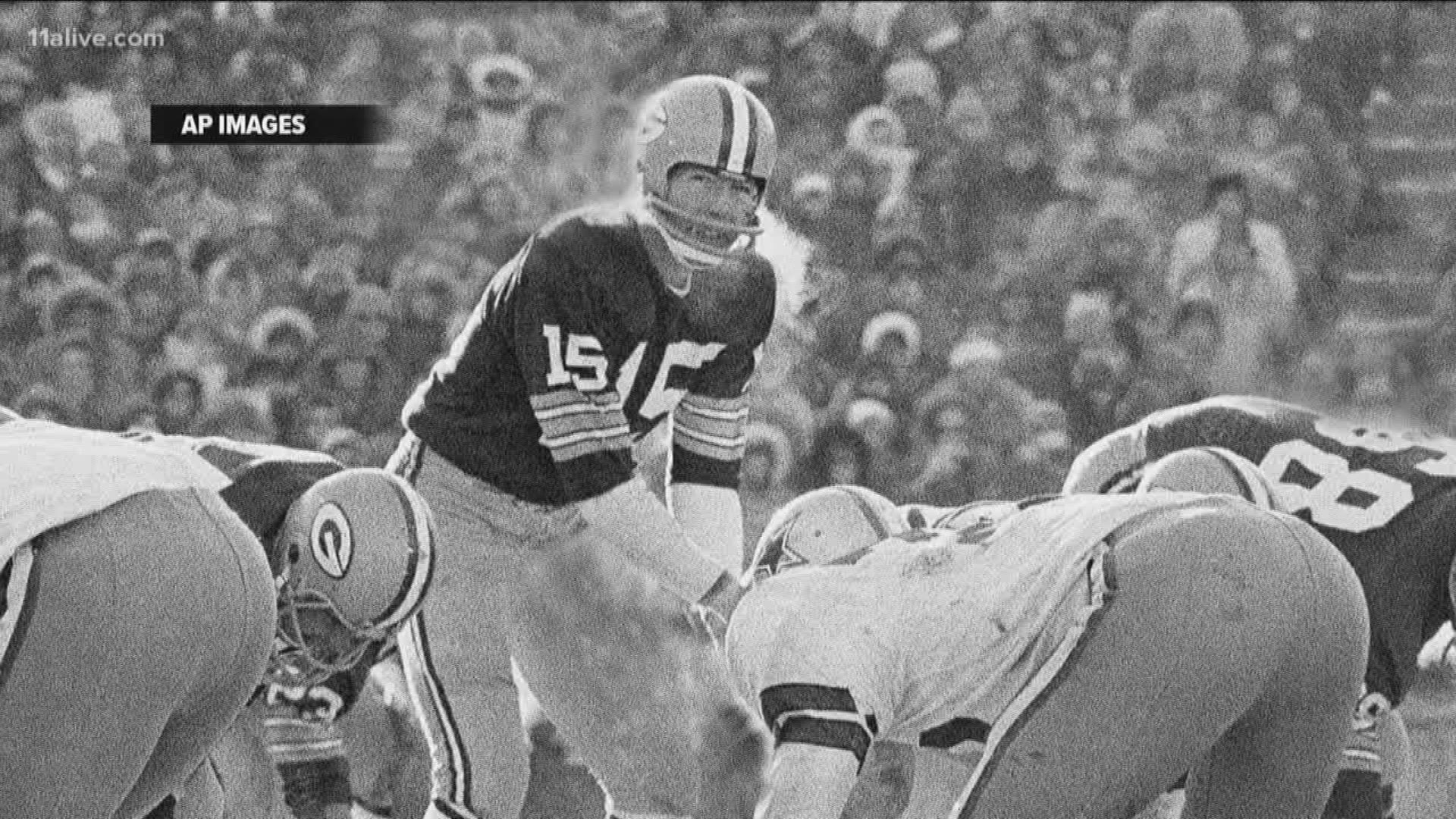 GREEN BAY, Wis. — Bart Starr, the Green Bay Packers quarterback and catalyst of Vince Lombardi's powerhouse teams of the 1960s, has died. He was 85.

The Packers announced Sunday that Starr had died, citing his family. He had been in failing health since suffering a serious stroke in 2014.

The Packers chose Starr out of the University of Alabama with the 200th pick in the 1956 draft, and after Lombardi's arrival in 1959, Starr led Green Bay to six division titles, five NFL championships and wins in the first two Super Bowls.

But it was in the "Ice Bowl" on New Year's Eve 1967 that Starr secured his legacy, scoring on a sneak with 16 seconds left to give Green Bay a 21-17 win over the Dallas Cowboys.

Starr was inducted into the Pro Football Hall of Fame in 1977.

English does it all for Georgia Tech against Duke