Back in 2000, the Super Bowl was played in the Georgia Dome. This year - it’s in the Mercedes-Benz Stadium. But that’s only the beginning. 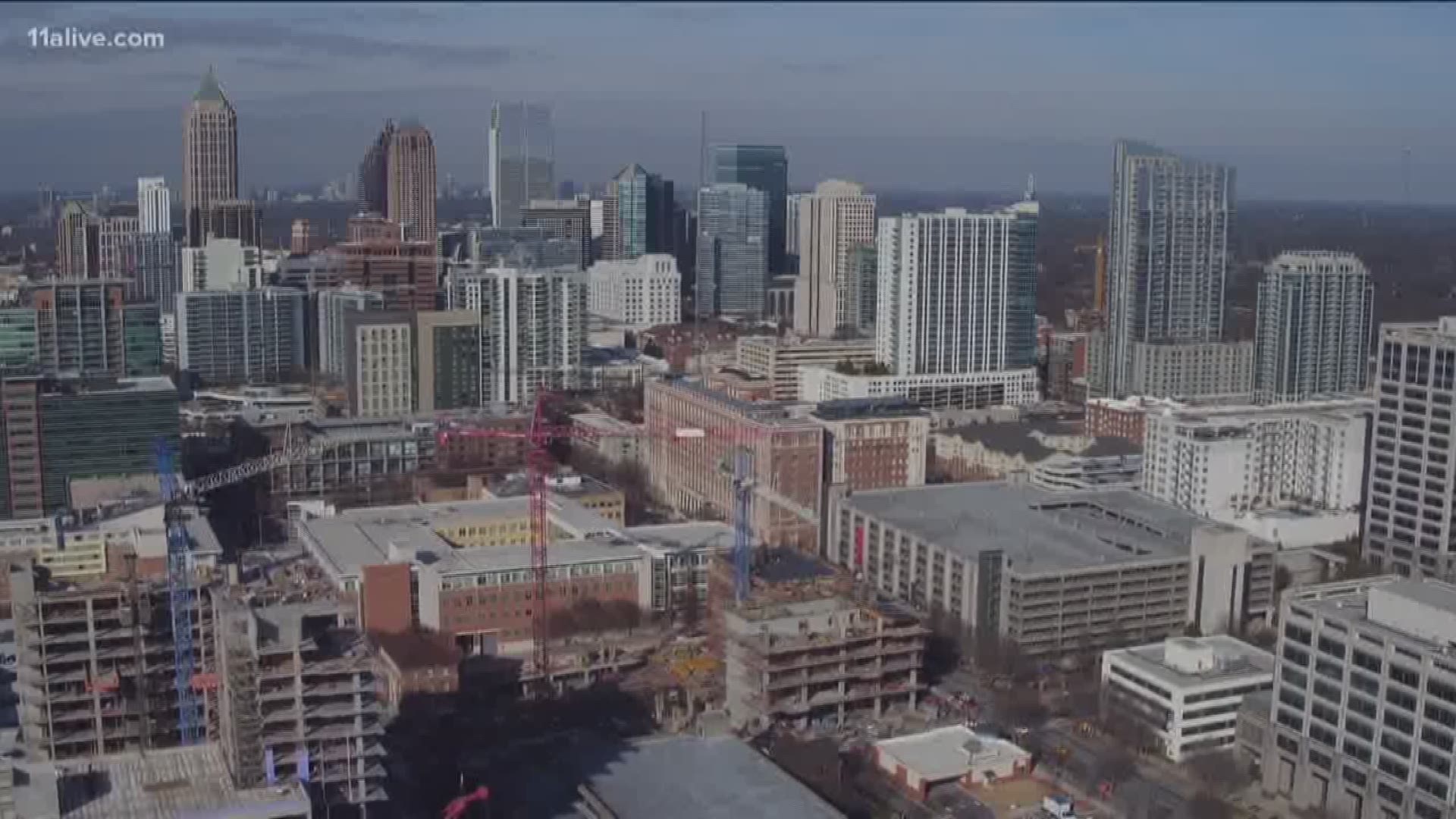 In 2000 – the second time Atlanta hosted the Super Bowl – the St. Louis Rams beat the Tennessee Titans. Then, the Rams later became the Los Angeles Rams.

Back in 2000, the Super Bowl was played in the Georgia Dome. This year - it’s in the Mercedes-Benz Stadium.

But that’s only the beginning.

Back then, Buckhead was a party scene. But that changed after Baltimore Ravens linebacker Ray Lewis was allegedly involved in a deadly fight inside the Cobalt Lounge - it no longer exists.

The 2000 U.S. Census shows the city of Atlanta’s population was 4.1 million. Now, it’s estimated to be 5.8 million - and that’s just inside the city limits!

MARTA built their three final rail stations in Dunwoody, Sandy Springs and North Springs at the start of the new millennium.

Speaking of the new millennium – kids born in 2000 can now register to vote. Let’s just… let that sink in for a moment...

And if you wanted to send a text, you had to tap the number on the phone until you got the letter you wanted, so it’s understandable that at the time, the average American only sent 35 texts a month.

The Billboard Hot 100 No.1 song at the time of the Super Bowl was "I Knew I Loved You" by Savage Garden. And the No. 1 movie at the time was "Next Friday."

In 2000, the World Trade Center’s Twin Towers were still standing. You could still bring large bags and even coolers into stadiums. Aaliyah, Prince, Michael Jackson and Whitney Houston were still singing. Robin Williams and Bernie Mac were still making us laugh. And every U.S. president in history at the time was a white male.

A lot’s changed in the 18 years since the last Super Bowl was held in Atlanta. It kinda makes you wonder - what will happen in the next 18?