The Hall of Famer has likely been in Atlanta (public showings) at least four time since 2000, when a double-homicide incident changed his life forever. 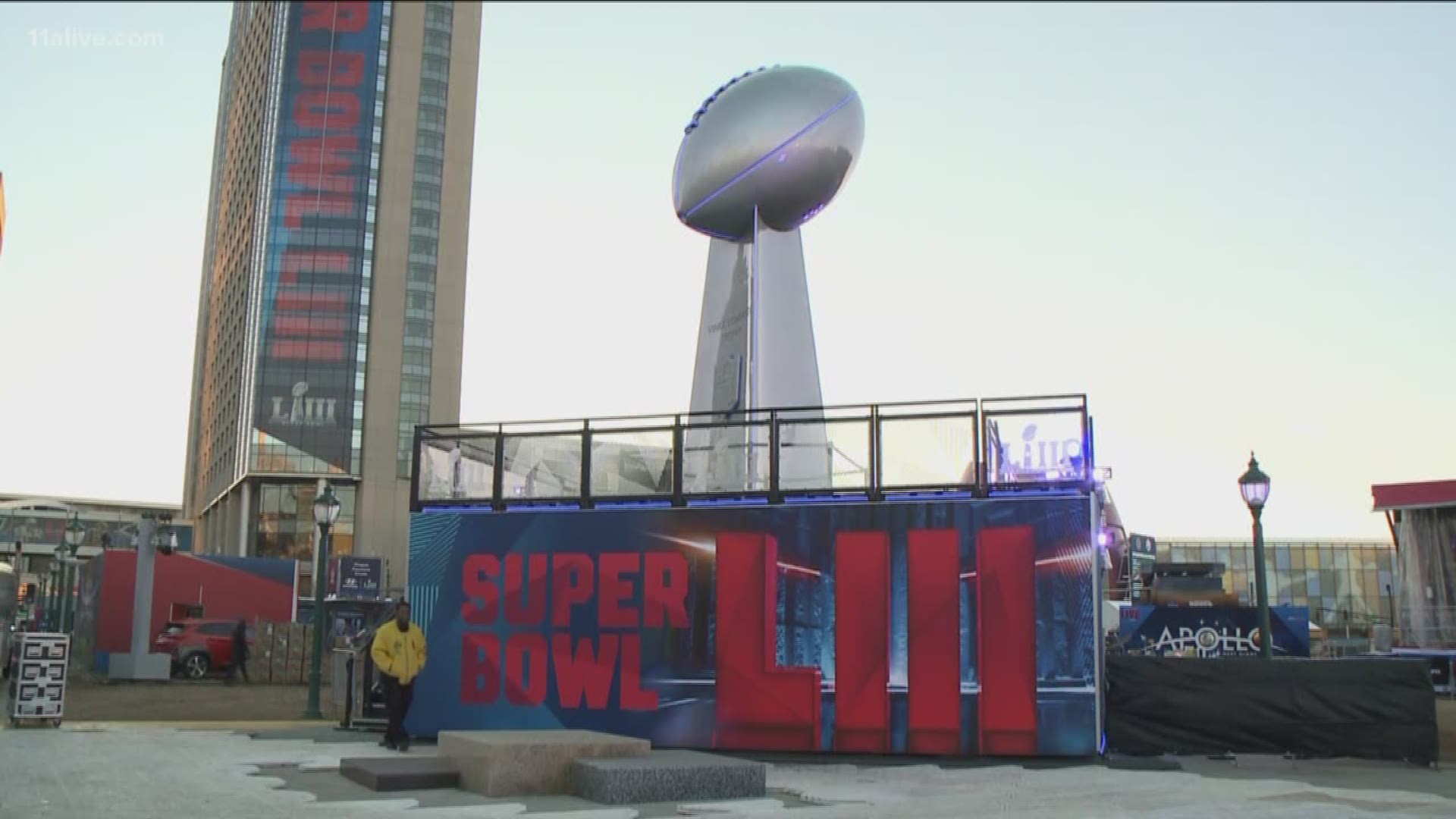 ATLANTA — Nineteen years have passed since one of the most infamous occurrences in Buckhead history, involving one of America's most famous athletes at the time.

In the early morning hours of Jan. 31, 2000, after the last Super Bowl played in Atlanta provided a memorable ending to millions of TV viewers, All-Pro linebacker Ray Lewis and members of his entourage (including Reginald Oakley and Joseph Sweeting) hit the now-defunct Cobalt Lounge in Buckhead.

On the way back to Lewis's Lincoln Navigator stretch limo, a melee broke out between Lewis/Sweeting/Oakley/etc. and another group, resulting in the stabbing deaths of two 20-something men, Richard Lollar and Jacinth Baker.

Lewis didn't realize it that second, but his life would forever be changed by the deadly fight.

"When chaos happens, it happens way too fast," Lewis would say in a TV interview years later, after hearkening back to the night of the fight.

Soon after that, Lewis would share a poignant line about the many lessons learned from the incident in old Buckhead: "I live with Atlanta every day of my life ... what's tied to me (there), was something tragic."

Oakley and Sweeting were subsequently indicted on murder and aggravated assault charges ... but later acquitted in the summer of 2000.

For his role in the brawl, Lewis pled guilty to a misdemeanor charge, in exchange for his testimony in the case.

The future Hall of Famer was sentenced to 12 months' probation (for which he wouldn't violate) and given a hefty fine for initially offering a misleading statement to police ($250,000).

The following season, the Ravens would claim the Lombardi Trophy, the result of their 31-7 rout of the New York Giants.

Despite the huge crush of media, along with the accompanying storyline query of whether Lewis deserved to be playing on Super Sunday, the Ravens linebacker still ended up with "Super Bowl MVP" honors. 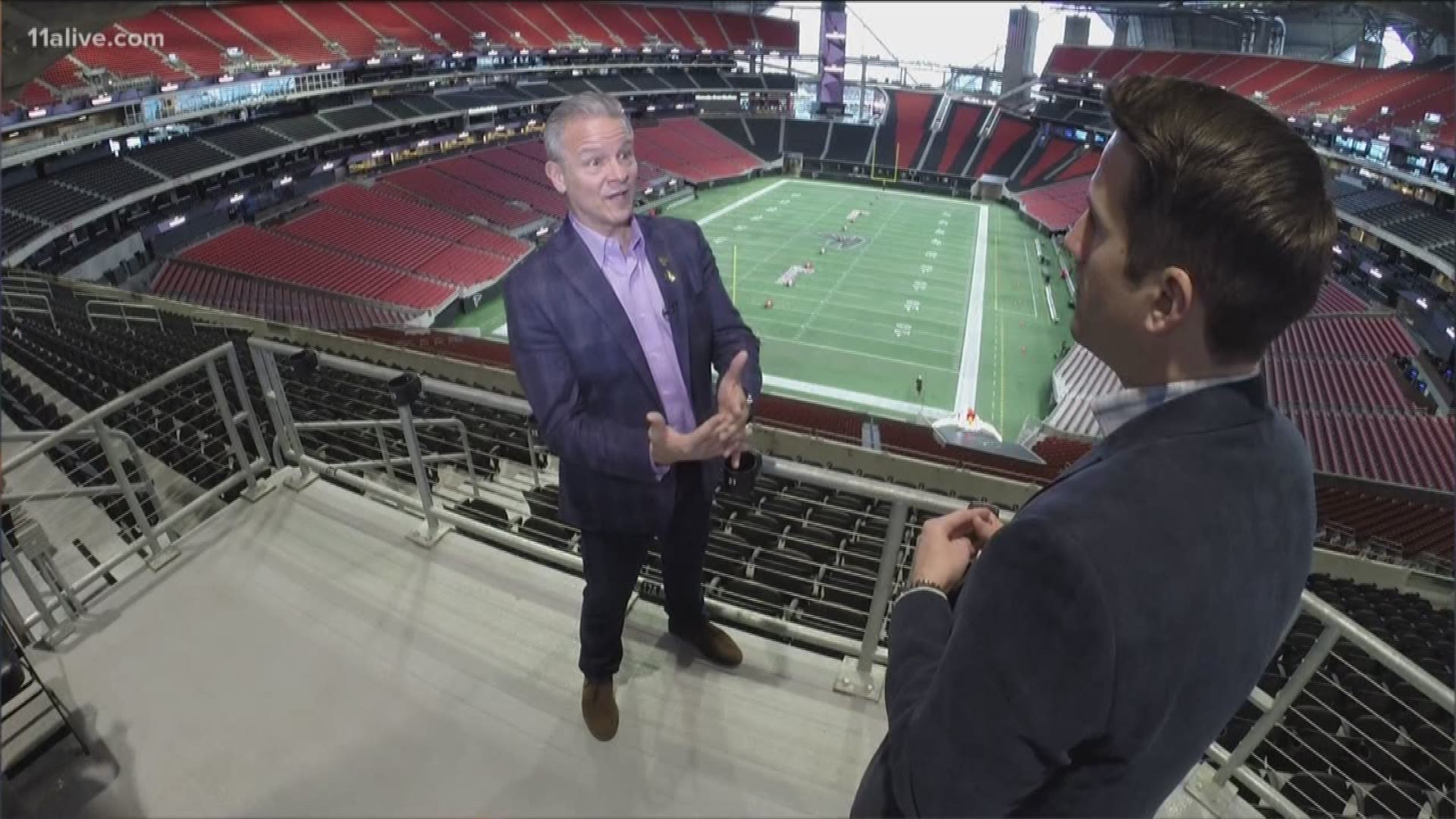 The old Buckhead area of raunchy bars, at least those east of Roswell Road, have been gone for 12-plus years, allowing for a billion-dollar development to eventually take its place (think Rodeo Drive for Atlanta).

The area overhaul likely would have occurred, even if the double homicide hadn't indirectly involved a famous athlete. But the incident undoubtedly sped up the process of Buckhead's transformation.

Lewis has changed through the years, in his own words.

Sure, he still enjoys the fame of being an NFL legend, a Super Bowl champion and Hall of Famer; but gone are the days of wearing fur coats and exhibiting expensive jewelry at wild nightclubs, as a means of calling attention to his fame and fortune.

Another example of growth. Since his high-profile criminal trial in the early 2000s, Lewis has returned to Atlanta a handful of times–even though any sort of homecoming would conjure up memories and references to the last time the city hosted a Super Bowl.

From our research, Lewis has likely been in Atlanta at least four times in recent years (all public appearances).

Roddy White notched the game-winning touchdown with 20 seconds left in the game (33-yard scoring pass from Matt Ryan); and for the day, Lewis had a pedestrian outing of five tackles, zero sacks or tackles for loss.

2/3) During Lewis's four seasons as an ESPN pregame and post-game contributor for Monday Night Football (2013-16), the Falcons had two prime-time home games in Atlanta.

4) Last summer, Falcons defensive tackle Grady Jarrett hosted a celebrity event at Topgolf Midtown. Lewis was one of the on-hand celebrities, snapping photos and signing autographs with the event attendees.

Which brings us back to the original question: Will Lewis be on hand for the upcoming Super Bowl Week?

As a full-time member of Showtime's Inside The NFL program, it's an extremely safe bet Lewis will be on-set with "teammates" James Brown, Boomer Esiason and Phil Simms.

In fact, for Super Bowl Week in Atlanta, Inside The NFL will film/produce a first-run episode, slated to air at 9 p.m. EST on Tuesday, Jan. 29.

UPDATE #1: Showtime Network has confirmed that Lewis will be in Atlanta for all of Super Bowl Week.

UPDATE #2: On behalf of his Ray Of Hope Foundation, Lewis will host a charity event on Feb. 1. For more information on the 'Gold Jacket Party With A Purpose,' taking place at the Porsche Experience Center, click here.