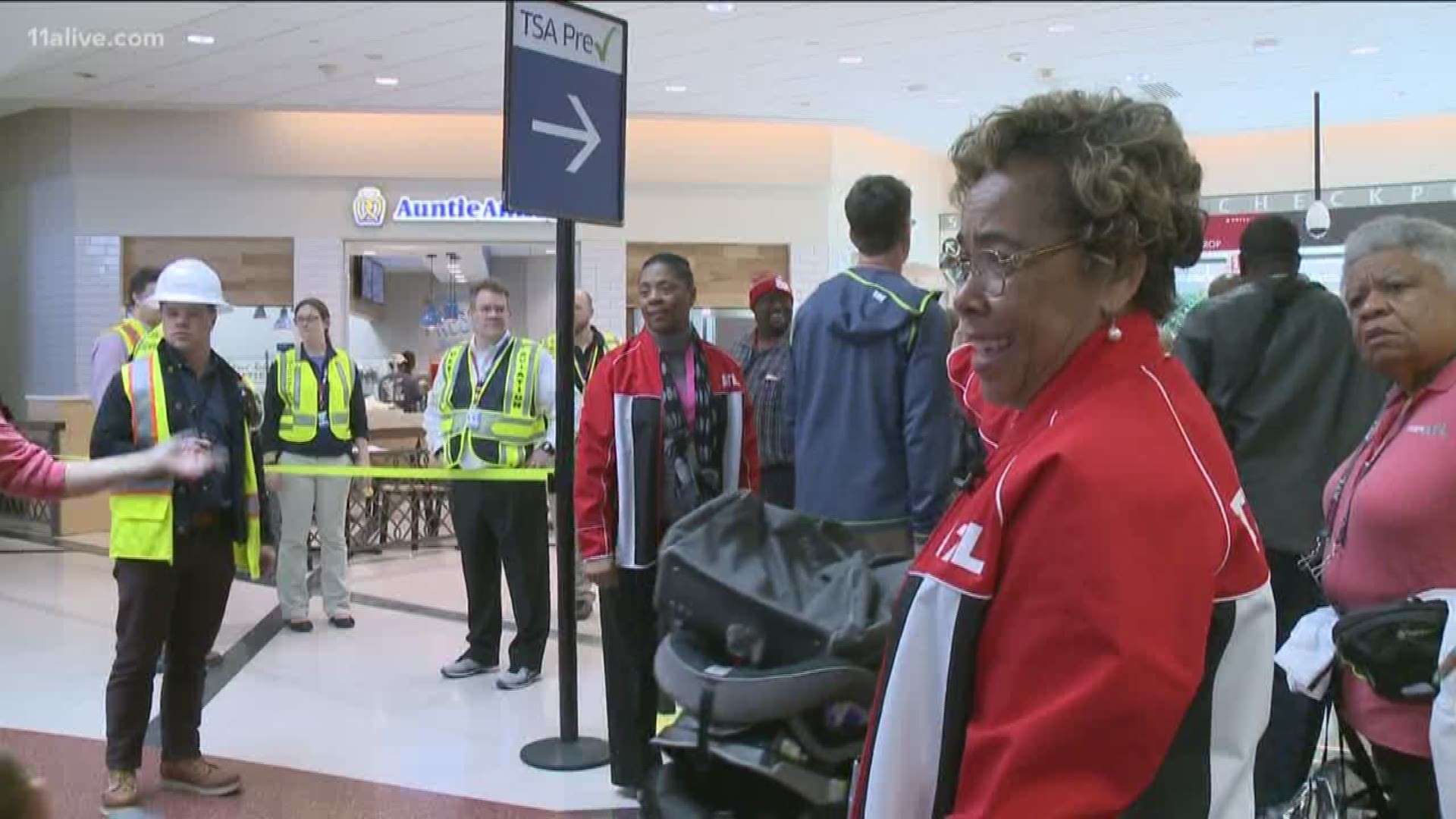 ATLANTA — The Super Bowl is over, and folks are all set to head home. That can mean only one thing: It's time for Mass-Exodus Monday - the day everything slows to a crawl as Super Bowl visitors leave town.

The Atlanta Airport was already expecting an eye-popping 100,000 travelers to pass through their security gates on Monday (normal traffic is around 70,000 to 80,000 passengers screened a day). The TSA predicts that they'll like surpass that benchmark.

Lines earlier in the day averaged nearly 90 minutes - but went as high as two hours. Officials said passengers began lining up as early as 4 a.m., and by noon, TSA officials said more than 50,000 people had passed through the four security checkpoints at Hartsfield-Jackson.

1 / 6
Bill Liss / WXIA
Passengers stand in long lines, waiting to get through a security checkpoint at Atlanta's Hartsfield-Jackson International Airport on Monday, Feb. 4, 2019, the morning following Super Bowl LIII. Wait times for the checkpoints exceeded one hour for awhile on Monday.

According to TSA Spokesperson Mark Howell, Atlanta's airport was fully-staffed and prepared for the mass of people. Officials said they brought in 100 TSA agents from out of town to make sure the lines kept moving. They also brought in 27 canine teams to keep everyone safe. The canine teams are comprised of 16 local teams and 11 out of town teams.

To make sure everyone gets to your destination on time, the airport recommend the following:

You can also check the wait times for TSA security checkpoints by heading to the Airport website.

Don't get stuck in traffic!

While the festivities may be over, visitors should still consider taking MARTA to and from the airport.

The trains are running 24/7 through Tuesday to accommodate the surge of people. Select bus routes are also running 24 hours until 2 a.m. Feb. 5.

Lyft is also partnering with MARTA to bring passengers to stations for a discount until Feb. 4 (though it doesn't include trips to/from the airport, so plan accordingly). To get the 50% off discount, use the code SUPERMARTA.

Visitors and locals alike are advised to take extra time and to download MARTA's smartphone apps before heading out to get the latest updates on route changes and times throughout Super Bowl Weekend.

You can also dial 511 to get real-time traffic information.

If you're flying out after the game, the airport is saying you should carry your Super Bowl program onto the plane instead of packing it in your luggage - it could slow you down!

According to airport officials, some of the materials used to produce the book is setting off scanners that are forcing security agents to pull luggage off of conveyors to check individual pieces of luggage, which causes its own set of problems.