"(Homeland) made some really decent arrests, but was it metro Atlanta? No. And it wasn't as focused on victims. It was more on the johns coming in," said Atlanta Police Chief Erika Shields. 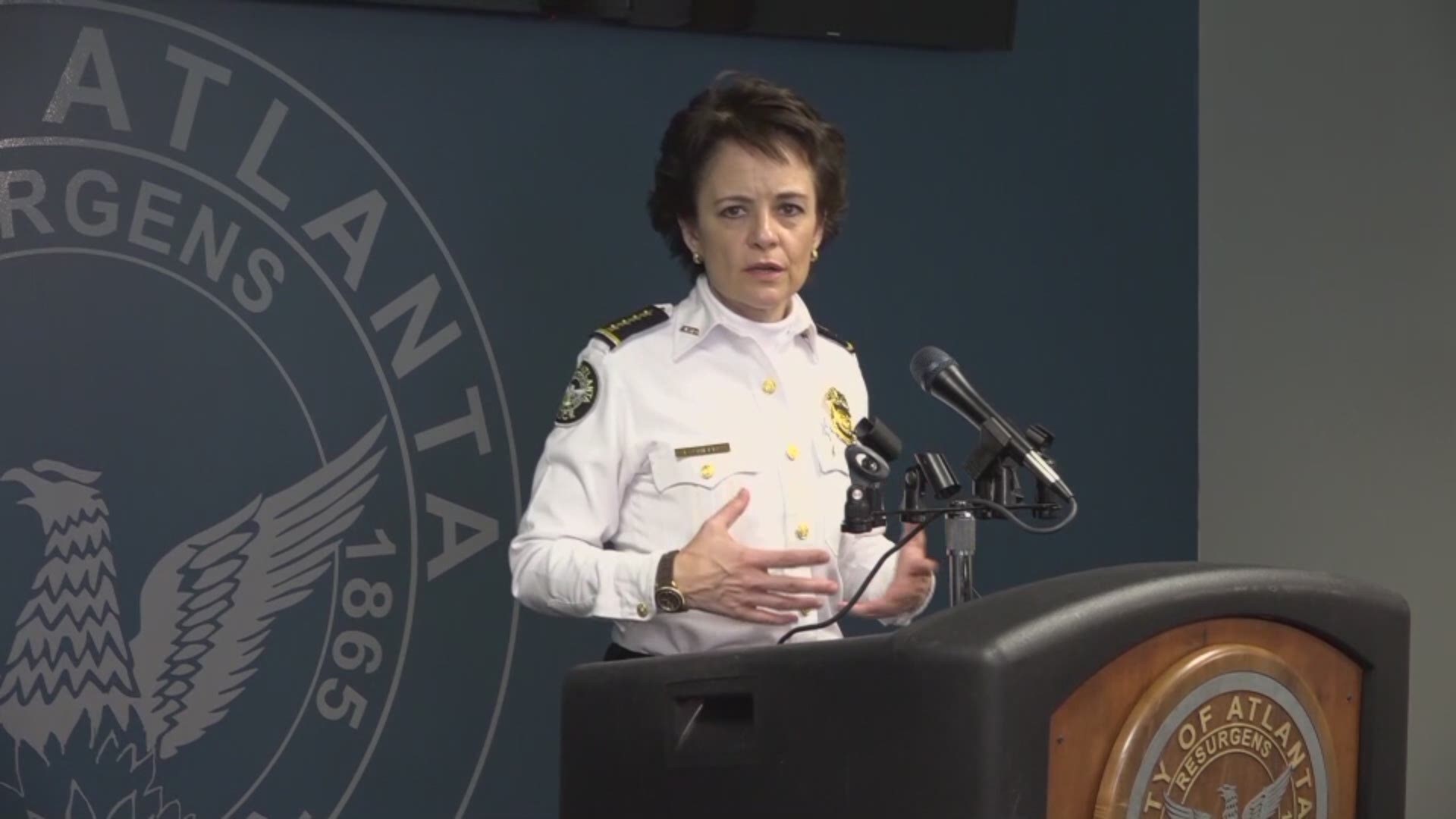 ATLANTA — Atlanta Police Chief Erika Shields said that while she was very pleased with the job that her department had done through the Super Bowl period, she pointed out that claims of multiple sex trafficking arrests in the city of Atlanta during that period were not necessarily true.

Last week, the Department of Homeland Security announced that 33 people had been arrested for sex trafficking in the Atlanta area.

When asked about those arrests at a Monday afternoon news conference, Shields was far more particular with her wording. She pointed out that the APD works with the FBI on the Match Task Force to arrest sex traffickers and rescue females being trafficked on a year-round basis.

"Homeland Security has a separate initiative that they do. In the report out that was provided at the NFL security meeting, it was Homeland Security reporting on what they had accomplished," Shields said.

She did not want to take away from the fact that the arrest removed some bad guys from the streets, but at the same time, she wanted to make sure that the information was put in its proper perspective.

"They made some really decent arrests -- but was it metro Atlanta? No. And it wasn't as focused on victims. It was more on the johns coming in," Shields said. "We (need to) make it clear that it was not sex trafficking victims in Metro Atlanta, because I think that label is unfairly applied to this city."

Planning ahead of the Super Bowl has taken more than two years, with one of the goals for Shields and her police force to make certain not to have an "asterisk" next to this year's game, whether due to problems with security or other problem that would fall under the control of law enforcement.

Shields was asked if she thought anything could have been better about the weekend.

The New England Patriots downed the Los Angeles Rams 13-3 in the lowest-scoring Super Bowl ever.

Shields said she felt relieved that this event was over and that the department could breathe a little before the next major sporting event the city has ahead of it -- the 2020 NCAA Final Four, scheduled for April of next year.

Several teens missing in metro Atlanta and they need your help