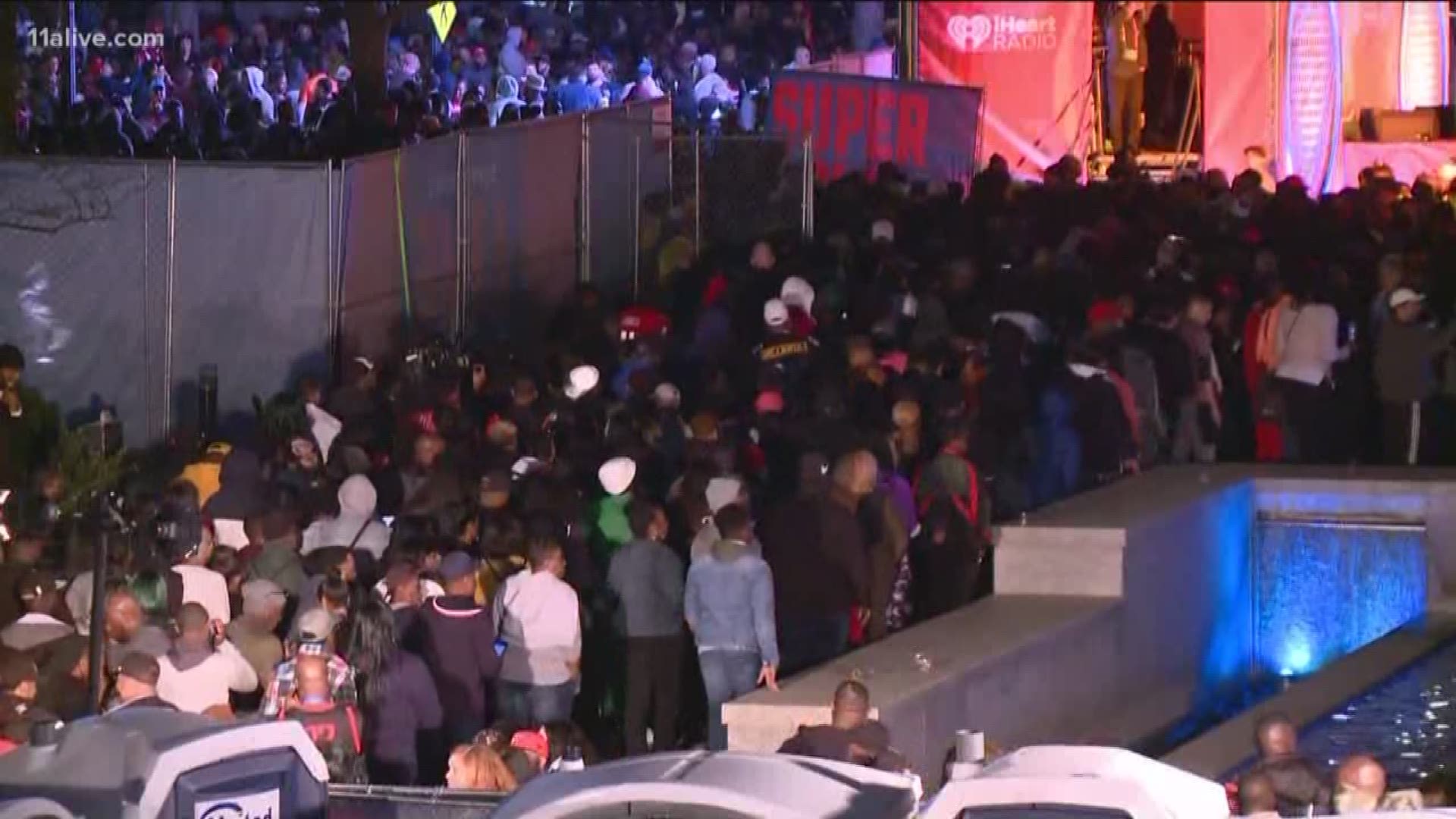 On Saturday night, if you were headed into the city by way of MARTA, the Super Bowl LIVE concert venue was not the only thing that was full.

Even before the concert ended, the streets were completely filled with pedestrians and vehicles. The downtown area was so full that even the Atlanta Streetcar had stopped running entirely. They said it was too much pedestrian and vehicle traffic.

The parking lots at MARTA stations were also full. For weeks, local officials have been urging people to use public transportation to get into Atlanta and so many listened that the parking lots at station became another hurdle to cross.

The transit authority is offering a deal for customers who want to use the train -- but are worried about parking.

By 9 p.m. on Saturday, MARTA had reported that several of their parking areas were completely full. The handful near all the action that were still open for the public use were quickly nearing capacity.

But fear not if you're still trying to get to the fun. MARTA partnered with Lyft and is offering up to 50 percent off each ride with the promo code "SUPERMARTA" for customers traveling to or from their stations.

RELATED: Super Bowl LIVE was full and people were mad. Here's what they said.

RELATED: Behind-the-scenes with the teams protecting the Super Bowl

Lyft trips to and from the airport, Vine City and locations near the Super Bowl campus are excluded from the promotion, however. And savings will be capped at $10 a ride. But it's good for up to 10 trips.

If you've really got your heart set on taking your car to the MARTA lot, you still have some options.

Despite some issues with rail services on Saturday afternoon, and the suspension of the Atlanta Streetcar service due to heavy pedestrian and vehicle traffic in the downtown area Saturday evening, service was restored by early Sunday morning.

MARTA tweeted on Sunday morning that all lots are open. To get status alerts from them, check their status feed here.