Here's what you have to make sure you do when you come to the city. 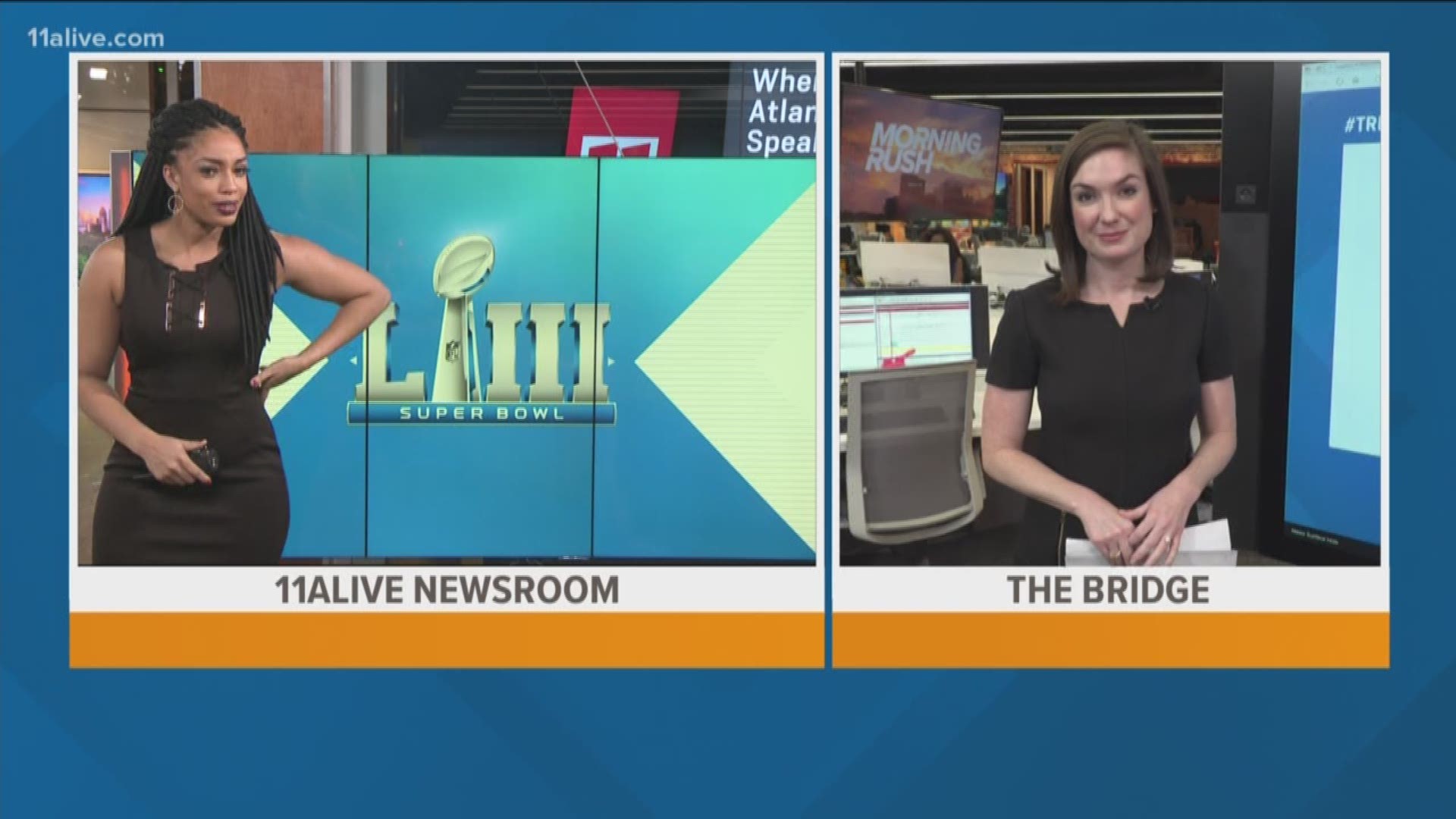 ATLANTA — In the words of Jermaine Dupri "Welcome to Atlanta where the players play."

From Mary Mac's to Magic City, and everything in between -- Atlanta has a lot to offer.

11Alive is where Atlanta speaks so we asked Atlantans their suggestions for what guests coming to town for the Super Bowl should do and see while they're here.

Here is a visitors guide to the city from the people who call it home.

Well, you have to grab ATL's lemon pepper wings. From extra seasoning to extra crispy -- Atlanta makes them the way they're supposed to be made. Make sure you ask for your celery on the side, some places are a tad bit stingy with the veggies. American Deli, The Wing Bar, Dugans, Wingnuts and A-Town Wings are great wing cafes.

Food | Welcome to the South if it's your first time here

Atlanta also has widely popular food halls that each have several restaurants inside. Check out Ponce City Market or Krog Street Market.

Clubs | You haven't partied until you've partied in Atlanta. If you get the chance, check out some of these places.

The Sivas, Escobar, Circa Lounge, M-Bar, U-Bar, Compound and Bulldog are some of the most notable clubs in the city. If you want to run into some celebs --here's where they will be.

Strip Clubs | Atlanta is known for our strip clubs

The Clermont Lounge is Atlanta's oldest strip club and it's iconic. Rappers are always talking about Onyx, Blue Flame and Magic City, so if you're a hip hop fan you can see the music in action.

Places | We have a whole lotta' history in this city, so you definitely want to visit these spots.

Of course, this wouldn't be Atlanta if you didn't experience some of our 'one of a kind' traffic. Make sure you check out the closures.

11Alive
We're getting ready to be flooded with visitors coming for the Super Bowl and we want them to feel welcome! Drop your recommendations for what they should see, do or eat while here!

The Super Bowl will be played in Atlanta on Feb. 3 at Mercedes-Benz Stadium. 11Alive is the official partner of the Atlanta Super Bowl Host Committee, with exclusive content from the 11Alive set at Super Bowl LIVE in Centennial Olympic Park.