A non-profit trying to combat child neglect and abandonment stumbled onto something truly sinister in their work. 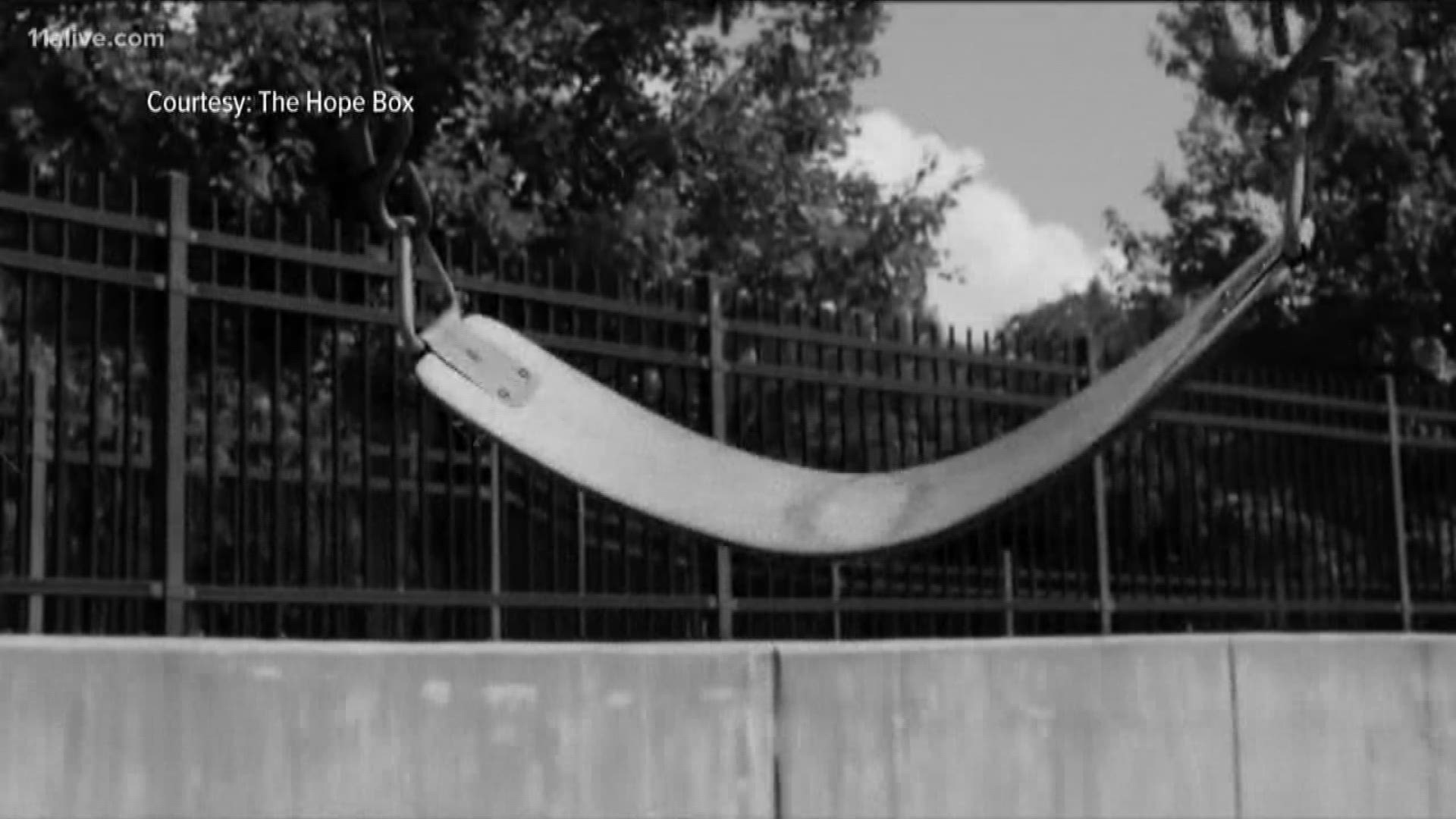 ATLANTA — It’s an uncomfortable topic. But, it’s also one of the darkest and sickest crimes imaginable - infants and children bought and sold for sex.

“When we first discovered it with The Hope Box, I was mortified,” said Sarah Koeppen.

Koeppen is the executive director of The Hope Box, a non-profit organization started in 2014 with the hopes of tackling child neglect and abandonment in Georgia. But what Koeppen and her team found, was much more sinister.

“They see these children as a market, as a commodity,” she explained.

Who buys infants and children for sex?

In 2018, 60 people were arrested, and four children were found in an FBI-led sting that uncovered a child sex trafficking ring in Georgia. Inside the sting was a 3-month-old infant and her 5-year-old sister. Their "going price" - $600.

“It is happening," Koeppen said, referencing the horrific fact. "They are worth more than the girls.”

►RELATED: 'Motivation' is in jail for sex trafficking: hear his warning to parents

Koeppen discovered one case in the state of a mother trying to sell her own infant.

“The Hope Box got a tip that this young lady was serving men in Atlanta," Koeppen recalled. "She served 11 men, the infant was in the hotel room. She had gotten arrested and when she was getting out of jail, she sent a tip to the aunt that had the infant and said, ‘my pimps told me I can get a good price for my baby, I’m coming for it.'”

Legally, police and the state Department of Family and Children's Services couldn’t stop the mother from getting her infant, because, according to Koeppen, a crime hadn't occurred yet. Koeppen got an emergency hearing with a judge who stepped in to protect the infant.

In another incident, Koeppen was called to a hospital by a caseworker, concerned about a mother who had just given birth to twins.

“I get there, and the mother is worried, crying, saying some woman just signed the birth certificate and can walk out with her babies," Koeppen recalled. "I asked her how long she had been in sex trafficking. She told me she had just gotten off the phone with her pimp. I told her, 'that woman that signed her birth certificate was a madame.' And her eyes got big as she realized this woman was going to take her babies from her. We got someone to stop it, but just that quickly, she could have lost those babies.”

Those are just three of many stories - some stories too disturbing to share.

“My heart broke, as a mom, because I realized, this child had no say in what was happening to them and even if they cried out for help, it’s not like they could ever describe it and, and this person was so detached from the harm that they were inflicting on them,” she explained.

Koeppen said infants and children are found online on the dark web/black market. She said some of her government contacts tell her an infant can be bought and sold in less than two hours. And they’re often referred to using animals as code names

"Three-month golden retriever. Black lab," Koeppen listed. "It's all referred to as ‘The Wild West.’”

But it’s not just prostitutes or women being sex trafficked that also traffic their own children. Koeppen said children and babies can be kidnapped and sold. It’s a concern she said she has, as the crowd descends upon Atlanta for the Super Bowl.

“We need to pay attention more than ever, because it is very easy to lose a child in a crowd," she said.

While air carriers, like Delta, released training videos to prepare their staff for spotting child sex trafficking and Atlanta Mayor Keisha Lance Bottoms settepep up efforts to protect children, Koeppen said the hope of saving them comes down to everyone being vigilant.

“If you see something, report it," she urged. "Just because they are with an adult, that does not mean that is their parent. Don’t ever look the other way. Better to be safe than sorry.”

The Hope Box is collecting data on how often infant and child sex trafficking occurs. Koeppen said it's difficult to track sex trafficking in general, because stats only track arrests.

Still, Koeppen hopes to strengthen laws. So far, the organization has been instrumental in changing the Safe Haven Law in Georgia, which extended when and where a mother can drop off her newborn, with no questions asked, to protect them from abuse, neglect or possible trafficking.

The organization is also training police, firefighters and hospital workers to understand Stockholm syndrome and the type of domestic abuse that leads a mother and child to be sex trafficked.

In addition, an app called "See Something, Send Something" provides a platform for people to capture photos of suspicious activity, including possible human or sex trafficking, and send the information to law enforcement immediately.

For more information on how to help The Hope Box or questions, visit www.thehopebox.org.