Artist Fabian Williams plans to replace demolished mural of Colin Kaepernick with at least seven others. 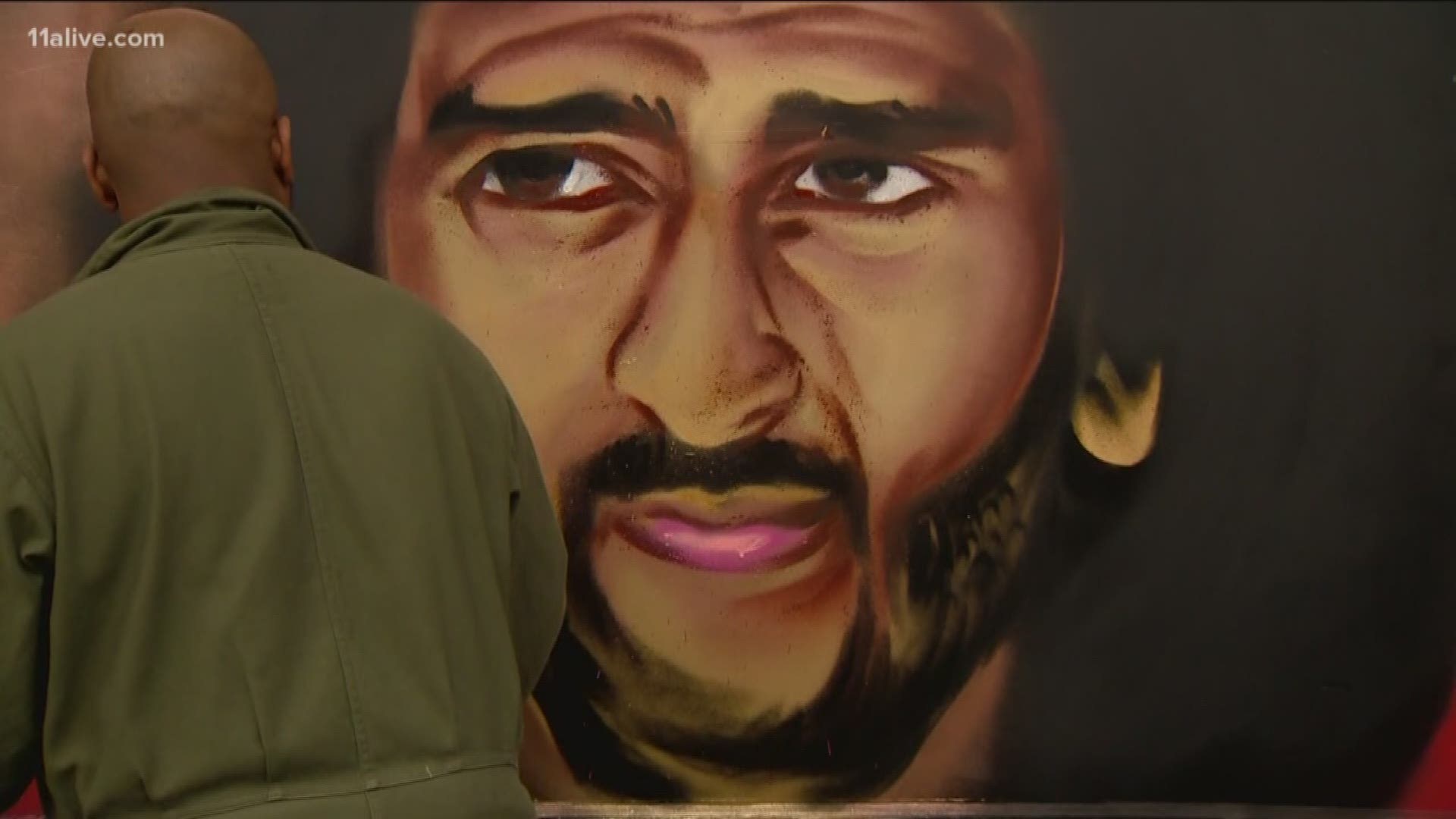 ATLANTA — There is no neutral ground when it comes to former San Francisco 49ers quarterback Colin Kaepernick. People either love him or hate him.

Kaepernick angered many when he decided to kneel during the national anthem to protest police brutality against blacks and other people of color. Many others followed suit.

In the years following, Kaepernick ended up out of football, but not out of the national consciousness, where he has become a symbol for many -- of either defiance or of derision.

Until a few days ago, a mural with his face had adorned the side of an abandoned building in southwest Atlanta, just blocks from the stadium where Super Bowl LIII will be played.

But when artist Fabian Williams drove by this week, he found that his mural, and the building that it had been placed on, were both demolished.

She described Kaepernick as a symbolic product of his community that Williams felt was a perfect fit for Atlanta and for the Atlanta Falcons. That is what initially led him to do the artwork. It was something that was not hurting anything. On the contrary, it was a benefit to the community.

"The fact that it was torn down on the first day of Black History Month in the home of the Civil Rights Movement and only days ahead of the Super Bowl leaves some questions," Nash said.

But Williams says he won't be deterred. On Sunday, Williams, along with other artists, will be installing at least seven Colin Kaepernick murals in what he has referred to as "Kaeper Bowl."

"We have had a lot of community support, international support - surprisingly, a lot of support from the U.K.," Nash said.

She says that while they have had offers from businesses of space, she has made certain to get support from building owners.

"That way, we can reduce any potential ill will," she said.

There are several locations that have already been revealed, including the Krog Street Tunnel, Cafe 640 Community West on Evans Street in Southwest Atlanta, Mission Development on Jonesboro Road in Southeast Atlanta, Edgewood Plaza, and 400 Northside Drive.

They plan to start at the Krog Street Tunnel and will reveal other locations as the day progresses.