At least three men from Georgia have been indicted for counterfeit ticket schemes ahead of Super Bowl LIII in Atlanta. 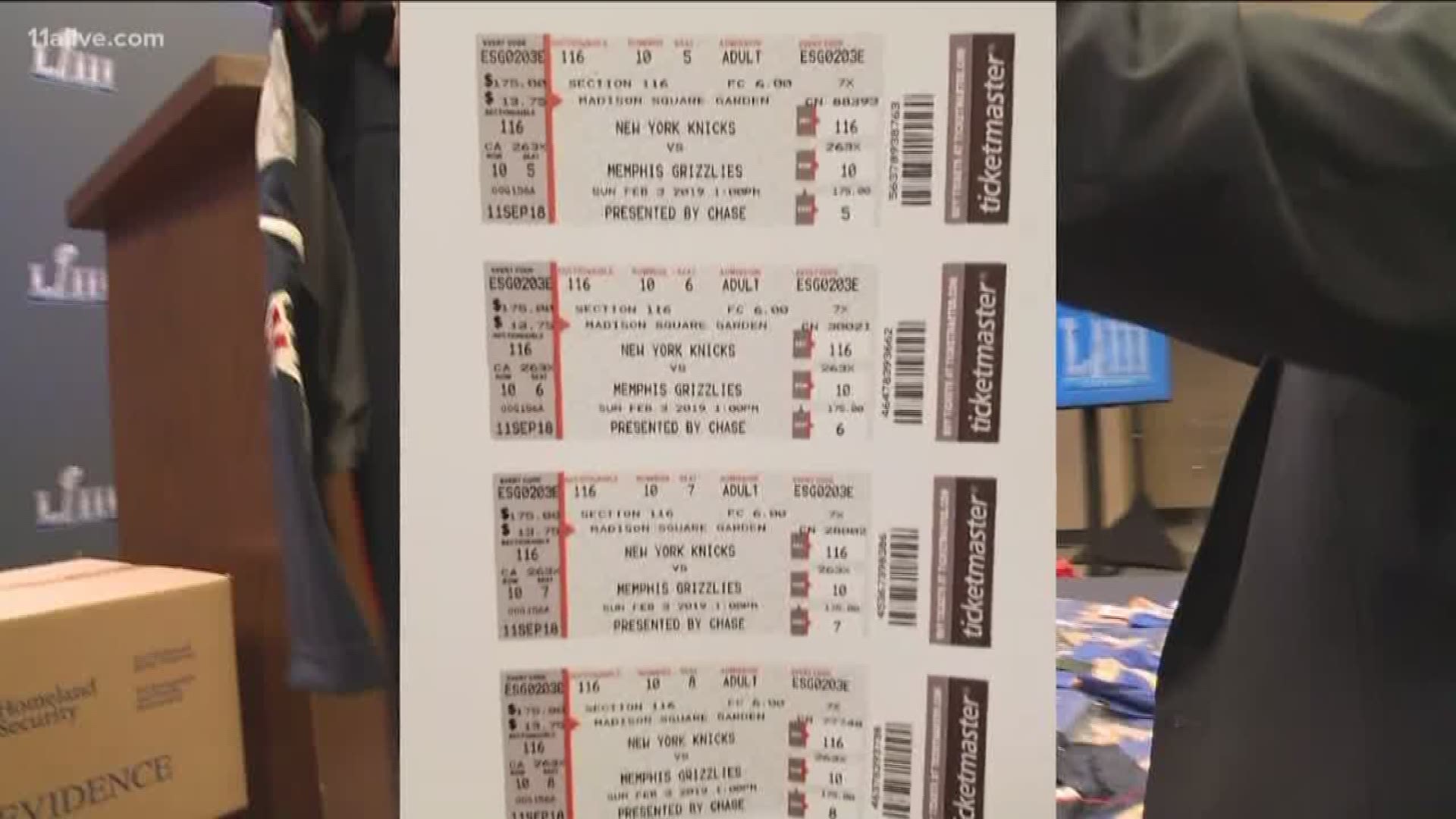 ATLANTA — The NFL, federal officials and law enforcement across the United States are urging Super Bowl fans to purchase tickets and other merchandise through legal channels, because counterfeit ticket sellers are using sophisticated technology to make their products seem like the real thing.

Officials with the U.S. District Court of the Eastern District of Pennsylvania also announced a series of criminal indictments against several people accused of selling counterfeit tickets and merchandise to Super Bowl fans in Atlanta this year, and in Houston and Minneapolis the last two years.

“Every year, the Super Bowl unites Americans in a unique way. It’s a celebration of competitive spirit, but with all the good there is an opportunity for criminals to prey on unwitting victims,” said U.S. Attorney of the Eastern District of Pennsylvania, Bill McSwain. “Unfortunately, (the Super Bowl) attracts people looking to make a quick buck.”

McSwain announced that a man was arrested Monday in Duluth, Georgia for trying to make his way to the Atlanta Super Bowl with a car full of printing equipment and card stock to create counterfeit tickets.

According to a Duluth police report, Damon Daniels, 49, was pulled over on Jan. 29 on Pleasant Hill Road for driving with expired temporary tags out of Florida. Daniels had an active warrant from the FBI's Philadelphia office for wire fraud and several other felonies, according to the report.

While officers searched the car, an FBI special agent called the Duluth officers on scene, informing them that Daniels was known for making counterfeit tickets for special events, sports games and concerts. The officer found a black computer bag in the back seat of the car that contained about 50 pages of card stock with what appeared to be counterfeit tickets to events, including “Super Saturday Night” with the Foo Fighters at Atlantic Station and a receipt for four tickets. Other possible evidence, including flash drives, was seized from the car, as well. 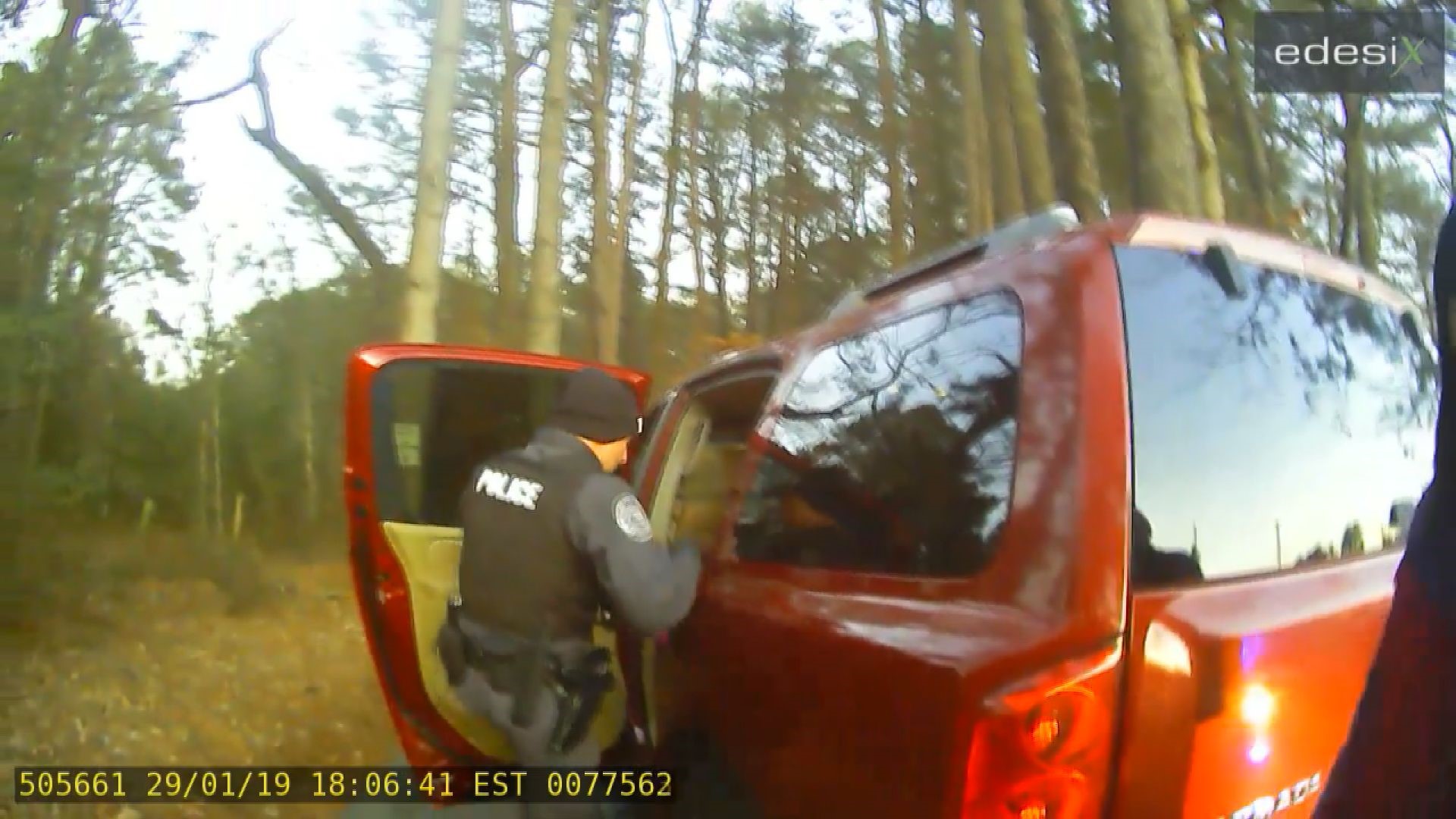 Daniels, who lives in Bronx, New York, was transported to the Gwinnett County Jail on the FBI fraud warrants, and other charges.

“There could be a range of penalties due to financial loss,” McSwain said. “We are bringing charges federally, to ensure serious prison time if convicted.”

McSwain also announced in Atlanta Thursday that six criminal indictments were issued against multiple defendants in a counterfeit ticket trafficking scheme that spanned several states, targeting past Super Bowls in Houston and Minneapolis.

Two Georgia men – Eugene Smith of Lithonia and Eric Ferguson of Riverdale – are charged in one of the indictments with wire fraud and trafficking counterfeit goods. The indictments allege that Smith purchased real tickets to sporting events and concerts, then handed them over to Ferguson, who printed counterfeit tickets for resale.

Prosecutors said the counterfeit tickets were distributed to a network of people who would advertise and sell the tickets to unsuspecting fans. Some other events connected to the counterfeit ticketholders included the Army-Navy Game in Philadelphia and a college football playoff game in Tampa, Florida.

Several others from the Philadelphia area are also facing federal charges for conspiring with Ferguson and Smith to sell counterfeit tickets to events across the region.

“Every year, we see fans arrive to the Super Bowl only to be turned away because they bought counterfeit tickets,” said Michael Buchwald, a senior consultant to the NFL. He held up tickets to Super Bowl LIII in Atlanta to show the ticket’s security features.

The front of each ticket has a full polymer graphic that is raised. The back features a true color security label showing Mercedes-Benz Stadium, the Super Bowl logo, a Wilson football and Super Bowl LIII printed across it. Each ticket is printed with thermo-chromic ink, which fades when heat is applied and returns when the heat source is removed.

Since Super Bowl LII in Minneapolis, over 285,000 counterfeit items--team jerseys, caps and t-hirts-- have been seized, worth over $24 million.

“Those illicit proceeds funnel back to support a broad range of crimes,” Annan said. “They’re predatory, hurt the economy and restrict competitiveness of legitimate business.”

NAVIGATION: How to get around Atlanta during Super Bowl LIII