How many flights did Atlanta handle on Super Bowl weekend? A whole lot

An animated flight map shows one of the busiest weekends for flying in Atlanta's history. 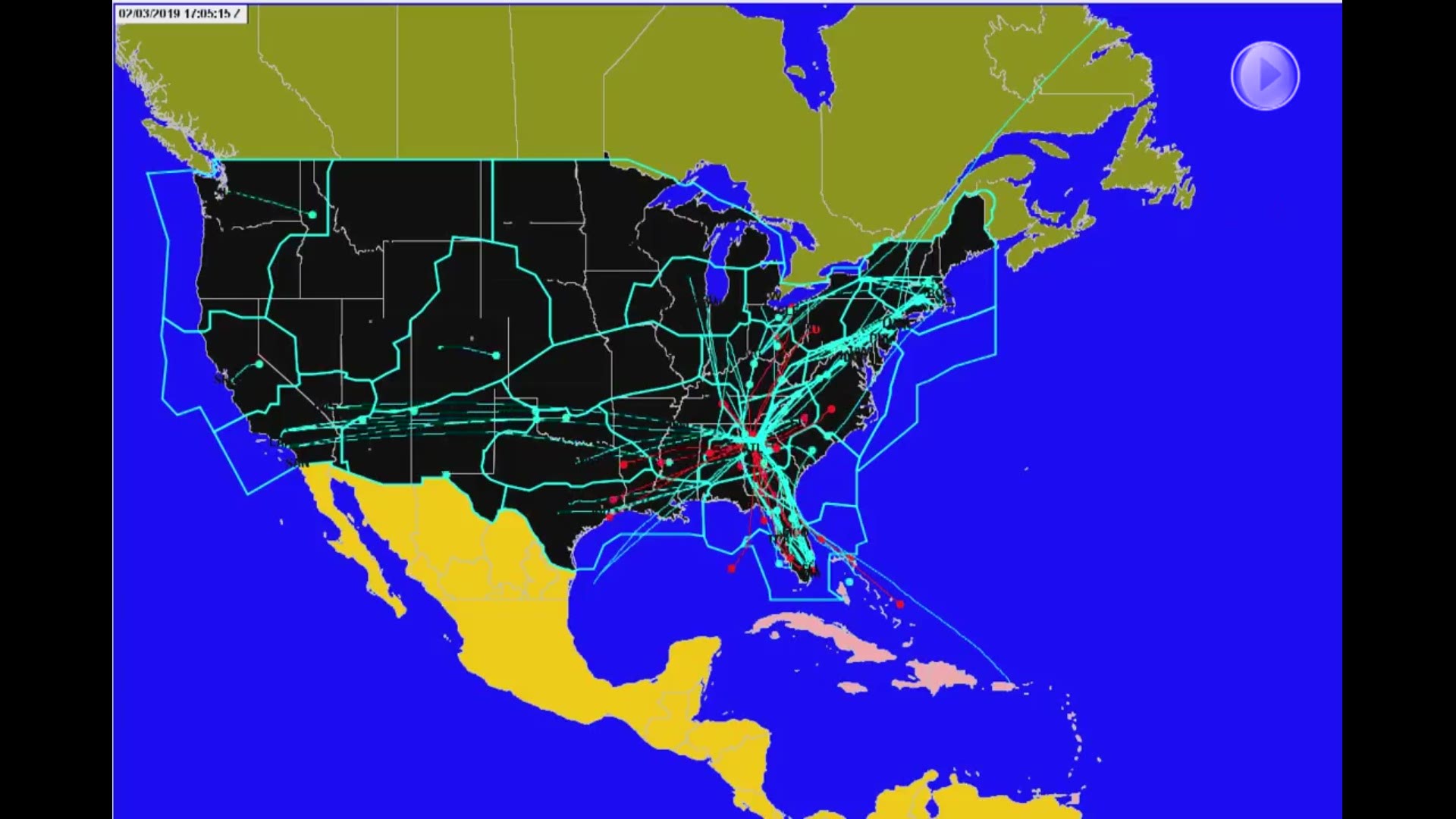 ATLANTA — Hartsfield-Jackson International Airport is no stranger to air-traffic given that in most metrics it's still the busiest airport in the world.

But the Super Bowl weekend - as seen from air traffic control maps - helps show just how massive the crowds were that were coming into Atlanta ahead of the big game.

The Federal Aviation Administration released a 1-minute animation that shows flight paths to and from Atlanta to help visualize roughly 1,500 flights over 36 hours - and then the prompt departure that followed.

As expected, it shows a steady influx of traffic coming into Atlanta in the days ahead of the game. But the most telling part of the animation happens about halfway through. It shows several red flight paths (those leaving the city) spreading out from Hartsfield-Jackson with many heading back toward New England, Los Angeles and - for some reason - Miami.

Feb. 4 - the day after the Super Bowl - ended up being the busiest day in more than a decade for Atlanta TRACON with more than 4,000 total fights either welcomed or safely sent on their ways.

RELATED: Atlanta has dark secret hidden near the airport runways