James Martin, who spent 15 years as a United States Marine, will be an honorary captain during Super Bowl LV. 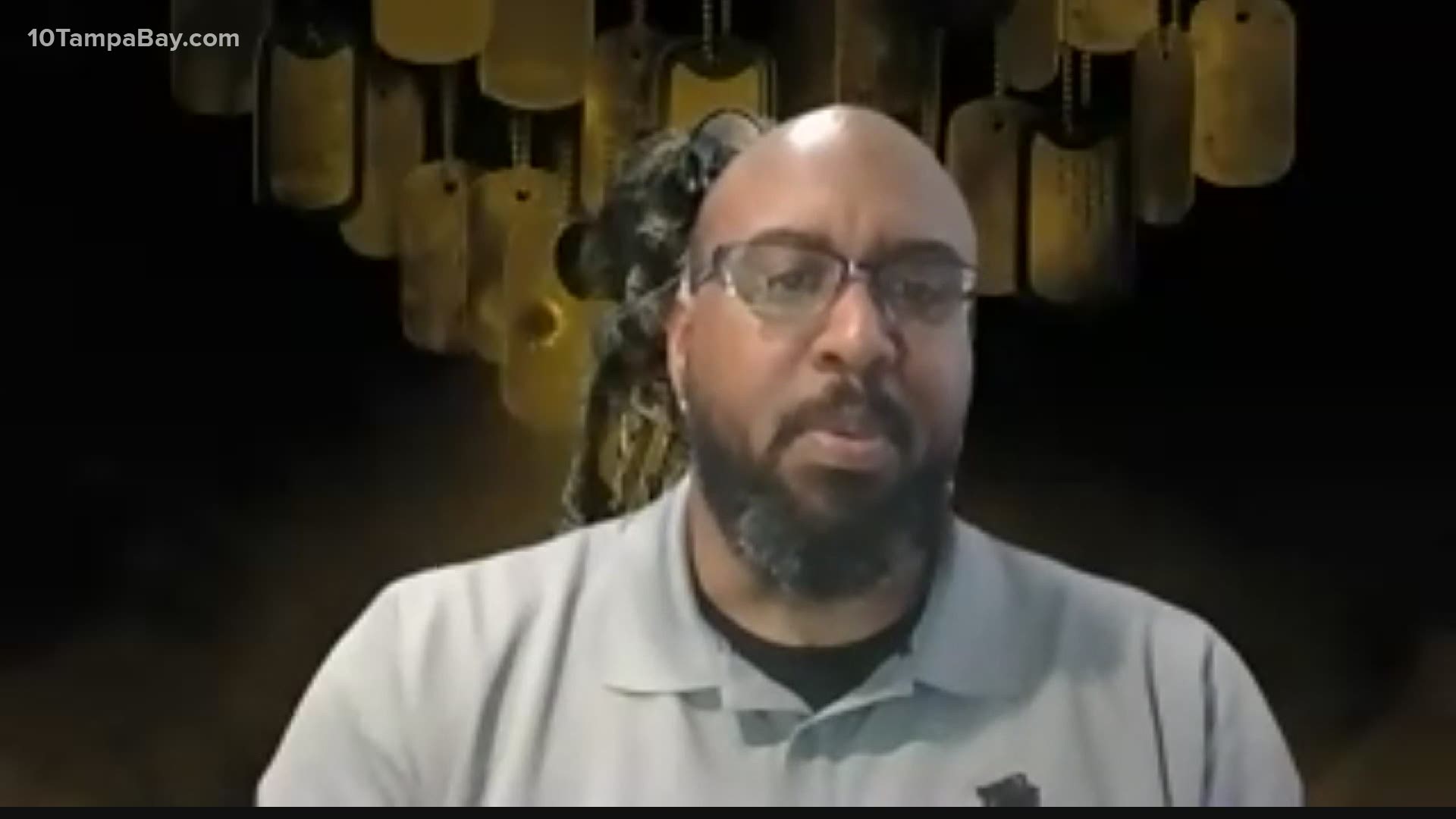 One of the four is James Martin, who spent 15 years as a United States Marine.

In 2013 Martin returned from his final deployment. Forty days after he returned home disks in his back fused together causing him to be paralyzed from the chest down. The injury was a result of run-ins with explosions while overseas.

“I remember laying in the bed waking up, I still couldn’t move. I looked at my kids and said, ‘you know how they always say God has a plan for you, well I wish he would’ve sent me a text,'" Martin said.

Martin fought to learn to walk again all while dealing with his own post-traumatic stress disorder. Martin now uses his experiences alongside the Wounded Warrior Project to help those dark days to help other veterans who are in a place he once was.

Martin, a die-hard Steelers fan found out he would get to go on the field Super Bowl Sunday via a Steelers legend, Jerome Bettis who delivered the good news.

Martin will be joined on the field by Suzie Dorner, a nurse manager from Tampa, Florida, and Trimaine Davis, an educator from Los Angeles, California.