Kyle Shanahan is the head coach of the San Francisco 49ers, but in the 2017 championship game, he was the offensive coordinator for the Falcons. 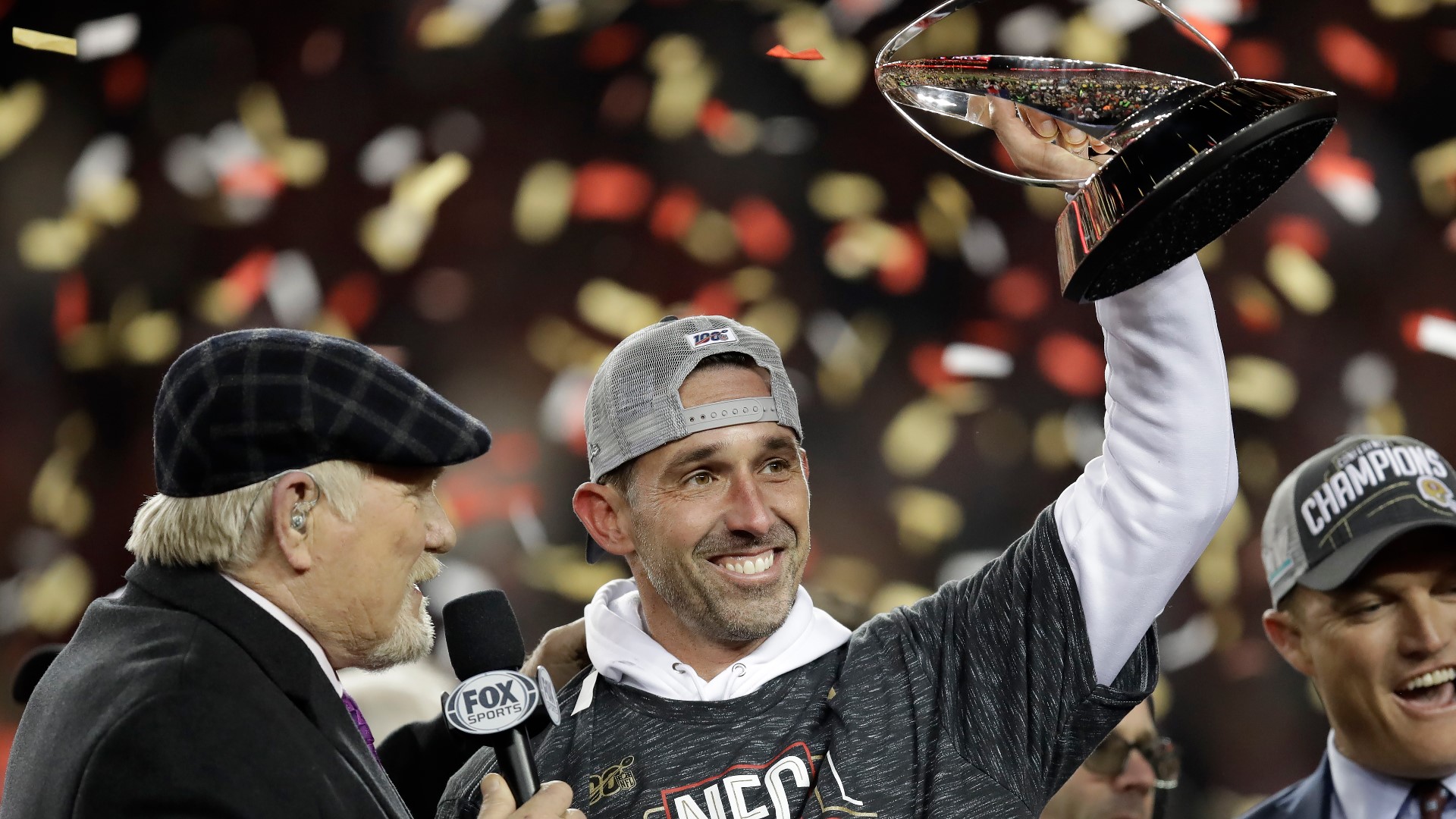 It's a game and a score that is forever in the memory of sports fans in Atlanta.

Super Bowl LI ended with the Falcons losing 34 to 28 against the New England Patriots.

Kyle Shanahan is the head coach of the San Francisco 49ers but, in that 2017 championship game, he was the offensive coordinator for the Falcons.

"The days after were real tough," he said. "Losing a Super Bowl is extremely tough for everybody. Especially when you have a 28-3 lead going into the fourth."

Shanahan left the Falcons after that Super Bowl.

Now in his third year as head coach for the 49ers, he is headed back to the big game with a chance to redeem himself, even if he doesn't think the Falcons Super Bowl collapse is on him.

"The way it came down on me personally, I didn't react to that, I think, the way people would expect," he said. "There are definitely parts of that Super Bowl that I would love to have back and stuff. I was very hard on myself about, but the whole narrative of if I would have just ran it we would have won, I know that's not the case."

So, how much does haunt him?

"Not much anymore to tell you the truth," Shanahan said.

"It's nice to be able to move on and move out here and keep working," he said. "I'm glad I get the chance to go back."

Super Bowl LIV is set for Feb. 2. San Francisco will take on the Kansas City Chiefs.